Between the majestic Rungan and Kahayan rivers, just a few paces from the Sebangau national park, lays a jewel as yet relatively unknown to the world but increasingly in danger as the world fails to pay enough attention.

In the middle of the well-known and overexploited island of Borneo, benefitting from an unexpected level of protection from both a lazy river restricting its access and belief in a curse respected for centuries by local communities, a surprisingly rich forested ecosystem has survived. Until now.

As the scramble for lucrative natural resources and fertile soils continues to devastate the entire island, land that is both suitable and available becomes harder to find and heavy machinery moves ever-further into increasingly remote and inaccessible forests, paving the way for industrial oil palm plantations, threatening endangered tree species with extinction and taking with them the habitats of the most famous and precious species of Borneo.

In the Indonesian-controlled portion of the island, the province of Central Kalimantan is no stranger to such destruction: losing its forests at rates averaging close to 200,000 ha each year during 2000-09, it may be one of the Indonesian provinces worst affected by voracious natural resource extraction on an industrial scale. Old and new companies continue to eye its land to expand or to set up lucrative concessions, pushing the frontier of natural resources exploitation ever further into areas previously deemed inaccessible or too onerous to develop – and, with it, the ecological toll of timber and commodity production.

In that context, the enduring presence of any biodiversity hotspot should be considered an exceptional find – and one as rich as the Rungan-Kahayan landscape, extraordinary.

A remnant of the rich tropical forests of Borneo

Borneo is the third biggest island in the world and sustains some of its oldest rainforests and most biodiverse ecosystems.

Divided politically between Malaysia, Brunei and Indonesia, it is also the home of such majestic flagship species as the clouded leopard, the pygmy elephant and the Bornean orangutan.

The large area of forest delimited by the Rungan and Kahayan rivers straddling the Palangkaraya and Gunung Mas regencies of Central Kalimantan has benefitted from the protection of being less easily accessible.

Covering over 100,000 ha, it is now the largest remaining such landscape left without protection in Central Kalimantan.

A preliminary month-long survey conducted in 2010 demonstrated that the landscape is home to a number of important species, including more than 20 birds, reptiles, amphibians and mammals listed by the International Union for Conservation of Nature (IUCN). Transects and camera traps captured evidence of the presence of flat-headed cats and the Bornean orangutan, suggesting the landscape could be home to one of the largest as yet unrecorded populations.

Many of the species recorded are wide-ranging and owe their endangered status to rampant habitat destruction, in Borneo as in in other parts of Indonesia, by unregulated and unsustainable natural resources extraction.

The Rungan-Kahayan forests hold another well-guarded secret – it is where old ulin trees have been looked after for generations by the Dayak people ...

The ulin tree (Eusideroxylon zwageri), native to South-East Asia, is listed by the International Union for Conservation of Nature (IUCN) as vulnerable.

The strong and durable nature of its timber has long been popular with loggers and this, combined with the ironwood’s slow growing rate, has caused its decline since the 1950s. Despite Indonesia banning its export, the illegal logging of the species continues and ulin is now increasingly rare in Indonesia.

Ulin forests are even rarer.

The expanse of forest between the Rungan and Kahayan rivers holds concentrated pockets of the ironwood trees, with specimens well over a century old. It has benefitted both from a lack of access, which until now made forest exploitation financially uninteresting, and from the effective protection of local Dayak communities.

Some Dayak communities of Borneo, which value the species as a spiritual protector, believe the presence of ulin trees alone explains why their land is free of tigers and elephants.

According to local beliefs, ulin trees are alive inside and cannot be cut for fear of immense misfortune. Indigenous communities do make use of the forest but are sure to do so according to local values, acting as its guardians to ensure the protection of the trees and the ongoing availability of resources.

Some communities, such as Mungku Baru, actively protect and replant ironwood trees, although those which do so are increasingly rare.

The community of Mungku Baru tells the story of its sacred ulin forest, protected for generations by belief in a curse which has contributed to the creation of this rare bastion of biodiversity in the Rungan-Kahayan landscape and which is further believed to have continuously spare the community the devastation of floods and weather events.

The pillaging of paradise

With rich forests, fertile soils and reported mineral ores, it was only a matter of time before the Rungan-Kahayan landscape became attractive to agribusinesses and its relative remoteness ceased to be a barrier in the context of a dwindling availability of land.

In recent years, the number of permit applications, allocations and illegal operations has increased dramatically in the Gunung Mas and Palangkaraya Regencies which the area straddles. Over the 100,000 ha area between the Rungan and Kahayan rivers alone, 10 industrial concessions at varying degrees of legal compliance have split up the land between timber extraction, mining and plantations of acacia and oil palm.

If the way similar operations have been carried out in the rest of Central Kalimantan is anything to go by, the pristine Rungan-Kahayan landscape is headed for environmental destruction.

And this would not be the only devastating consequence.

In the face of this mounting pressure on their lands, villagers and local communities have started to look into strategies to safeguard their resources. Some have engaged in open confrontations with companies accessing their forests and have managed to stop some clearing operations. In the community of Mungku Baru, the biggest in the landscape, villagers are looking into more official, long-term solutions such as designating a 20,000 ha portion of the land as hutan adat (community forest). This designation would include the sacred ulin forest, but the process is a slow one.

Mungku Baru reached out to the Borneo Nature Foundation in 2010 to carry out the preliminary surveys necessary to apply for hulan adat designation. The compelling results of these preliminary surveys in hand, the Borneo Nature Foundation has taken a leading role in a consortium of community groups, NGOs, academic and government bodies to understand, promote and ultimately preserve this threatened forest.

The Foundation has since worked tirelessly to continue surveying the biodiversity in part of the landscape and to promote it at national level, including at the latest orangutan Population and Habitat Viability Assessment (PHVA) meeting held in in Bogor during May 2016. 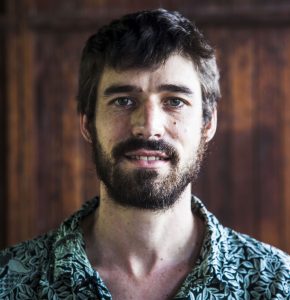 “The most important thing to understand is that the area is not protected but holds many endangered species … The preliminary survey found that it is a very important forest, a hotspot for Asia”

A team from the Muhammadiyah University in Palangkaraya, led by Ibu Siti Maemunah, Dean of the Faculty of Forestry and Agriculture, has been playing an key role at the local level during the past few months, coordinating efforts with Mungku Baru to secure the protection of its sacred forest from the operations of PT Taiyoung Engreen. The company has agreed not to enter the ulin forest and to set aside the sacred 500 ha from clear cutting; an application is currently under way with local authorities to give legal recognition to Mungku Baru for its rights and access to the forest.

In parallel, Ibu Siti has managed to secure from the Kabupaten of Palangkaraya 5,000 ha of forest which is now dedicated to education in sustainable forest management for the students of Muhammadiyah University. All the in-depth surveys carried out this year by the Borneo Nature Foundation were led in the education forest. 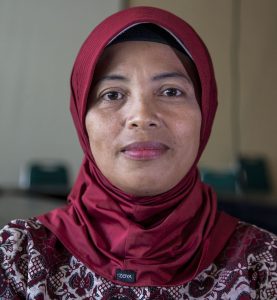 “Our hope is to fight together to obtain from Government a legal SK status for the indigenous forest, which has been highlighted as a matter of importance to the community, also as a broader question of the sovereignty of indigenous communities across Indonesia. Our effort is to seek legal status and hope that the forest could be managed by the Mungku Baru community itself, with only our assistance”

By coordinating efforts at the local level, Ibu Siti has also managed to promote the forests to local authorities, many of which are sympathetic to the objectives of the consortium. So much has been achieved by united efforts that there is now hope for the  preservation of more of the Rungan-Kahayan landscape – but the fight is far from over to achieve its full protection from further destruction.

“Ulin forests are extraordinary because it is difficult to grow ulin trees. I have already been to that [the Rungan-Kahayan] area three times: there are so many ulin trees, I want to introduce it to the community all across the world. From Palangkaraya for the world, let’s protect ulin” – Pak Herie, former assistant to the mayor of Palangkaraya

EIA stands in solidarity with the people of Mungku Baru and of the Gunung Mas and Palangkaraya regencies, and is lending its active support to safeguard the future local communities and indigenous peoples want for the Rungan-Kahayan landscape.