After more than three decades as the world’s most successful international environmental agreement, the Montreal Protocol is now being put to the test by illegal manufacture and trade in banned or controlled chemicals which damage the ozone layer and drive global warming.

Alarmingly high, unexplained CFC-11 emissions were initially exposed by scientists in a letter to Nature. Our subsequent undercover investigations identified illegal production and use of CFC-11 in China for the polyurethane (PU) foam insulation sector as the likely root cause. 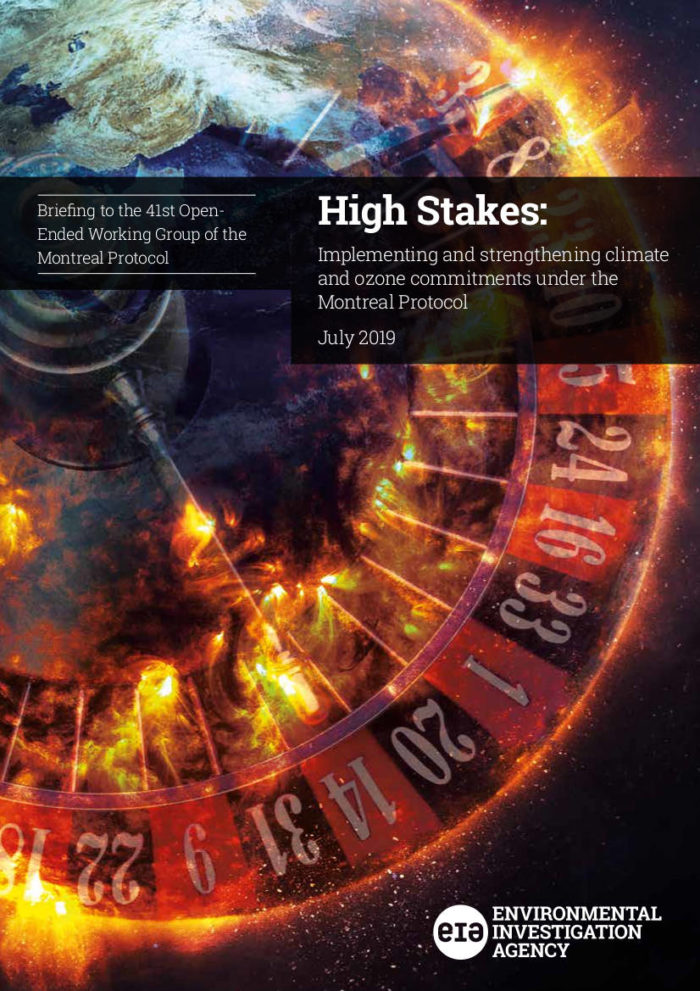 A new study in May confirmed the findings, primarily in the north-eastern provinces of Hebei and Shandong; 40-60 per cent or more of the global emissions increase since 2012 can be attributed to this region.

Climate Campaigner Sophie Geoghegan said: “The huge and alarming CFC-11 spike must inevitably raise questions as to the fitness of the Montreal Protocol’s institutions and controls.

“This considerable illegal trade, including illicit production as well as use, happened on the Protocol’s watch and we’re calling for a comprehensive fitness check of the Montreal Protocol to ensure it keeps ahead of the game.

“These will ensure not only that ozone-depleting substances (ODS) continue to be phased out but also that the Protocol can properly address new challenges unique to the phase-down of hydrofluorocarbons (HFCs) under the Kigali Amendment.”

High Stakes also provides analysis and recommendations on a number of specific issues for discussion at the 41st OEWG, including: