Some of the companies committing the worst deforestation for palm oil have been entering the supply chains of major international companies with ‘no deforestation’ policies – including consumer brands such as Colgate-Palmolive, Nestle and Unilever – in a clear breach of those standards.

This is highly concerning and shows that the policies and procedures that companies have in place to ensure no deforestation are insufficient, given that palm oil coming from forest clearing has still been entering their supply chains and, no doubt, European markets and supermarket products.

With the EU having just agreed the text for a new regulation to ensure that only products free from deforestation are sold in its marketplaces, companies will need to up their game to ensure they are in compliance.

PT Permata Sawit Mandiri (PSM) is a palm oil company in West Kalimantan, Indonesia, which is reported to have cut down up to 1,300 hectares (ha) of rainforest in the first half of 2022.

While both Goodhope and Bumitama have now reportedly ceased sourcing from PT PSM after being alerted, they were sourcing from PT PSM up until January 2022 and August 2022 respectively, and therefore PT PSM’s palm oil – and the associated deforestation – would have entered international supply chains. 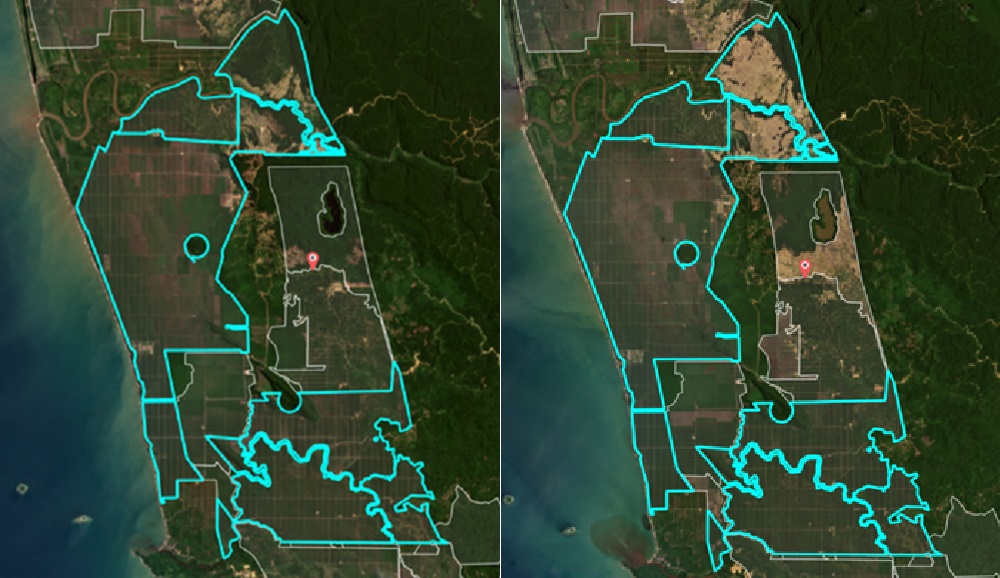 PT SSS (formerly PT Anugerah Langkat Makmur) in Mandailing Natal, North Sumatra, Indonesia cleared about 350 ha of forest in 2021 and about 660 ha of rainforest in 2022.

PT SSS has been supplying palm oil to the Roundtable on Sustainable Palm Oil (RSPO) certified Sikarakara mill, owned by PT Rimba Mujur Mahkota, a part of the Pasific Agro Sentosa Group since at least 2020.

While Sikarakara mill reportedly ceased sourcing from PT SSS as of early 2022, palm oil and deforestation from PT SSS would have been entering international supply chains prior to this.

PT IKS and PT IKSJ have deforested an estimated 700 ha of rainforest in 2022 after restarting clearance earlier this year, as we reported.

PT IKJS’s mill is listed as supplying to Grupo Bimbo, one of the world’s largest baking and snacks companies, through International Flavors & Fragrance (IFF).

IFF is an ingredients manufacturer and a major global leader in the food, health and biosciences industries. More than 4,000 companies globally use its flavourings and scents in consumer goods such as fabric softeners, soups and deodorants.

It is unknown whether IFF is still continuing to source from PT IKJS’s mill at this time, with Grupo Bimbo stating it is engaging with its supplier to take action and clarify the deforestation allegations.

Companies must do better

Despite ‘no deforestation’ commitments, major international companies have still been receiving palm oil from plantations that are actively deforesting.

The EU’s new regulation – for which EIA has long campaigned – will require companies to ensure the palm oil and other commodities they are placing on the EU market are not produced on land that has not been subject to deforestation after 31 December 2020. These companies therefore risk being in non-compliance.

EIA contacted a number of the major international companies, many of which confirmed the mills in their supply chain had been buying from the actively deforesting concessions named above but which state action has now been taken and the sourcing has ceased.

However, this deforestation should never had ended up in their supply chains in the first place.

As the new deforestation regulation in the EU is set to be formally adopted, companies will need to up their game.

This new law will require those supplying the EU market to trace the palm oil they buy right back to the plantation and to ensure it is both legal and deforestation-free.

To judge from the cases cited above, such a law is evidently much needed. 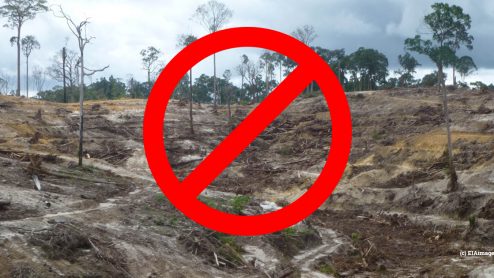