At EIA, we were thrilled to hear the remarks of US Secretary of State Hillary Clinton on the need for renewed international efforts to combat wildlife crime.

It has been 12 years since the United Nations first recognised wildlife crime as a form of serious transnational organised crime, deserving of a commensurate organised enforcement response. Since then, the UN Economic and Social Council and the Commission on Crime Prevention and Criminal Justice (CCPCJ) have passed a number of resolutions calling on member states to strengthen legislation, penalties, multi-agency and international cooperation. 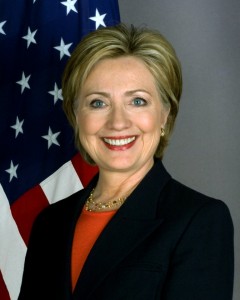 Translating these international statements of intent into reality takes political leadership at a national level, however, and we hope that Clinton’s initiative will have a knock-on effect among senior leaders in other countries affected by wildlife poaching, illegal logging and timber trafficking.

Time is of the essence and there is a lot at stake – not least the survival of tigers, elephants and rhinos. Organised wildlife crime is a threat to peace, security and socio-economic stability. The criminal networks involved are fluid and adaptive and it will take more than just seizures of consignments of ivory and tiger skins to stop them.

The UN Office on Drugs and Crime has teamed up with the CITES Secretariat, INTERPOL, the World Bank and World Customs Organization (WCO) (collectively known as the International Consortium on Combating Wildlife Crime, or ICCWC). Among other things, they have recently launched a Wildlife and Forest Crime Analytical Toolkit in a significant collaborative effort to tackle wildlife and forest crime. Application of this toolkit will help states identify the gaps and obstacles to effective wildlife crime enforcement in their criminal justice and enforcement systems, and to develop strategies to overcome them.

We need to change the high-profit, low-risk nature of these crimes and support law enforcement that targets entire networks across countries. If we want to see an end to demand for the parts and products of endangered species, we not only need campaigns to address consumer behavior, we need to see policy-makers take action to stop the stimulation of demand in the first place; an end to parallel legal markets in ivory, for example, and an end to the farming of tigers for the skins, meat and bones.

Let’s get millions of people around the world to sign the wildlife pledge to tell our leaders that it’s time to call time on wildlife crime! Sign it here.

EIA is at the forefront of the investigation wildlife crime – see our reports and films for more information about our work to end ivory and tiger trade.