It’s a hectic time of year for EIA’s Global Environment team and this week we’ve all been in Brussels – even by our usual standards, it’s been a busy few days! 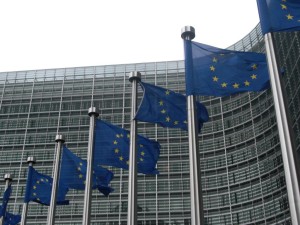 On Monday, at the quarterly meeting of EU Climate and Environment Ministers in Brussels, climate champion Denmark rallied support from a further five EU Member States to renounce the use of HFC-23 carbon offsets towards national emissions targets in their “effort sharing sectors”. That was the good news. The not so good news was that six of the 28 Member States refused to cede ground and extend the EU-wide ban on these credits to their “non-traded” sectors (ie, the ones that don’t fall under the EU Emissions Trading Scheme).

The six countries are Hungary, Ireland, Italy, Lithuania, Poland and Spain. There are multiple reasons why HFC-23 credits should be banished for good from all carbon markets: credits from HFC-23 abatement projects in countries such as China and India (which European companies and Member States have used to  “offset” their domestic greenhouse gas emissions) have been found to stimulate over-production of powerful greenhouse gases, divert finance away from domestic actions and sustainable projects and, in the case of HFC-23, directly undermine the goals of the Montreal Protocol.

The news that there are still six die-hard Member States unwilling to relinquish their stash of HFC-23 credits is all the more reprehensible as only two of them are having difficulty meeting their emissions-reduction goals. As recent statistics from the European Environment Agency demonstrate, the remaining four are comfortably on track to reach their targets and have no need for offsets. So the question is: what are they planning to do with their toxic credits?

On Tuesday and Wednesday, we attended the ATMOsphere Europe conference, which brings together experts from the air conditioning and refrigeration industry to discuss the latest developments in natural refrigeration. We presented the findings from our Chilling Facts V report on supermarket refrigeration and took part in a panel debate on the EU F-gas Regulation. It was a great opportunity to highlight the growing use of climate-friendly alternatives to HFCs around the world and to urge EU Member States to take action to ban HFCs in some key sectors. Member State officials and the European Parliament’s rapporteur, assisted by the European Commission, are currently thrashing out the details of a comprehensive review of the existing EU F-Gas Regulation so, hopefully, our messages got through loud and clear to the policymakers!

On Thursday, we were invited to discuss the EU’s double standards surrounding the use of HFC-23 offsets at an event organised by Carbon Market Watch at the European Parliament. Following the outcome of Monday’s Environment Council, we highlighted the need for a joined-up approach on the use of these toxic carbon credits. We also called for an international solution to put a stop to HFC-23 emissions worldwide.

This will be one of our key asks at the Montreal Protocol’s big annual Meeting of the Parties (MoP), which is taking place in Bangkok next week (October 21-25). We’re hopeful going into this year’s meeting that important progress will be made towards a global phase-down of HFCs. After years of political deadlock, recent high-level agreements by China, the United States, India and the G20 have paved the way for a potential deal and we suddenly seem a lot closer to success than we were even one year ago.

Watch this space for more updates from us next week!