It started in 2013 with revelations that the Laos Government was allowing the import and export of wildlife in contravention of the Convention on International Trade in Endangered Species (CITES).

But despite more than five years of non-compliance proceedings, there has been virtually no progress in Laos in relation to its tiger farms.

Ahead of 2016’s 17th meeting of the Conference of the Parties (CoP17) to CITES, Laos announced it would phase out tiger farms – a move enthusiastically welcomed since all tiger farms in the country were linked to illegal trade. 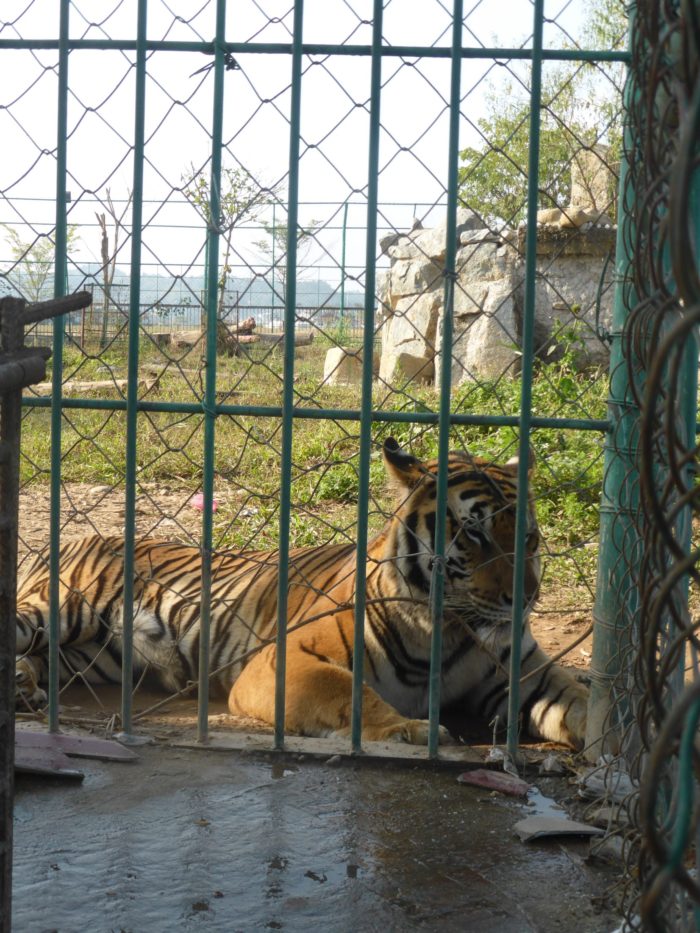 But instead of investigating the facilities, the Government last year issued an order allowing the conversion of existing tiger farms to safaris and zoos for “conservation, tourism and scientific purposes”.

Since then, the number of tiger farms has actually increased while existing operations have expanded.

Adding insult to injury, the tiger farm audit required under CITES Article XIII proceedings has still not been completed.

In a new briefing produced especially for CITES CoP18 currently taking place in Geneva, our Tiger campaigners make the case for imposing CITES trade sanctions on Laos until it is in full compliance and has acted effectively to curb illegal tiger trade.

Laos now has six captive tiger facilities which offer absolutely no educational or conservation value – but they have been linked to illegal trade in tigers and other wildlife.

All captive tiger facilities in Laos are run by companies implicated in serious illegal activity:

For example, the US Department of the Treasury has sanctioned the Zhao Wei transnational criminal organisation – responsible for the Kings Romans Casino and growing tiger facility in Laos’ Golden Triangle Special Economic Zone – for involvement in drug trafficking, human trafficking, money-laundering, bribery and wildlife trafficking.

Elsewhere, more than 300 tigers have ‘disappeared’ from the Vinasakhone tiger farm, according to the owners, and have likely entered the illegal trade.

And the captive tiger facility at the Say Nam Theun Resort, opened in 2018, has been exposed for breeding, killing and selling tigers prior to and during the official tiger farm audit. 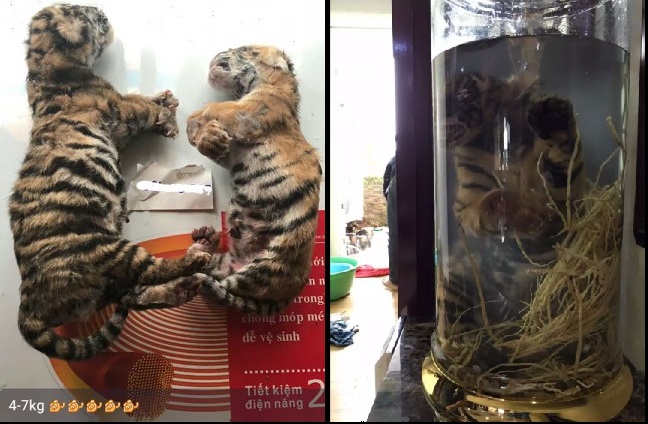 Between 2002-15, the Laos Government has licensed companies to breed, trade and export parts and derivatives of tiger.

With tigers treated as a commodity, and with no record of effective enforcement, it is no surprise that Laos’ wild tiger population is functionally extinct, poached to the edge of existence. Tiger farms have clearly not relieved pressure on wild tigers.

Against this backdrop, Chinese-run businesses in Laos continue to manufacture and sell tiger bone wine, tiger teeth and raw bones to visiting and resident Chinese nationals while Chinese tourists’ desire for tiger and other wildlife is catered for by Chinese-run tour groups arranging for private viewing and purchase of tiger parts, ivory and other illegal wildlife products.

Vietnamese traders, some based in Laos or with contacts in the country, conduct a prolific trade in dead tiger cubs, tiger skins and other tiger parts via WeChat. Unregulated breeding has led to huge numbers of cubs being born and – whether they have died due to inbreeding, poor conditions or have been slaughtered – this appears to be a supply that has created a market.

For its abject failure to address tiger farms and the flourishing illegal trade related to them, we are strongly recommending that CITES Parties immediately suspend commercial trade with Laos in all CITES specimens and that this sanction remains in force until Laos demonstrates significant improvement in implementing the CITES Secretariat’s recommendations as well as taking serious steps to tackle illegal wildlife trade. 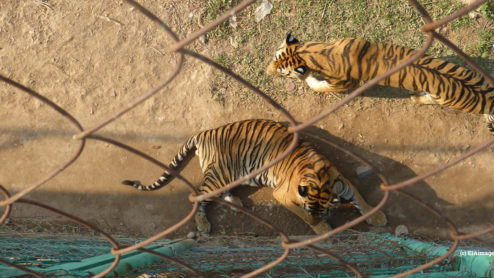 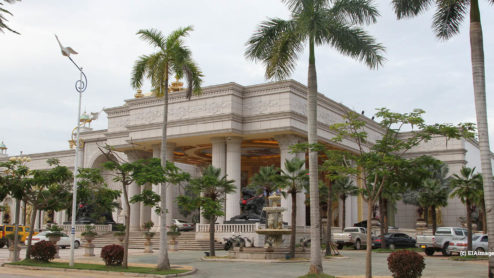