THE Hanoi Conference on Illegal Wildlife Trade opened today with an inspirational call by the Duke of Cambridge for greater action to end illegal wildlife trade: “The truth is we are still falling behind. A betting man would still bet on extinction.”

The Hanoi Statement adopted at the end of the day, however, is a long way from reflecting the urgency of the current situation, with wildlife being annihilated at an alarming rate due to criminality and corruption associated with wildlife trafficking and demand for wildlife products.

Further, the whole process of developing the Hanoi Statement also lacked transparency as it was put together with limited civil society engagement.

While recognising the detrimental impacts of wildlife crime and the need to improve legislation and enforcement efforts, the Statement merely calls for the international community to commit to actions – whatever they may be – to combat illegal wildlife trade, without specifying what those actions should be. Indeed, the Statement in its preamble recognises the “ICCWC Indicator Framework for Combating Wildlife and Forest Crime” as a valuable tool to assess criminal justice responses to wildlife crime but makes no commitment to adopt this tool as a monitoring framework to assess progress.

The Hanoi Statement was adopted by 41 countries and the European Union – but at the time of writing, only over a half of these countries had pledged specific actions.

EIA welcomes the actions proposed by some countries which could make a significant difference to curbing wildlife crime: for example, the UK, US and Germany committed to provide financial and technical support to develop capacity in tackling wildlife crime; Botswana committed to develop by March 2017 an internet tool called SADC-TWIX to facilitate information exchange and international cooperation between wildlife law enforcement agencies in the Southern African Development Community; and Malawi committed to develop bilateral agreements with Zimbabwe, South Africa and China by June 2017.

It’s no surprise that the pledges made by a number of countries vary wildly in ambition and relevance – from distributing brochures on trains (China) to ‘raising the profile of illegal wildlife trade at meetings’ (Philippines). Many of the pledges are also exceptionally vague and, without timeframes or quantifiable targets, cannot be measured. Moreover, many of the pledges are repeating commitments made in the past or relate to actions already underway.

In some cases, promises already made but yet to be implemented were blatantly ignored. Although China promised last year to close its domestic ivory market, it made no mention of a timeframe for implementing this now overdue promise. Similarly, the UK has repeatedly promised to ban all ivory sales but is yet to close its domestic ivory market, which has been found to cater largely to Asian consumers and exposed as an avenue for laundering illegal ivory.

Although Vietnam has repeatedly been hauled up for its nefarious role in wildlife trafficking – the latest being an investigation conducted by the Wildlife Justice Commission which exposed a major wildlife trafficking hub 20km from Hanoi – none of its pledges in the Hanoi Statement are concrete, timebound actions. 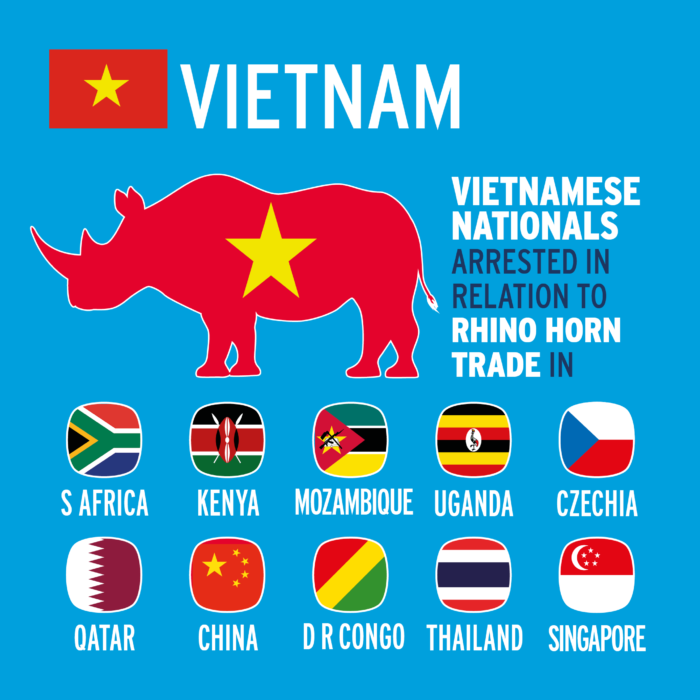 EIA’s latest report, Time for Action, looks back on the commitments made in London in 2014, at the first in this ongoing series of conferences on the illegal wildlife trade, to assess progress made and highlight examples of best practice and ongoing challenges.

The report finds that while there have been some positive examples of efforts taken to address the issue, overall the global response remains insufficient and many of the commitments unfulfilled.

If the tide is to be turned against wildlife criminals and reverse the high-profit/low-risk nature of wildlife crime, the time for action is now.

EIA strongly encourages world governments to build upon the commitments contained in the Hanoi Statement to produce ambitious, time-bound and measurable targets to effectively tackle illegal wildlife trade. The Hanoi Conference is an indication of continued political will to face the problem – now this needs to be translated into action before it’s too late.