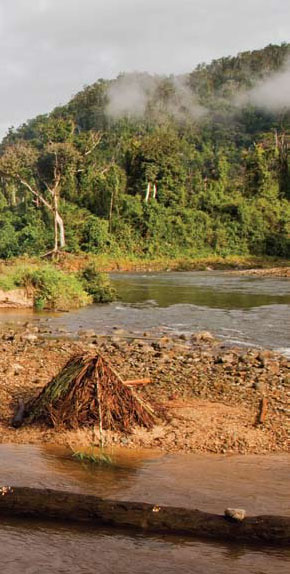 Gibson Guitars’ long overdue acknowledgement of Lacey Act violations – made in an August 6 Criminal Enforcement Agreement with the Unites States Government – has landed the firm with US$600,000 of penalties for importing illegal wood, setting a clear benchmark for EU government’s implementation of the EU Timber Regulation.

On August 6, Gibson Guitar Corp avoided criminal prosecution for Lacey Act violations by entering into a Criminal Enforcement Agreement with the U.S. Department of Justice that acknowledges Gibson illegally purchased and imported ebony wood from Madagascar. The Agreement levies substantial penalties, including US$300,000 fine, and a US$50,000 community service payment to the National Fish and Wildlife Foundation, on top of the forfeiture of $261,844 of Madagascar Ebony seized during enforcement actions.

Alexander von Bismarck, Executive Director of the Environmental Investigation Agency’s U.S. office – whose investigations into illegal logging in Madagascar significantly contributed to the case being investigated by U.S. officials – said “Gibson has accepted responsibility for importing illegal wood from Madagascar, and for the first time in history there are real consequences. The resolution of the first criminal investigation into the Lacey Act is a watershed moment in global efforts to stop illegal logging around the world.”

The Environmental Investigation Agency (EIA) welcomes the resolution of this landmark case as both a vindication of the amended Lacey Act itself, but also as a clear precedent for European Governments in the implementation of the EU Timber Regulation – EU legislation of a similar nature which is due to come into force in March 2013.

Faith Doherty, Head of Forests Campaigns at EIA’s UK office – which has spearheaded the development of the EU Timber Regulation – agreed.

“This landmark case sets a clear benchmark for European governments in their enforcement of the EU Timber Regulation from March 2013”, said Doherty, adding that “despite significant corporate and political resistance to justice, the U.S. government has this week demonstrated that principled enforcement of historic laws prohibiting illegal timber trade is both possible, and much needed, and we expect Europe to ensure EU law has the same effect.”

Both the Lacey Act and the EU Timber Regulation explicitly prohibit trade in illegal timber in the U.S. and EU markets respectively, and both laws mandate timber companies to exercise “due care” or “due diligence” when purchasing and placing timber on the market. While the Lacey Act came into force in May 2008, the EU Timber Regulation comes into force in March 2013.

In the EU, EIA is working to ensure member states are prepared for the implementation of the Timber Regulation, and that adequate political and financial resources are being deployed to ensure effective yet efficient enforcement is prioritized.  EIA is also working to ensure member states adopt adequate and harmonized penalties for breaches of the law – and are highlighting the penalties faced by Gibson as a step in the right direction.

Doherty said: “We hope EU governments and traders have taken note of the Gibson case. Only through the forfeiture of hundreds of thousands of dollars of illegal wood, and similarly high fines, will unscrupulous actors in the timber trade be dissuaded from disregarding both the environment and the law. This is also a very clear message to suppliers of wood worldwide. There is no room for illegally sourced timber or wood products in the market. We now have the law to help us.”