So, the 16th Conference of the Parties to the Convention on International Trade in Endangered Species (CITES) has concluded.

EIA campaigners and friends from range states were at this massive meeting in Bangkok, working hard and calling on Parties to stop stimulating demand for ivory, Asian big cats and rosewood.

Campaigner Shruti has given an insight into the overwhelming consensus on the current elephant crisis – slaughter on a massive scale and huge amounts of ivory being trafficked to feed demand in Asia.

EIA was key to securing the 1989 ban on international ivory trade in the first place, but since then there have been two CITES-approved legal sales of ivory to the consuming countries of China and Japan.

These sales have done nothing to stem the illegal trade in ivory and elephants are still being killed. EIA is saying: stop stimulating demand and close down both legal and illegal ivory markets.

The fact is, ivory traders in demand countries actually pay attention to what goes on in forums such as CITES – and EIA knows this because our investigations take place on the ground, in-country, and we talk to the traders themselves.

Talking to traders means we get the inside scoop on demand, supply, smuggling methods, their views on the criminal justice system, and what ‘legalised trade’ means for their business.

Environmental crime is organised crime, so we’ve long advocated a corresponding organised enforcement response. This means we recommend that enforcement agencies use a range of specialist techniques to identify and actively disrupt criminal networks.

In addition, arrest interviews, covert investigations and post-conviction interviews are all avenues where the thoughts of known and suspected offenders can provide valuable information to better understand what drives illegal activity. These opportunities can be variously used by enforcement agencies and crime-prevention researchers.

CITES and other international and bilateral forums need to understand that their decisions don’t exist in a vacuum – because criminal traders are listening to what happens next. 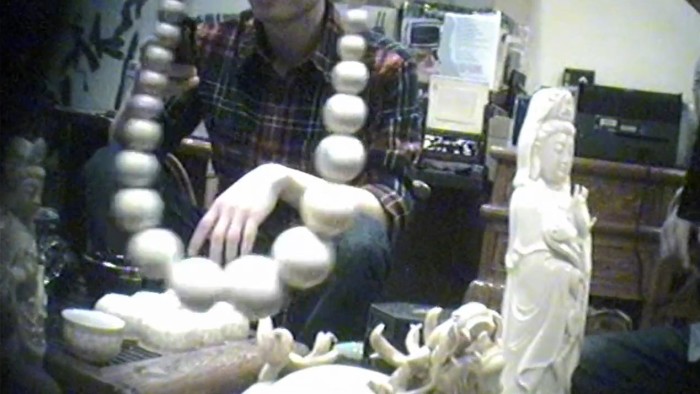 EIA undercover investigators are offered illegal ivory in Guangzhou, 2010; black market traders such as this man pay close attention to the activities and decisions of bodies such as CITES (c) EIA

Ivory traders in China in 2000 said that legal trade decisions at CITES would mean their business would “bloom vastly”. In 2010, traders said demand was so great “even if they kill all the African elephants, it won’t be enough to make these [chopsticks]”. This was the point where EIA discovered that 90 per cent of the ivory on the Chinese market was illegal.

Meanwhile, traders have talked consistently about how corruption helps business, highlighting yet again why corruption needs to be recognised as a key impediment to effectively tackling environmental crime; what traders say should be of interest to all those with an anti-corruption agenda.

Our new report The Inside Story: Environmental criminals’ perceptions of crime, corruption and CITES looks at how the rich resource of criminal perceptions can be used in many ways by the wide range of stakeholders combating environmental crime – be they enforcement agencies, academics and researchers, NGOs, journalists, crime prevention practitioners and policy- and decision-makers.

This is currently a hugely under-exploited resource, especially when you consider how insider information can help combat crime, secure the right kind of effective action across the whole criminal justice system, and highlight where legal trade is going so badly wrong.