Chinese Government policy continues to legitimise the use of body parts of wildlife species threatened by trade in traditional Chinese medicine (TCM).

Meanwhile, it’s also using its considerable influence to expand and promote TCM around the world.

We firmly believe that strict conditions must be placed on such State-backed efforts – namely, they must coincide with a commitment to end use of threatened wildlife in TCM.

The World Congress of Chinese Medicine opens today (8 November) in Budapest, Hungary and, having participated in last year’s Congress, EIA campaigners registered to attend the 2019 event well in advance.

We wanted the opportunity to give delegates a presentation on how a clear move away from using threatened wildlife would be mutually beneficial to both biodiversity conservation and the international image of TCM.

But while the Budapest-based host association was consistently welcoming, the China-based organisers did not respond to our application, nor to multiple follow-up emails and phone calls, and so effectively barred us from input to the event.

In the course of our investigations into illegal wildlife trade, our campaigners have witnessed at first hand the brutal real-life consequences of using wildlife in traditional medicine so this refusal to extend participation to civil society organisations should be of serious concern to all – especially when such events are held in the European Union.

The international promotion of TCM is touted as a significant element of China’s flagship foreign policy framework, the Belt and Road Initiative.

The Chinese Government’s plans includes the establishment of hospitals, TCM museums and ‘TCM centres’ around the world; State media has already boasted of 57 international TCM projects in 2018, including TCM centres in France, Germany and Poland. 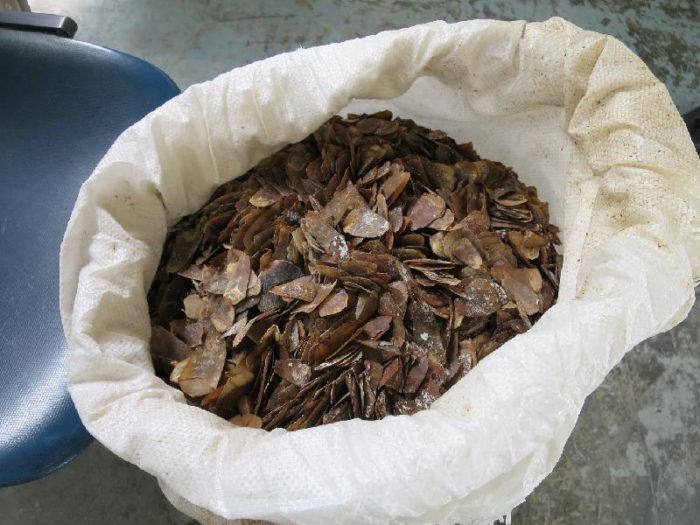 Meanwhile, Government policy continues to allow the use in TCM of wildlife threatened by trade, including pangolin scales and leopard bone, despite international trade bans adopted by Convention on International Trade in Endangered Species (CITES) in recognition of the threat trade poses to these species.

Opinion leaders within TCM have called for an end to the use of threatened wildlife, recognising that such a move would be in the best interests of the international image of TCM, as well as biodiversity conservation.

In addition, the large majority of Chinese medicines do not contain body parts of threatened wildlife and culturally acceptable substitutes already exist for ingredients such as leopard bone and pangolin scales.

But despite this, Chinese Government continues to pay heed to a small number of vested interests in maintaining support for use of threatened wildlife.

This unwelcome shift followed years of concerted lobbying from tiger farmers who had gambled large sums on a future opening of the market. Greeted with widespread condemnation both internationally and in China, the Government subsequently indicated that implementation of the policy was being temporarily delayed; however, it has not been repealed and is still displayed on the State Council website as valid policy.

The World Federation of Chinese Medicine Societies (WFCMS), a Beijing-based organisation with members around the world, has previously been supportive of wildlife conservation, with then-leadership calling upon members to reject use of tiger bone in 2010.

Tellingly, the full title of the event was “The 15th World Congress of Chinese Medicine & The Belt and Road TCM Academic Communications”.

As the push to promote TCM around the world gathers pace, the global community is failing to insist that such expansion must only happen alongside binding commitments to end the use of threatened wildlife.

Leopard bone on sale in China

The then-Italian Health Minister Giulia Grillo and Director General of the UN Food and Agriculture Organization José Graziano da Silva were both scheduled to speak at the opening ceremony of last year’s Congress but did not respond when we communicated with them ahead of the meeting to request they urge the WFCMS to reiterate opposition to use of tigers and other threatened wildlife in TCM..

By permitting – and, indeed, collaborating – in concerted efforts to promote TCM without condemning its ongoing use of threatened wildlife, governments, civil society and the private sector worldwide risk implicitly endorsing the industry as it currently stands and undermining efforts to move away from using wildlife.

This issue came to global prominence earlier this year when a decision by the World Health Organisation to formally recognise TCM for the first time – without condemning the use of threatened wildlife – was met with serious concern.

In the face of an escalating wildlife trade crisis, driven in part by demand for use in TCM, the current failure to place conditions on the international promotion of TCM is irresponsible.

It also fails to adequately support the efforts of responsible TCM practitioners and academics who do not use threatened wildlife parts and are encouraging an end to the practice but must then look on with dismay at the reputational damage inflicted by the actions of a minority.

Governments, civil society and private sector organisations around the world must recognise the major risks posed to many wildlife species of TCM expanding internationally in its current form.

The refusal by the WFCMS to allow EIA to engage constructively should serve as a wake-up call that this message needs to be sounded loudly and without delay.