The ocean. It is the original cradle of life on the planet. It flows into our dreams, surges through our imaginations, seeps into our creativity.

We’ve sunk mythical civilisations beneath its waves, dreamt up gods and monsters to populate its romanticised depths, established our civilisations along its shores.

It puts food on our tables, provides essential components in medical treatments that help counter conditions from arthritis to cancer, impacts on our weather. The plants that thrive in the ocean give us half of the oxygen we breathe. 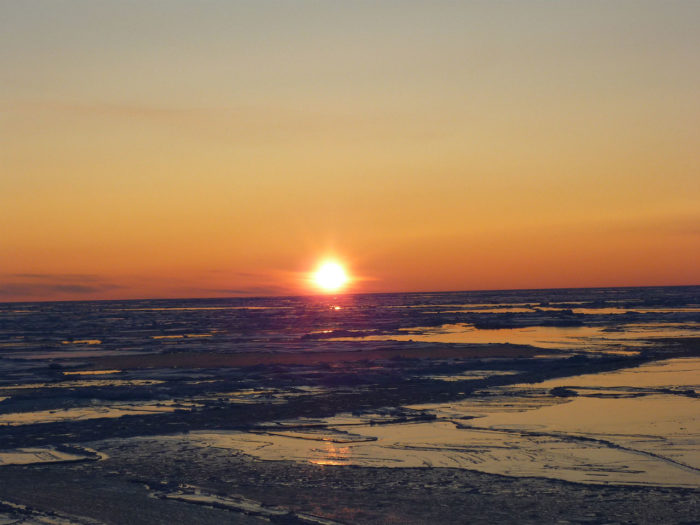 The marine environment may be home to as many as a million different species of animal and plant life, yet only about a quarter of them have been formally described.

Humans have subdivided it into the distinct geopolitical regions of the Arctic, Atlantic, Indian, Pacific and, most recently, the Southern (Antarctic) but in truth there is only one World Ocean.

The ocean covers some 71 per cent of the planet’s surface and it isn’t just important to life on Earth – it’s essential. No blue? No green.

And yet Mankind is heaping evermore insult and injury upon this remarkable environment, wrecking the harmonious balance of millions of years by treating it as a drain for the pollutants we generate and a larder we foolishly believe will never run dry. 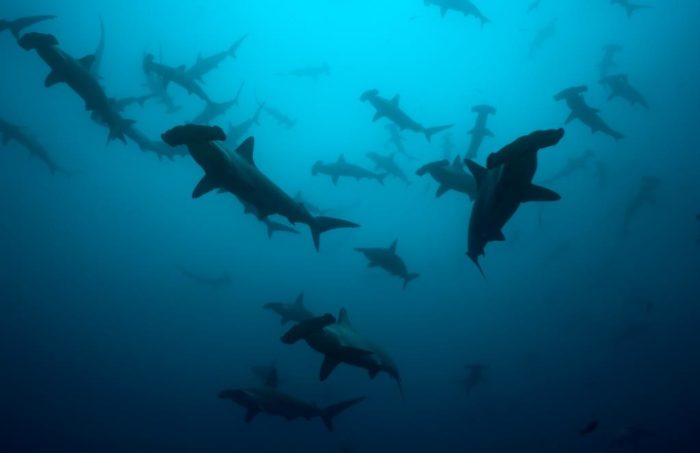 The ocean and its abundant life has been a cornerstone of EIA’s campaigning work from the very beginning of the organisation, its founders inspired to work together after their documentation of Norwegian whaling in 1983 and investigations into the Faroese pilot whale hunt in 1984 demonstrated the difference that could be made.

Commercial whaling remains a key aspect of EIA’s Oceans Campaign. Despite significant progress made in the past decades to safeguard these magnificent and often awe-inspiring creatures, whales, dolphins and porpoises are still persecuted for crude monetary gain, slaughtered for artificially sustained meat markets and captured to have their spirits broken, the better to entertain us on our vacations with fatuous tricks.

Japan remains the world’s apex predator of cetaceans, whether hunting them at sea or off the coast for a dwindling minority market that exists only via Government subsidy, a Government which quietly suppresses the dangers of consuming mercury-contaminated cetacean meat from its citizens even as it channels unwanted surplus into school meals programmes. Last year’s UN International Court of Justice ruling against Japan’s sham ‘scientific’ whaling in the Antarctic may not be the end of the story, as the country contemplates strategies to allow it to continue its needless slaughter in the largest whale sanctuary, the Southern Ocean. 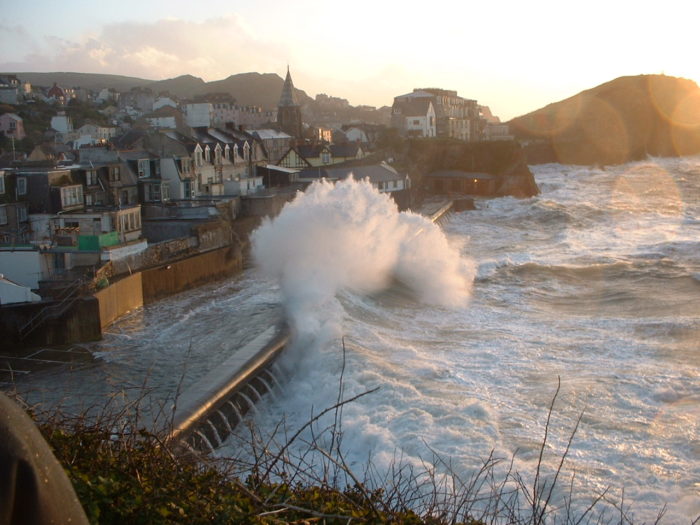 EIA also has a focus on Iceland’s renegade whaling, driven by multi-millionaire Kristján Loftsson who in recent years has been hunting protected fin whales, the second largest creature on the planet, for sale to Japan where he has used his own funds to help set up an import company to market fin whale meat as a luxury food – and, failing that, as dog treats. In fact, as I write this, some 1,700 tonnes of fin whale meat and blubber is on its way to Japan from Iceland aboard the vessel Winter Bay; 137 endangered fin whales slaughtered for a market that no-one even really seems to care about.

Appalling exploitation, certainly, but not unstoppable. EIA has worked long and hard to dramatically reduce the market for cetacean products in Japan, successfully persuading dozens of supermarkets in the country to stop selling whale and dolphin meat as well as the leading internet marketplaces of Amazon, Google and Rakuten. Only Yahoo! Japan remains a shameful hold-out –and work continues on that front.

The great whales are not the only cetaceans under threat – off the coast of Mexico, the tiny vaquita porpoise is down to fewer than 100 in number, not because it is being sought in its own right but as a result of entanglement in the nets used to illegally catch endangered totoaba fish, the dried swim bladder of which is in great demand in China for traditional remedies. 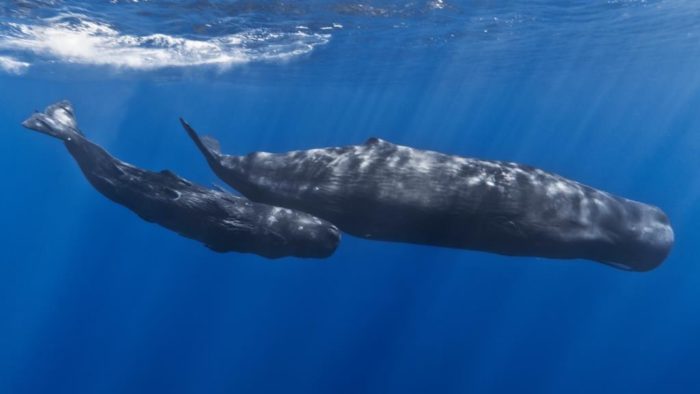 Another key issue on which the Oceans Campaign works is that of marine debris. It’s not so much a case as using the ocean as landfill for our garbage – although that happens too – more that we’re largely heedless as to where much of our harmful refuse ends up.

Today, a million single-use plastic bags are used every minute, more than a billion each day; most are used for a matter of minutes and many find their way into the ocean, where plastic debris is killing thousands of marine animals.

There are an estimated 250 billion plastic particles in the Mediterranean Sea alone, which has a devastating effect on all marine animals, with ingestion and entanglement causing prolonged suffering and death.

EIA is working collaboratively with a number of European organisations to address this all-pervasive problem. Some good progress was made late last year with the EU agreeing new legislation to significantly reduce the number of plastic bags over time but much, much more needs to be done. 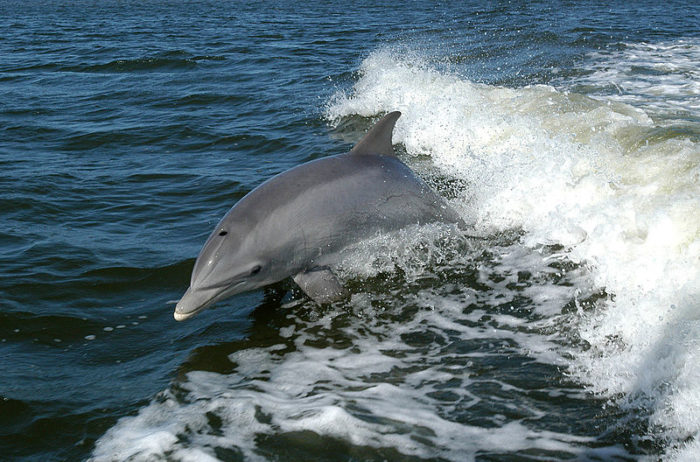 Hand-in-hand with this work is our engagement – along with many other NGOs – with the International Whaling Commission (IWC), seeking to slowly repurpose it from a regulatory body overseeing the exploitation of whales into one which plays an increasingly active role in the conservation of all cetaceans. EIA representatives have participated in all meetings of the IWC’s Conservation Committee since it was formed in 2004 and have contributed to the development of its conservation and welfare work for almost three decades.

At the time of the implementation of the international whaling moratorium in 1986, a growing body of scientific evidence was emerging on threats to the marine environment which had potentially severe but little-understood implications for whale, dolphin and porpoise populations; these included climate change, pollution, habitat degradation, over-fishing and entanglement. The IWC now has workstreams established to examine all sorts of environmental threats and sources of indirect human-induced mortality such as bycatch, marine debris and ship strikes.

Today, June 8, is World Oceans Day, an opportunity to reflect on the importance, complexity and sheer majesty of the marine environment.

More importantly, it’s an opportunity to remind ourselves of the myriad threats the ocean faces and what we all need to do to counter them – and for that, every day is World Oceans Day.