Tuesday’s headline-grabbing Climate Summit 2014 in New York was, depending on who you listen to, a triumph (the UN), a bit of a let-down (environmental NGOs), an important milestone towards an international agreement on reining in greenhouse gas emissions in 2015 (some journalists) or an attempt by rich nations to strong-arm China and India (The Hindustan Times).

That’s a pretty mixed bag and the average citizen could be forgiven for being a little nonplussed at the outcome, a sentiment reflected in the classically ambivalent headline “World Leaders and Activists Express New Hope and Frustration at U.N. Climate Summit”.

Even more bewildering were the statements issued on a rolling basis as the day progressed, ranging from a public-private compact on energy efficiency through a pledge of US $200 billion “for financing low-carbon and climate resilient pathways” by the end of 2015 to an important statement of support for a global phase-down of hydrofluorocarbons (HFCs) under the Montreal Protocol. Not to mention the national declarations made by Heads of State and Government, including a “notice of intent” to introduce domestic regulation on HFCs from Canada. 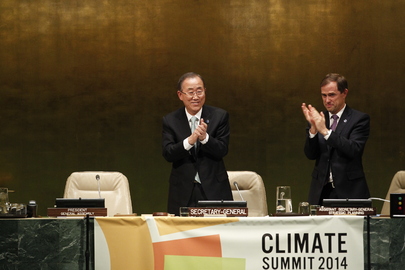 I must admit, I’m still undecided on how to rate the Summit. On the one hand, it seems clear that some of the announcements were just reheated existing commitments served up as new. This seems to be particularly true of developed countries’ financial pledges, which have left many observers scratching their heads and questioning whether they’re new and additional to what has already been committed.

But that’s not to say this massive “show and tell for world leaders” was a complete waste of time and effort. For one thing, it’s important to remember that this was no normal negotiating session but an extraordinary sitting to galvanize public opinion and get world leaders in a room together in an attempt to smooth the path towards a global climate deal next year. 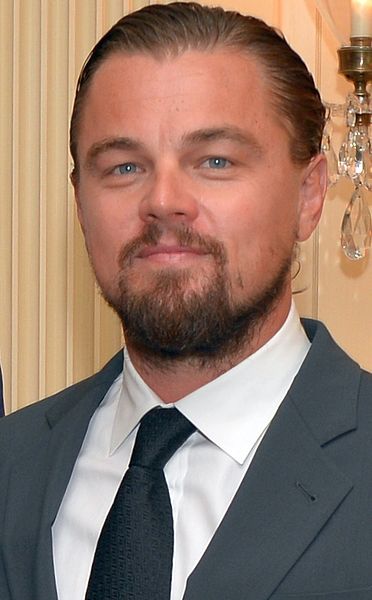 On the public opinion front, I would argue that the UN scored a minor success. While I doubt the Summit will be the main topic of conversation in pubs and cafes this week, recently appointed UN Climate Ambassador and actor Leonardo di Caprio had legions of fans swooning at his polished delivery of a speech urging world leaders to “make history … or be vilified by it”. What’s more, the hundreds of thousands of people who demonstrated against climate change in countries around the world last Sunday have certainly not gone unnoticed if media coverage is anything to go by.

On the world leaders front, I think the result is less clear cut. On the one hand, 100 heads of state and government attended the Summit, many of whom had never actually made a major public statement on climate change before. On the other, leaders from major powers such as China, India and Germany were conspicuous by their absence. The UK’s former Minister of State for Climate Change, Greg Barker, bemoaned the fact that many of the leaders who did turn up to speak didn’t bother to stay on for a networking dinner on Tuesday evening, which had been organised to help lay firmer foundations for a 2015 agreement in an informal setting (wining and dining counts, apparently, as a “soft diplomacy” approach).

In the end, what is agreed next year in Paris will be the yardstick by which success at the Climate Summit will be measured. I suspect that the eventual deal, once struck, will be cast in the same mould as yesterday’s proceedings, ie, slightly bewildering, good in places and poor in others. Only time will tell. For the next year or so, it will be all hands on deck to make sure the international community really does deliver on that promise for “a meaningful universal climate agreement in Paris in 2015”.

Finally, one particularly sobering statement that will stick in my mind is this, from Kevin Anderson, Professor of Energy and Climate Change at the University of Manchester: “When you really look at the numbers, when you really look at what’s going on, there is absolutely no genuine deep political drive toward reducing carbon dioxide emissions”.

I hope the people in power take note of that.