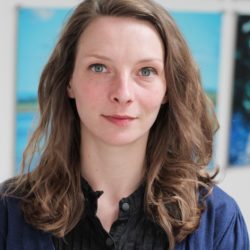 On Wednesday, EIA attended the National Environmental Crime Conference in London, along with a cross-section of civil society, law enforcement, academia and the media.

Under discussion was how technology can be used to prevent environmental crime. 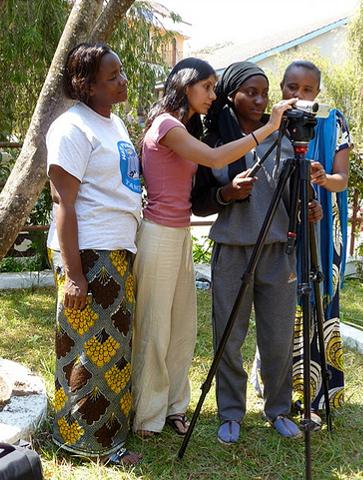 I’m of the opinion that technology can be simple or complex – but whatever it is, it has to be fit for purpose and work for the situation at hand.

EIA’s genesis in 1984 was the documentation of pilot whales hunts in the Faroe Islands. The ethos was, and remains, that films and images can tell a story and communicate issues in a very direct way. So from the beginning, technology was a means and a benefit – but it took the dedication and vision of real people to apply it.

Wednesday’s meeting gave some encouraging examples of bottom-up activities, such as forest monitoring in Republic of Congo for forest-dependent hunter/gathering communities. With this, non-literate users record their forest resources and forest destruction using smart mobile phones with cameras. The design of the phone software was developed through community participation. In areas without electricity, the phones can even be charged from cooking pots on the fire.

EIA is currently participating in a pilot project in Aceh, Indonesia, with the network Coalition for Forest Care Aceh (KPHA). This involves documentation of forest crimes using mobile phones which are portable and more secure for activists to possess in the field than standard documentation equipment such as GPS a camera and a notebook. Using a system called Open Data Kit (ODK), this information is mapped and the prevalence and type of crimes can be seen – whether for monitoring, advocacy or to push for official enquiries, this is a tool for civil society to monitor and spread awareness in a timely way. 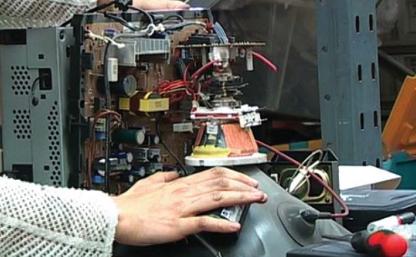 Both at the meeting and beyond, I have been impressed by innovative uses of technology for the detection and prevention of crime: DNA analysis of ivory seizures which help to distinguish the complex trafficking routes from where the elephants have actually been poached; detection dogs who sniff out ivory consignments in ports; pesticide drift catchers for communities to acquire the evidence to campaign for no-spray buffer areas and to raise awareness of health impacts.

How about no-cost or low-cost aerial equipment to count remote elephants, live and dead, or forensic-signature marking products for rhino horns in museums, which have been targeted by organised crime gang burglaries?  The potential for technology is all around.

But technology doesn’t exist in a vacuum, and its use depends on people with commitment, motivation, context and the means to best protect our intimately-bound habitats and ecosystems.

With a staggering 891 rhino poached in South Africa this year already (source: Department of Environmental Affairs, South Africa), rhino deaths continue to climb. Compared to just a few years ago, this massive increase has shocked many, begging the question: who is looking out for the next threat and what should the response be?

So for the top-down approach, we need decision-makers to not just recognise the importance of these issues but to implement effective changes which actually disrupt crime and also protect species, rangers and communities.

Civil society can put the issues on the table and push for frank discussions on the barriers to meaningful change. But as to the overall threat? If the causes of these obstacles are not honestly addressed, it just continues …