Plastic pollution has now been found in Antarctic sea ice, which has far-reaching consequences for the health of the planet and underlines the need for a global treaty the tackle it.

When we hear about plastic pollution, it’s normally the cigarette butts and drinks containers littering beaches, turtles suffocating on plastic bags and whales’ stomachs chock-full of discarded plastic which steal the proverbial limelight.

But while these images are worrisome, there’s a much more subtle and insidious form of plastic pollution that is still poorly understood – that of microplastics. 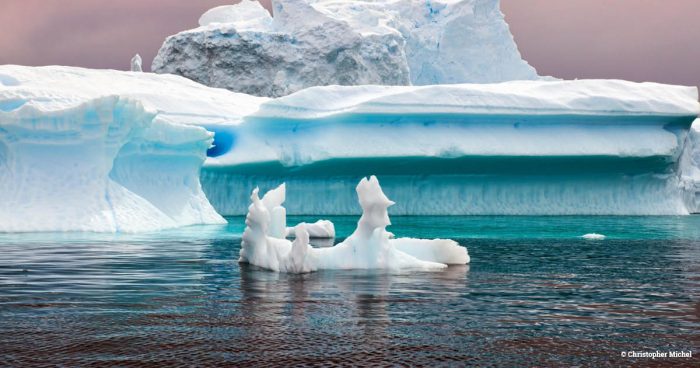 Plastics don’t break down in the same way as an apple core or banana skin; they simply fragment into smaller and smaller pieces. These microplastics are smaller than 5mm in size and have either broken down from macro (large) pieces of plastic or were manufactured that way, such as plastic pellets or microbeads in cosmetics.

An estimated 51 trillion particles exist in the ocean today – which is almost 7,500 particles for every human alive on Earth. Unlike the highly visible impacts of large plastics such as those inflicted on charismatic marine species, microplastics carry with them an entirely different but equally alarming set of impacts.

Over the years, microplastic pollution has been found almost everywhere in the world, from the high seas and the deepest depths of the ocean to blistering deserts and humid rainforests. However, there is one place no-one had ever looked for microplastic before – Antarctic sea ice – at least, not until very recently. Microplastics have already been discovered in Antarctica’s surface waters, sediment and snow but never in the sea ice itself – and this is significant for several reasons.

Researchers from the University of Tasmania melted down an ice core (a long chunk of ice drilled out) from Antarctica, to find and analyse any potential microplastic particles. Amazingly, they found 14 different types of microplastic and an average of 12 particles for every litre of water. They also found that the microplastics were surrounded by an abundance of algae that was growing in the ice. 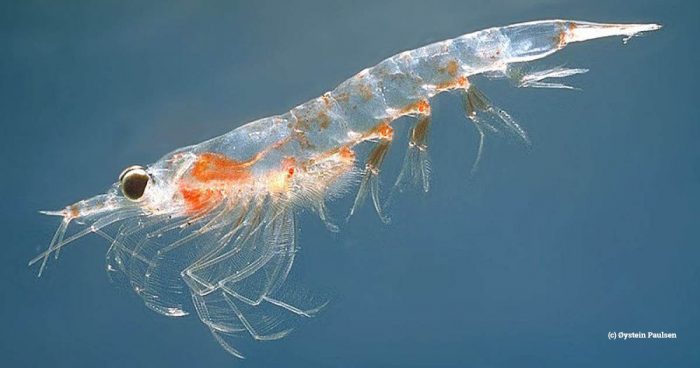 This kind of algae is normal in sea ice; about 80 per cent of Antarctic sea ice melts and reforms every year and these algae feed Antarctic krill – tiny shrimp-like animals which in turn feed whales and fish. Everything in the food chain is defined by krill and they are essential to the functioning of the whole ocean.

It is alarming, then, that these algae are growing directly on microplastics, because it means that some of the toxic chemicals found in plastic are likely making their way into krill.

As krill form the foundation of the marine food chain, these chemicals are therefore likely to accumulate in all animals in the food chain, including fish, whales and sharks, causing unknown damage to already threatened species and further contaminating the fish destined for human consumption.

The study really does highlight just how pervasive plastic pollution is on our planet, which has now infiltrated the most remote corners of the world. What’s more, rather than sinking to the bottom of the sea, it’s being trapped in surface waters where it does the most damage, for long periods of time.

What’s worse is that the ice core the researchers studied was more than 10 years old. Plastic production and use have only increased since then, which begs the question: if it was that bad 10 years ago, what is it like now? 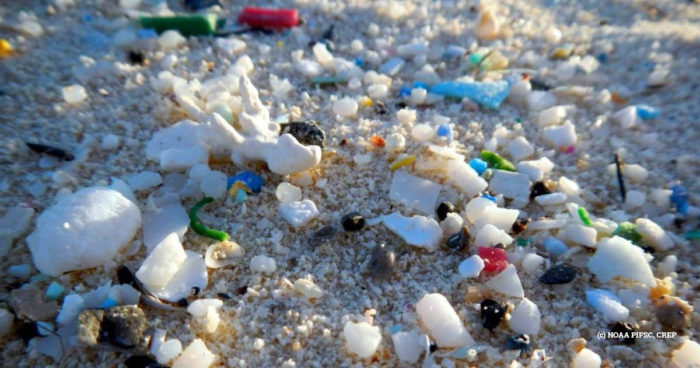 These findings confirm what has already been discovered by other scientists. In the Arctic (northern hemisphere), microplastics have already been found in surface waters and sea ice in even higher concentrations.

The remoteness of the polar regions is not enough to shield them from our throwaway society of never-ending production and disposal and this understanding has far-reaching political implications.

Plastic pollution is transboundary by its very nature and the impacts are felt far beyond the source locations, which emphasises an urgent need for global cooperation and action to tackle the problem. 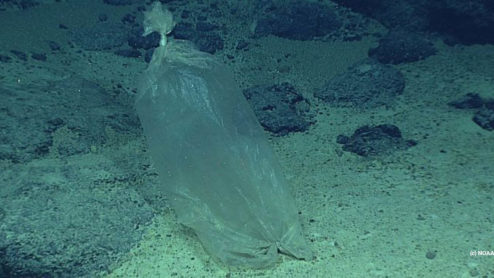