I had the privilege to attend the recent launch of the Great British Oceans campaign, which seeks to establish marine reserves around the UK Overseas Territories of Ascension, Pitcairn and the South Sandwich Islands.

In the magnificent surroundings of the Houses of Parliament, National Geographic Explorer-in-Residence Dr Sylvia Earle, explorer Paul Rose and the Sir John Randall MP spoke passionately about the rich biodiversity of these islands and their waters – and of the need to protect them. 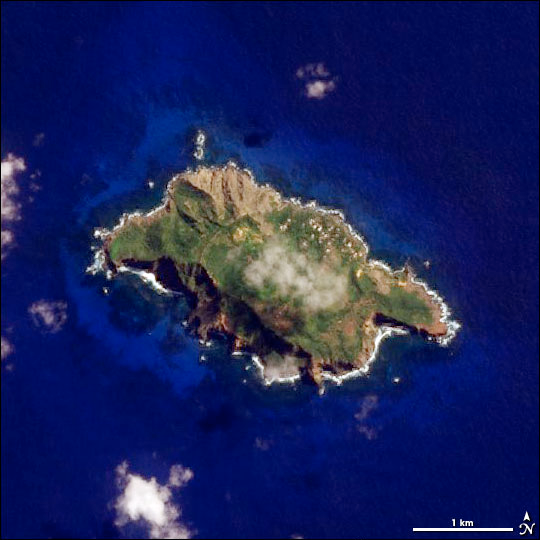 Satellite image of Pitcairn Island in the Pacific Ocean, by NASA

Just a few hours before she spoke, Sylvia arrived in the UK from Ascension Island where she had dived and hosted a premiere screening of the Mission Blue film which documents her work for the protection of the oceans.

She has been at the forefront of deep ocean exploration for four decades and has led more than 50 expeditions involving over 6,000 hours spent underwater. She was captain of the first all-female team to live underwater and, in 1979, walked untethered on the sea floor at a greater depth than any other woman before or since. In the film, she speaks of the glory of the oceans, the part they play in all our lives and the vital importance of maintaining their health: “The ocean is large and resilient but it is not too big to fail. What we are taking out of the sea, what we are putting into the sea, are actions that are undermining the most important thing the ocean delivers to humankind – our very existence.”

The Great British Oceans campaign is led by the Royal Society for the Protection of Birds, the Blue Marine Foundation, Greenpeace UK, the Marine Conservation Society, the National Geographic Society, the Pew Charitable Trusts and the Zoological Society of London. EIA is proud to support the coalition statement endorsed by more than 100 conservation and environmental organisations and individuals calling on the UK Government to protect the seas around the territories of the Pitcairn Island, Ascension Island and the South Sandwich Islands by creating large, fully protected offshore marine reserves. 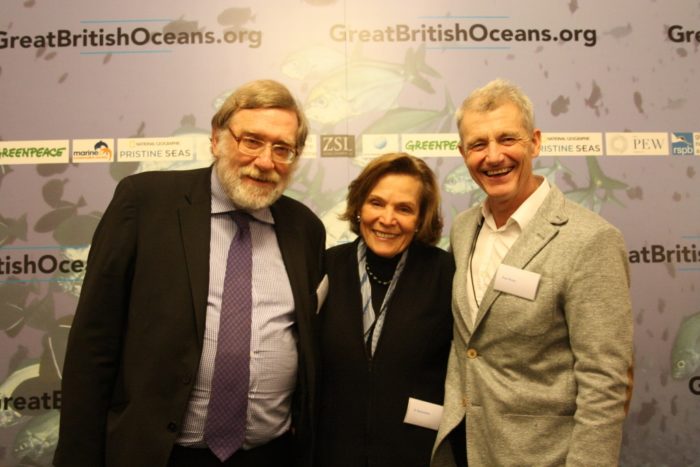 In Pitcairn’s case, this would create the largest marine reserve in the world while Ascension would boast the Atlantic’s largest.

With its 14 Overseas Territories, the UK is responsible for the fifth largest area of ocean in the world, measuring 6.8 million square km, over twice the size of India and nearly 30 times the size of the UK itself. These waters represent possibly the most diverse marine ecosystems, including a large number of rare and threatened species and habitats found nowhere else on Earth.

UK Overseas Territories are home to 94 per cent of all the flora and fauna for which the UK is responsible and 87 per cent of threatened species. These territories host the clearest water ever recorded, the largest coral atoll in the world, more penguins than any other nation and breeding grounds for endangered turtles.

Left unchallenged, unsustainable human activity in these waters will cause irreparable harm. These fragile and unique ecosystems face increasing threats from excessive fishing, including illegal pirate fishing. Pioneering satellite technology designed and developed in the UK by The Pew Charitable Trusts, the Satellite Applications Catapult and the UK Government, would allow analysts to identify and monitor illegal fishing practices in marine reserves, as well as alert them to vessels acting suspiciously.

The waters of the UK Overseas Territory of the Chagos Islands are already a marine reserve. The UK Government has the opportunity to increase the amount of the world’s ocean under full protection by 50 per cent in creating these three marine reserves; 36 per cent of the UK’s total maritime zone would be protected.

Taking action now would demonstrate the UK’s commitment to preserving our environment and making a globally significant contribution to ocean conservation. It would secure a lasting legacy for people, wildlife and our planet at very little financial cost.