As the gun slammed down on the table and I heard the chilling words “I can shoot you now and I may go to prison but I will still be alive, but you, you will be dead” I realised we were in serious trouble. 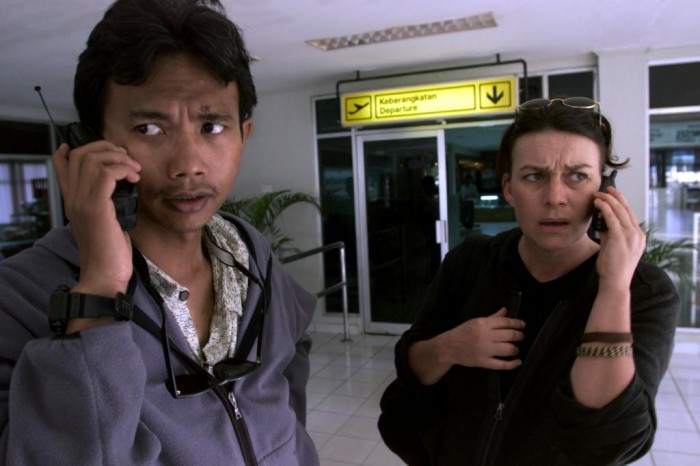 Ten years ago, after a series of EIA investigations exposing illegal logging in Indonesia’s Tanjung Putting National Park, I was kidnapped by a local timber baron called Sugianto working for his family’s timber company Tanjung Lingga.  It was chaos in Indonesia’s forests – President Suharto was gone and a power vacuum had opened up where local businessmen and politicians such as Sugianto and his uncle Abdul Rasyid were stepping in to plunder valuable timber from the country’s forests.

It was after this experience and further investigations that we realised combating illegal logging was going to take a lot more than documentation and naming names in forest countries. Who was buying this timber? Where was it actually going? Why was it that timber traders in consuming countries were profiting from this environmental crime and, even worse, getting away with it?

It started in Bali, at a Ministerial conference on illegal logging. It was the Forest Law Enforcement Governance (FLEG) initiative addressing producer countries. That meeting ended with the European delegation at the meeting adding the letter T for trade, and the campaign began to bring legislation to Europe. 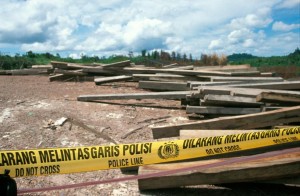 I want to acknowledge the role of the UK Government here as it played a seriously significant leadership role throughout this time. And I won’t pretend it was all light and easy because there were times when we were in a room with some of the most unscrupulous traders who refused to see which way the wind was blowing. But they just couldn’t win the moral argument, the truth of their dirty trade and how rotten their reputations were.

At last, Europe is taking responsibility and the timber trade is being transformed so that those who have profited from cheap illegal timber are going to have to be very, very careful as to where they are buying their supplies from. Questions must be answered and we will, by law, now know where our timber and wood products are coming from.

It’s not a silver bullet and there will be those who will continue to abuse the law, but we finally have a tool, something that can be used to go for the ‘big guys’ making millions and creating violence, driving poverty and stealing from people’s national treasures.

As an activist for over 20 years I have worked with some of the most courageous and quite simply awe-inspiring people these past 10 years who have fought hard to bring in this legislation, some of whom I work next to in the EIA office in London. I could write a book on some of the most extraordinary moments we shared along the way but, of them all, some really stand out.

For more than three years we worked with Indonesian civil society in-country and within Europe. We brought people from all over Indonesia, representing different communities and NGOs, to member states where they would explain to decision-makers what a law would really do to strengthen their fight against corruption and illegal logging in Indonesia. 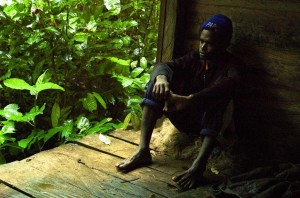 Frederick, at home in the Knasaimos Community, Papua (c) EIA

Some people who travelled with us had never left their village let alone the country. One such person was Frederick, a tribal leader from the Knasaimos Community in Papua. As part of an Indonesian civil society delegation, Frederick was invited to speak in the European Parliament, to urge MEPs to support our campaign for a prohibition. Following a successful campaign to oust a military police officer working in collusion with Malaysian loggers, the Knasaimos were under serious threat from other powerful interests. They really were literally fighting for their lives.

As EIA had been working with this community, I asked Frederick if he would be interested in coming to Brussels and speaking to the Parliament. The community said yes. We sent an EIA campaigner who was known to them to film and to bring Frederick to Jakarta where he would join up with our other Indonesian friends also coming to Brussels. Under strict instructions to be on time and not to even consider being late, the journey of Frederick’s lifetime began. They almost didn’t make it to the boat, down the river to the car, down the road to the plane. The weight and responsibility on Frederick’s shoulders from his community was made very clear with the biggest send-off and best wishes through a ceremony that left us twitching with nerves at the thought of missing “that boat”. But the entire group made it and off we all went to prepare for the meetings and, of course, the Parliament. 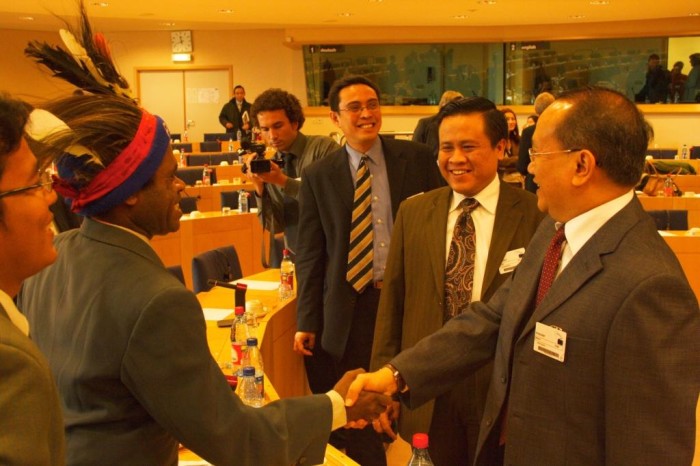 As I stood with Frederick in a small doorway before entering the room where we were speaking, he stopped me and said that he wanted to prepare himself. He reached into his bag and brought out his ceremonial head dress. He gathered himself and quietly recited some words to himself, looked at me, nodded and walked in. The speech he gave was the most heartfelt, truthful and emotional plea I had heard; it brought people to tears and gave the Indonesian diplomats something to really think about. You could have heard a pin drop, the emotions in the room were running very deep and the message was clear – do your duty, take responsibility and bring in legislation.

For our friends in Indonesia, who have worked so hard and have at times confronted some very powerful interests, I salute you because we couldn’t have done it without you. The partnership we have has shown to be resilient, powerful and something we all dreamed of and, most importantly, truly believed in is now here.

As for the people who tried to kill me, and who have continued to threaten other activists, watch out – I made a deal with myself during that horrible time that if I got out of that room, that town, away from those people, I was going to fight back.

My friends in EIA, and those within East Asia who we work with, are going to make this work. Even more importantly, we’ve got this far using the rule of law, not the barrel of a gun.