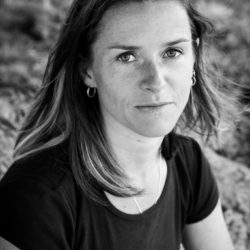 In a guest blog today, EIA is pleased to present an extract from Antonia Bolingbroke-Kent‘s new book A Short Ride in the Jungle: The Ho Chi Minh Trail by Motorcycle.

In the spring of 2013 I packed my panniers and set out from Hanoi alone on a mission to follow what remained of the once legendary Ho Chi Minh Trail. Riding an ageing pink Honda Cub called The Pink Panther, I spent the next six weeks following the Trail south through the muddy mountains and scorching plains of Vietnam, Laos and Cambodia. 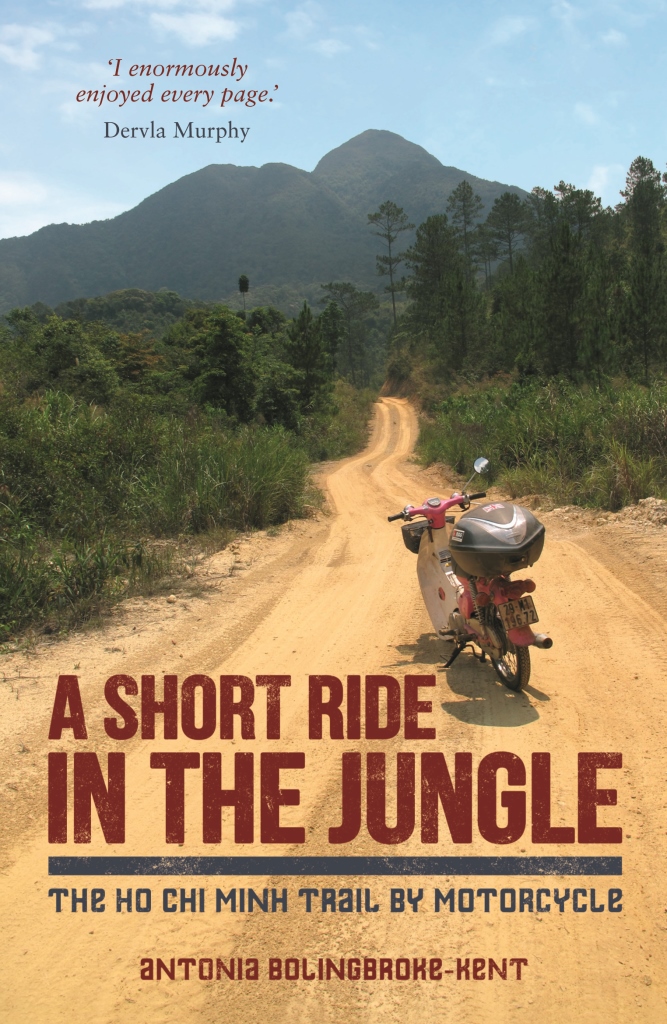 The means by which Uncle Ho’s communist North were able to send men and supplies to defeat the American-backed South, this once gargantuan transport network had been the fulcrum of the Vietnam War. But five decades on it was disappearing fast; a victim of time, nature and development. I wanted to explore it before it was too late.

Much of my journey was through the remote tribal regions of Laos’ southern panhandle, a mountainous, forested area once teeming with Indochinese tigers, gaurs, sun bears and countless other rare species. In recent decades, however, poaching, development, mining, hydropower projects and illegal deforestation have ravaged this mountain kingdom. And nowhere has suffered more than the scarcely populated, resource-rich regions once spliced by the Trail. I rode through impoverished communities whose ancestral lands were being dug up for gold, zinc, coal and bauxite extraction, ominously silent forests and bleak, logged wildernesses that until recently had been cloaked in superabundant virgin jungle.

Of the roughly three million touristswho now visit Laos each year, barely a handful make it to these inaccessible regions and hence few get to see the reality of the tragic loss of these forests. Hopefully, through reading my book a few more people might realise that Laos isn’t all beatific monks and gilded stupas.

Below is a brief extract from my new book about this journey, A Short Ride in the Jungle: The Ho Chi Minh Trail by Motorcycle. Here, I am riding towards Kaleum in Laos’ Sekong province on a new road that only a year before had been a dirt track through the jungle.

“On the outskirts of Ta Oi, I turned south to Kaleum on the packed, leveled earth of another infant highway. What was marked on the GPS as a small track through the jungle was now a gaping laceration in the landscape. It was wider than an English A-road, yet we were in one of the least-inhabited corners of Laos. It was soon evident that this was where all last night’s logging trucks were coming from. Hundreds, if not thousands, of hardwood logs were stacked by the empty roadside, each one numbered and colour-coded ready for collection. At what seemed to be the central depot queues of trucks waited for their loads to be craned on, directed by men in yellow hard hats. This was logging on an industrial scale. 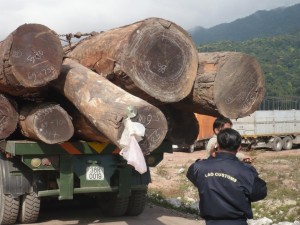 “With surging international demand for hardwood furniture, the forests of Laos are a veritable goldmine. Posing as timber dealers, undercover agents from London-based NGO, the Environmental Investigation Agency (EIA), were recently offered a thousand cubic metres of rare Lao rosewood for the incredible amount of $38.5 million. Teak, keruing and yellow balau fetch between $250 and $1000 per cubic metre. Such high prices are driving the systematic and illegal destruction of the country’s forests.

“In 2011, the EIA produced a damning report on the extent of illegal logging in Laos. The report showed how a coterie of well-connected companies routinely make illicit deals with the highest echelons of the Lao government. These deals strip the jungle around new roads, dam sites and mines, making a mockery of laws about quotas and export. Writing in 1641, Dutch explorer Gerrit van Wuysthoff said of Laos: ‘The mountains that surround it on every side fortify the land marvellously against the enterprise of foreigners … whole forests of full grown timber trees grow at the foot of these mountains, seeming to have been planted intentionally to serve as a rampart against the great falls of rain which would cause great damage if there were not this natural obstacle.’

“Nearly four hundred years later, his words have never been more poignant, and seeing all those felled trees made me despairingly sad. Their demise represented so much: deforestation, global warming, soil erosion, loss of habitat for countless species, the resettlement of powerless minorities. Development is one thing, stripping your country of natural resources quite another. It was eye-watering to think that a handful of wealthy people were selling off these forests in order to buy a bigger car, build a bigger house or buy their wife a diamond necklace. Looking at the undulating, verdant, superabundant forested hills that flowed into the distance I wondered if – a decade from now – a single tree would be left standing.”

Antonia is an author, TV producer and traveller. To find out what happened to her on the rest of her journey down the Ho Chi Minh Trail, her book A Short Ride in the Jungle: The Ho Chi Minh Trail by Motorcycle is available to buy online and from most good bookshops.