There are fewer than 4,000 wild tigers on Earth today. While populations may be stable in some parts of their range – notably in some areas of India – these are sadly the exception. 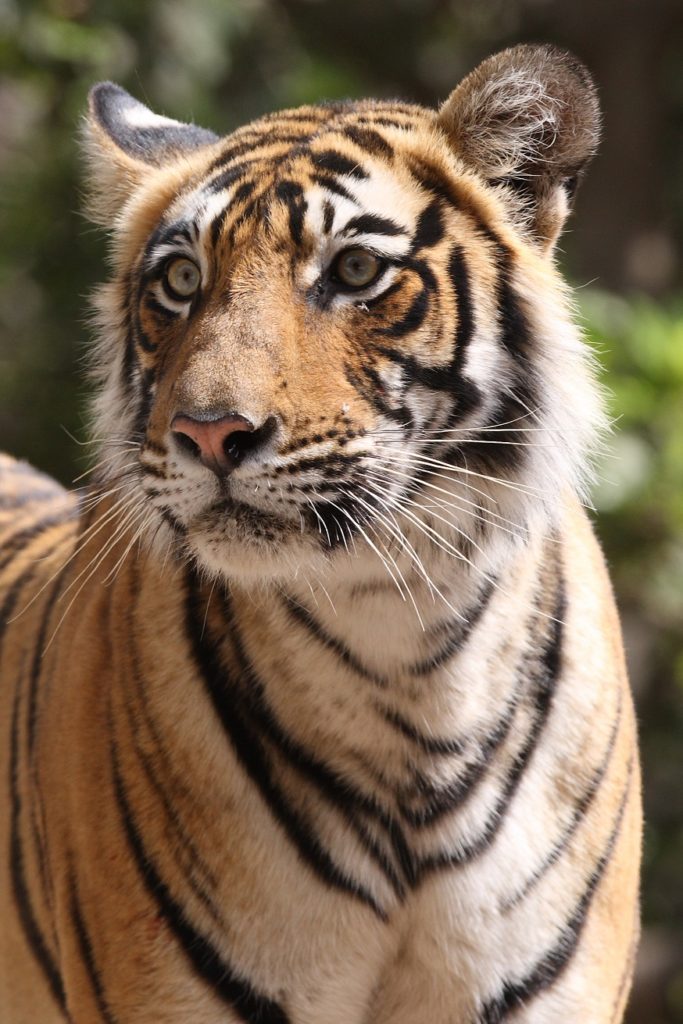 Tigers evolved to play a vital role as apex predators in ecosystems across Asia, from the valleys of Iran and boreal forests of the Russian Far East, through China to the tropics of Sumatra, Malaysia and Indochina. Already gone from much of this area, the last tigers in South-East Asia now face a poaching crisis of grave proportions, driven by rampant demand for and trade in their body parts.

The main threat to wild tigers across the rest of their range is poaching for their body parts, primarily among Chinese consumers, and this shows no signs of abating. According to data collected by the Wildlife Protection Society of India (WPSI), 31 tigers have been killed or traded in India in 2019 to date, compared to 34 in 2018 and 27 in 2017. While these numbers may seem relatively small, killing at this rate has a huge impact on India’s fragmented tiger populations.

Seizure records collated by EIA and partners offer some insights into the trade driving wild tigers towards extinction. In total, this dataset represents a minimum of 2,114 tigers seized from illegal trade since 2000; approximately half of these are depicted on our interactive map.

As this dataset reflects only those incidents successfully intercepted by law enforcement and then reported, it is not comprehensive and likely reflects only a fraction of the true number of tigers in trade. Nonetheless, it offers some striking insights. 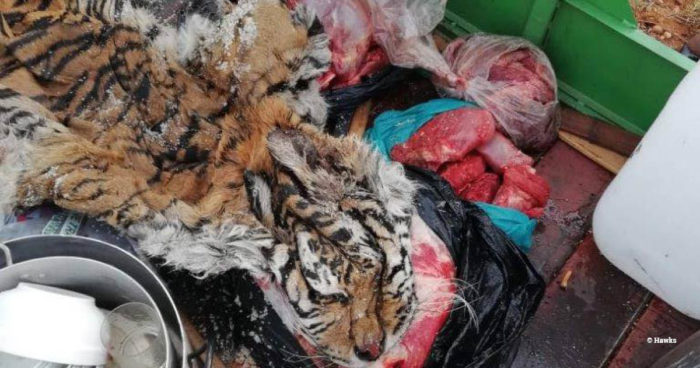 A tiger skin and bones among items seized in South Africa

For example, very few seizures have been reported from known trade hubs. Meanwhile, seizures of tiger skins in South Africa, and of tiger bone in China originating in South Africa, indicate that poorly regulated breeding and trade of tigers in that country is serving to exacerbate transnational illegal trade.

Some tiger body parts feature far more prominently in seizure data than others, suggesting differing ease of concealment or law enforcement focus. For example, the number of tigers represented by seizures of teeth and claws is far lower than the number of skins seized, despite their prominence in illegal trade – tiger teeth and claws are widely available in physical market places and, particularly, online. This market has nothing to do with traditional medicine, with teeth often offered set in silver and gold with gemstones and sold as a luxury trinket. 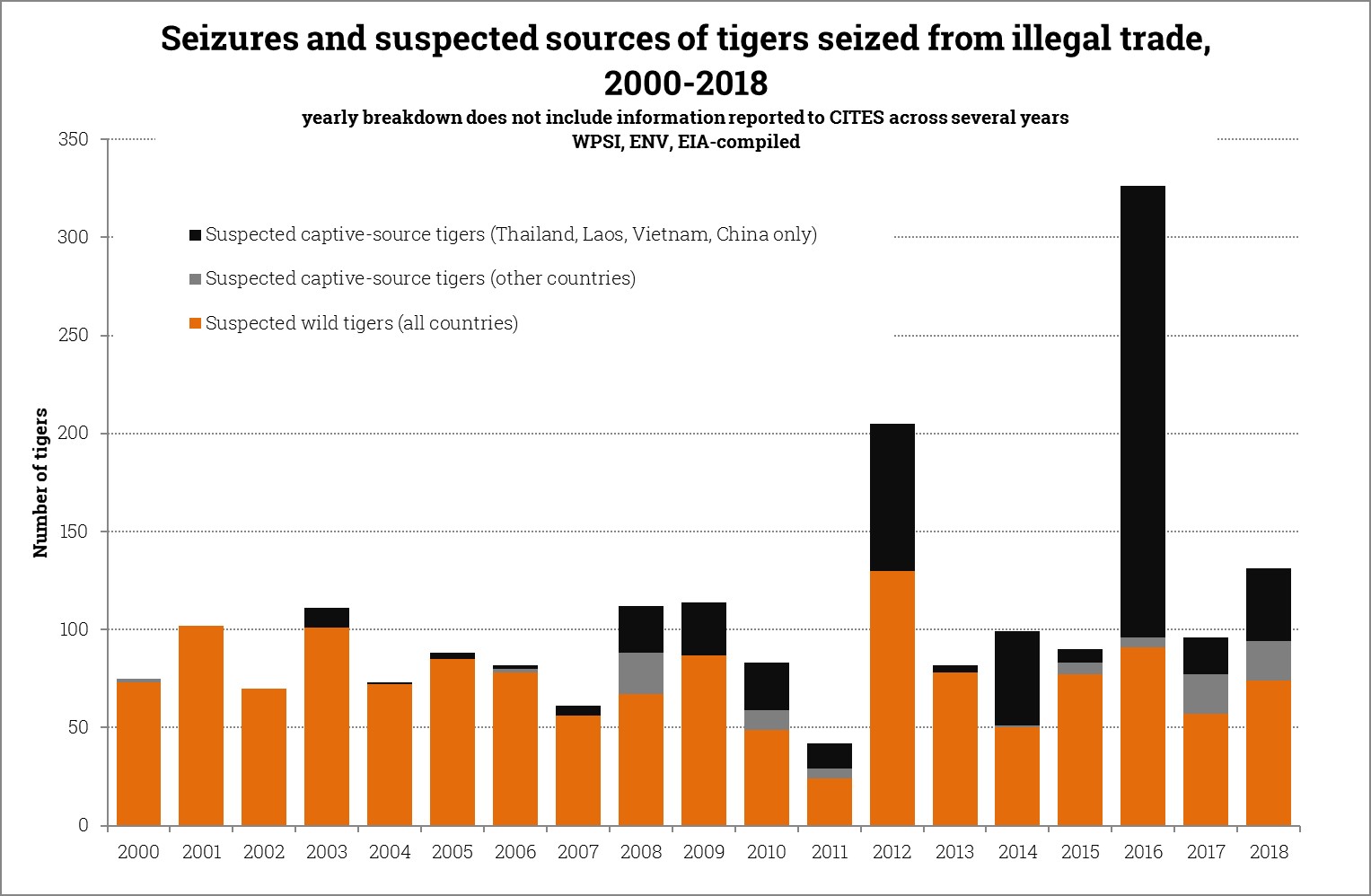 Approximately 42 per cent of tigers seized from illegal trade since 2010 are suspected to have come from facilities ranging from farms explicitly set up to breed tigers for trade to facilities masquerading as zoos or tourist attractions, through which tiger parts are traded out the back door. The data in the chart above is skewed by the 2016 seizure of 148 live tigers, 70 tiger cub carcasses and two skins from the notorious Tiger Temple in Thailand.

As suggested by the continuing trafficking of wild tigers into countries where large numbers of tigers are held in captivity, trade in captive-bred tiger parts has not alleviated pressure on wild tigers. Instead, a consistent consumer preference for wild tiger bone indicated by consumer surveys conducted in China – along with higher potential profit margins from poaching wild tigers – mean that trade from captive facilities cannot satiate demand but instead serves to stimulate it and complicate law enforcement efforts.

More than 8,000 captive tigers are kept in China, Laos, Thailand, Vietnam and South Africa – all countries of concern for trade in parts of captive-bred tigers; our updated map of captive tiger facilities shows that despite pressure on these countries to deal with their captive tiger problem, the situation is getting worse.

Under a project funded by the UK Government through its Illegal Wildlife Trade Challenge Fund, our partner Wildlife Friends Foundation Thailand has identified at least 57 private facilities holding tigers, a large number of them unknown to the authorities and many aimed at tourists. The seizure of 72 dead tigers and other tiger products from the Tiger Temple in 2016 demonstrated how tourist facilities may be contributing to illegal trade.

In 2016, the Government of Laos announced it would close all tiger farms in the country – yet the number has increased, with new facilities set up in 2017 and 2018. At least six facilities hold tigers in captivity, all associated with businesses and individuals linked to trafficking of wildlife from Asia and Africa. Tiger trade is still happening through tiger farms supposedly converted into tourist attractions, as revealed in a Washington Post article from May this year. Just last week, seven dead tiger cubs were seized in Vietnam, having been trafficked across the border from Laos.

Huge quantities of tiger parts are being traded in Vietnam, both from the wild and captive facilities. Our new report Running Out of Time highlights major failures in Vietnam to tackle wildlife crime, including tiger trade. The images below are just a few examples of tiger carcasses and body parts offered via social media in Vietnam. Our investigators encounter images such as this every day.

Meanwhile, illegal trade in captive tiger parts continues in China, the original tiger farming country. Recent seizures suspected to derive from captive sources include two ‘white’ tiger skins seized in 2019; a tiger carcass sold illegally which had come from a circus licensed to breed tigers; and tiger bones seized near North Korea which had come from a tiger farm.

What needs to happen in Geneva

In August, Geneva will host the 18th meeting of the Conference of the Parties (CoP18) to the Convention on International Trade in Endangered Species (CITES) and I will be there with colleagues to press for key actions to tackle trade in tigers and other big cats and to give them a chance at a future. 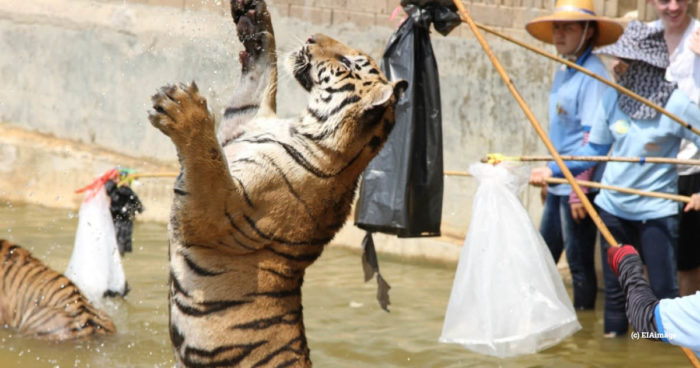 High on our list of priorities is the woeful lack of progress by Laos in tackling wildlife trafficking, with the country continuing to function as a safe haven for major wildlife traffickers. Laos has previously promised to tackle tiger farms in order to avoid trade suspensions but, despite this, new tiger farms have been established and, instead of acting against them, the Government has sanctioned their conversion into so-called legitimate zoos or safari parks, which we have already warned will serve as a front for illegal activities. CITES Parties must impose trade sanctions on Laos.

We are also urging the adoption of proposals to tackle trade in Asian big cats, including specific recommendations put forward by India, home to more wild tigers than any other country.

It is a matter of serious concern that China – the primary source of demand for big cat products – still allows the sale of Asian big cat specimens. We have  previously documented China’s legal trade in skins of captive-bred tigers and medicinal products made using the bones of wild leopards. Last year’s repeal of a 25-year ban on use of tiger bone in medicine, since postponed but not reversed, revealed the active lobby in China pushing for the opening of tiger trade.

A strong message needs to come out of Geneva from the international community, urging China to replicate its widely heralded domestic ban on ivory trade by ending all trade in big cat products.

The insights we are sharing this Global Tiger Day indicate the extent of the crisis facing the world’s remaining wild tigers. There is no room for complacency – the world’s governments must take the opportunity presented by CoP18 to finally take meaningful action to address drivers of the trade about which we have been sounding the alarm for too long. 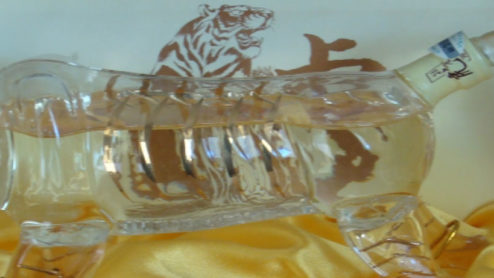 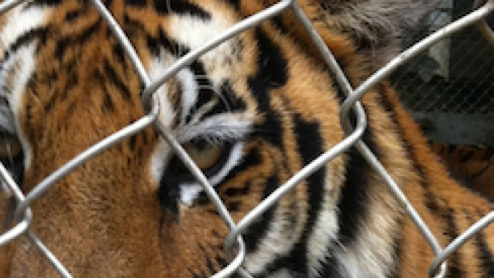