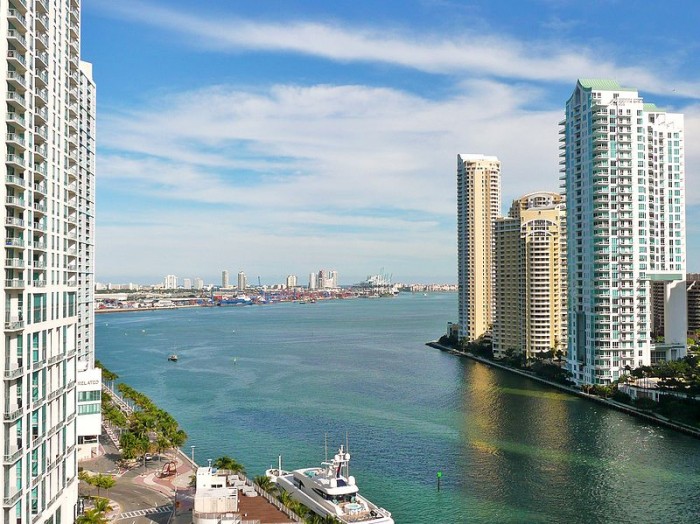 A few weeks ago I wrote a blog describing how environmental laws are often poorly enforced and not accorded a high enough priority so it’s refreshing to now report on a shining example of effective enforcement – the work being done various US Government agencies in Miami to curb illegal trade in ozone-depleting substances (ODS).

Recently, I travelled to Miami to record interviews with key agencies – Department of Justice (DoJ), Environmental Protection Agency (EPA) and Homeland Security Investigations (HSI) – for a training film on combating illegal trade in ODS which EIA is producing in cooperation with the United Nations Environment Programme regional office in Bangkok. 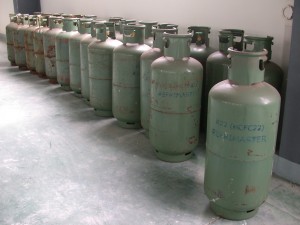 The aim of the film is to spread best practice by recounting cases of successful interventions against ODS smuggling. Globally, these chemicals, widely used in refrigeration and air-conditioning, are regulated under the Montreal Protocol. Yet the phase-out of CFCs, which began in the mid-1990s, and now of HCFCs has led to the emergence of a black market illicit trade in these chemicals.

Southern Florida was the first place in the world where major cases of CFC smuggling were detected. By 1995, CFCs was second only to cocaine in terms of contraband entering the port of Miami. To meet this challenge, a multi-agency task force was established under the banner of Operation Cool Breeze; this initiative led to a host of seizures and prosecutions, with one smuggler receiving a jail sentence of 57 months.

While the threat of CFC smuggling has waned, illegal trade in HCFCs is now on the rise and, once again, enforcement agencies in Miami are in the vanguard of efforts to curb the flow. Under Operation Catch-22, notable successes have already been achieved. An exhaustive investigation led to the Miami-based Kroy Corporation being found guilty of illegally importing over 400 tonnes of HCFC22. The company’s director was sentenced to 30 months imprisonment, and $1.3 million in criminal profit was forfeited. While I was in Miami, sentence was passed on the director of a company who knowingly bought some of the contraband HCFCs imported by Kroy; he received a 13-month jail term.

The interviews EIA carried out with agents from DoJ, EPA and HSI focused on these cases and highlighted the key elements of an effective enforcement strategy. These include:
• genuine inter-agency cooperation – all too often, different enforcement agencies get tied up in territorial disputes and do not share information. Under Catch-22, the distinct competencies of the agencies are pooled and different data sets, such as customs declarations and import allowances issued by EPA, are cross-checked. This allows early detection of suspicious trades;
• securing prosecutions – in the field of environmental crime there is a severe disconnect between seizures and prosecutions. The central role played by state prosecutors in the multi-agency Catch-22 operation leads to judicial proceedings against the ODS smugglers and the handing down of sentences which act as a deterrent;
• intelligence-led enforcement – surveillance and undercover investigation techniques employed under Operation Catch-22 allow cases to be pursued beyond just those responsible for the illegal import, to include the buyers of the contraband ODS.

These valuable lessons will be spread through the training film EIA is working on. In the meantime, sincere thanks to the agents in Miami who gave up their time to be interviewed, and for their work in protecting the ozone layer.