Today (1 February) marks the beginning of the Lunar New Year and, in the Chinese zodiac, the dawning of another Year of the Tiger.

The internet is awash with high-end luxury goods and mass-produced merchandise cashing in on ‘brand Tiger’ and all the symbolism of power, strength and charisma that the great cat conveys.

Ironically, these same qualities are helping to drive them to extinction, as tiger body parts are highly sought after as medicines and decorative items, particularly in China.

In 2015, President Xi Jinping announced during a State visit to the US that China would ban domestic ivory trade. This came into force on 1 January 2018 and was widely heralded as a gamechanger; a sign of the Government’s renewed commitment to combat illegal ivory trade and save elephants.

The ban was swiftly followed by significant investment in more effective enforcement, moving beyond arrests, seizures and prosecutions of individuals to the disruption of major transnational ivory syndicates. Yet the tiger, one of China’s national symbols, has not received the same amount of positive high-level political attention.

Since 2000, a minimum of 2,938 tigers (source: EIA Crime Tracker & Wildlife Protection Society of India data) have been seized in trade globally and wild tiger populations are still critically low, with as few as 4,000 remaining.

There is not another moment to waste and the new Year of the Tiger is a prime opportunity for President Xi to take a lead on the international stage. 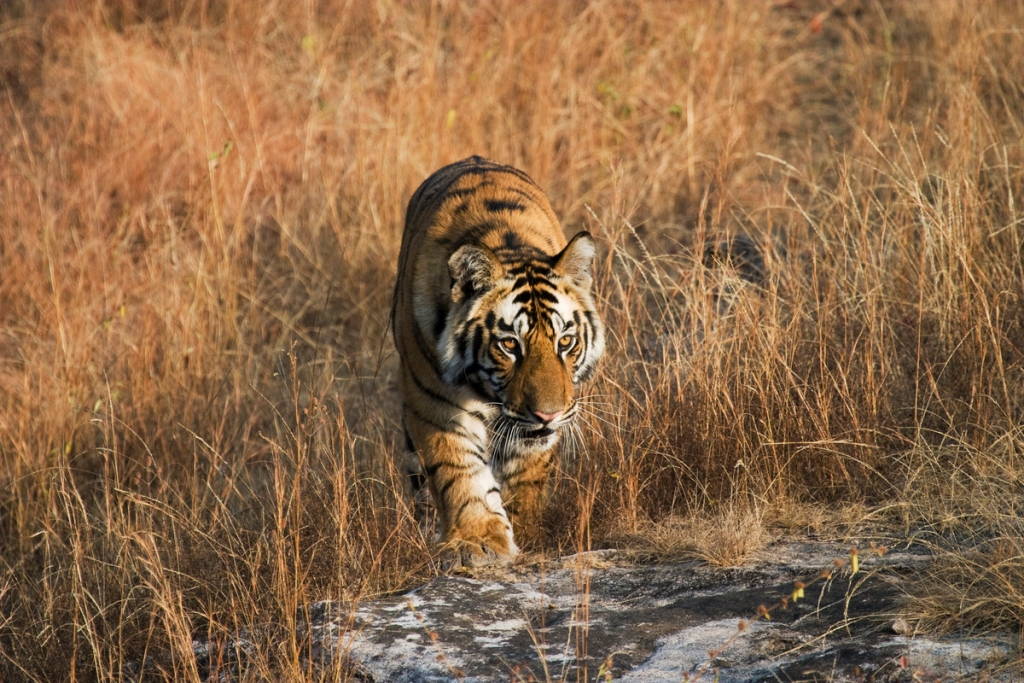 At the top of President Xi’s New Year to-do list should be a public and unambiguous commitment to a zero-tolerance approach to demand for all tiger parts, from all sources. At present, China’s Wildlife Protection Law allows trade in medicinal and ornamental products from captive-bred or ‘farmed’ tigers under a permit system, a domestic trade which stimulates demand and fuels the poaching of wild tigers.

A commitment towards zero demand for tigers in China requires amendments to legislation to end all trade, in all tiger parts and products, including from captive tigers. It requires the implementation of a time-bound and responsible phase out of commercial tiger breeding operations, which currently house more than 6,000 tigers across the country, at risk of legally and illegally entering trade and stimulating consumer demand for tigers. 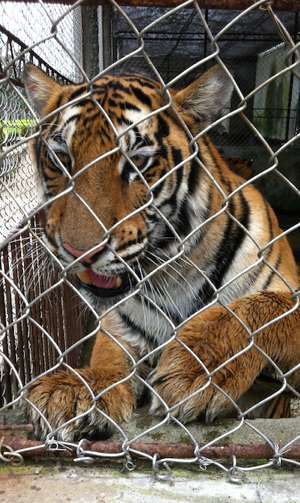 A public statement followed by the public destruction of State and privately held stockpiles of tiger parts and derivatives (with the exception of those items required for judicial purposes) is essential. It would signal an end to the mixed messages conveyed to the powerful tiger farming, tiger taxidermy and tiger bone wine industries, which continue to hedge their bets and business practices on domestic tiger trade continuing and expanding.

Far greater investment globally in targeted consumer behaviour change programmes is critical and, here too, President Xi can be a leader in directing his Government to work with relevant experts to massively scale up domestic efforts.

The Government of China has taken some steps to address illegal international trade in tigers, with in-depth and sophisticated investigations unravelling criminal operations and resulting in some hefty sentences. Government agencies have cooperated to varying degrees with source and transit countries and the Government recently funded INTERPOL’s Operation Golden Strike, resulting in the confiscation of a range of illegal wildlife products globally.

However, so long as there is demand there will be money to finance transnational criminal networks.

China’s remaining wild tiger population is in the north-east of the country bordering Russia and it is still perilously close to extinction. Researchers in China recently estimated the wild tiger population at 55, most of which were camera-trapped in China’s recently created North-east Tiger Leopard National Park; the world’s largest protected area for tigers at more than 14,000 sq km. They believe there is the potential for 300 tigers in the northeast if prey populations recover, but wild tigers that move between China and Russia remain vulnerable to poaching and there is still an active trafficking route from Russia to China, as indicated by seizures and recent studies on tiger poaching in the Russian Far East.

Since the last Year of the Tiger in 2010, wild tigers have disappeared from Cambodia, Laos and Vietnam, while poachers have plundered the remaining tigers in Malaysia and Myanmar. Even where tiger range countries (TRC) have secured recent victories with the recovery and expansion across parts of India, Nepal and Thailand, poaching for trade is a persistent threat.

Demand has spiralled out of control as the combination of online tiger trade, the availability of farmed tiger parts and other big cat parts marketed as tiger has increased both the accessibility and the perceived acceptability of buying tiger parts. The complexities of consumer demand, with some preferring wild tiger and the higher price of captive tiger parts, has contributed to continued poaching and trade of wild tigers. 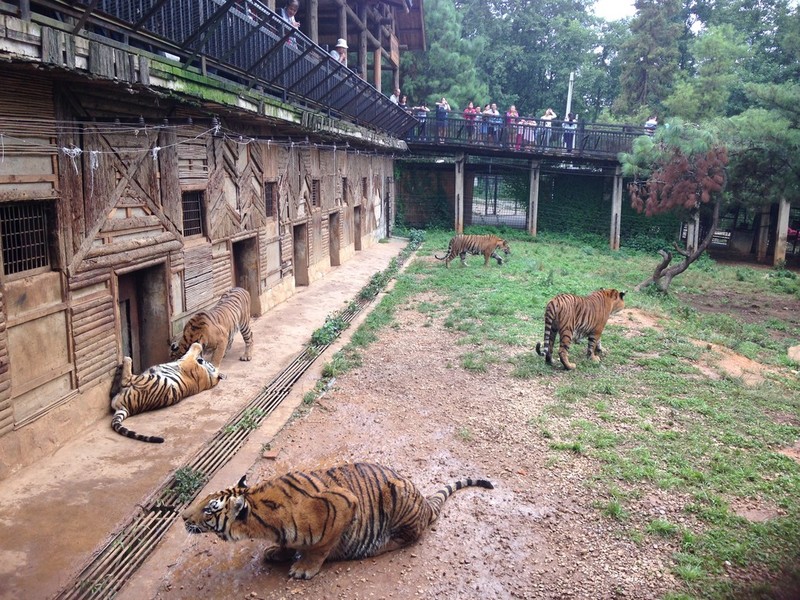 China’s tiger farm business model has been replicated elsewhere and there are now more than 8,500 captive tigers across China, Laos, Thailand, Vietnam and even in South Africa, in everything from squalid backyards and basements to massive speed-breeding operations. The tiger farm experiment has failed to relieve pressure on wild tigers and renewed leadership to end it is overdue.

Other tiger range countries have consistently called for implementation of relevant Decisions to end tiger farming, adopted under the Convention on International Trade in Endangered Species (CITES). These calls were reiterated at a global tiger conference in Delhi in 2019: “TRCs should prohibit all trade, including domestic trade, in tiger parts including from captive bred sources and amend legislation to prohibit captive breeding of tigers for commercial purpose.”

At the 3rd Asia Ministerial Conference on Tiger Conservation in India in 2016, Prime Minister Narendra Modi recognised that “a major threat to the tiger is the demand for its body parts and derivatives”, declaring “We need to collaborate at the highest levels of Government to address this serious issue.”

At the 4th Asia Ministerial Conference in Malaysia at the beginning of this year, Malaysia Prime Minister Ismail Sabri Yaakob captured the essence of what is required in his closing remarks: “In this time of need, let us, as the tiger range countries and partners work together in the spirit of a ‘world family’ to save our tigers.” 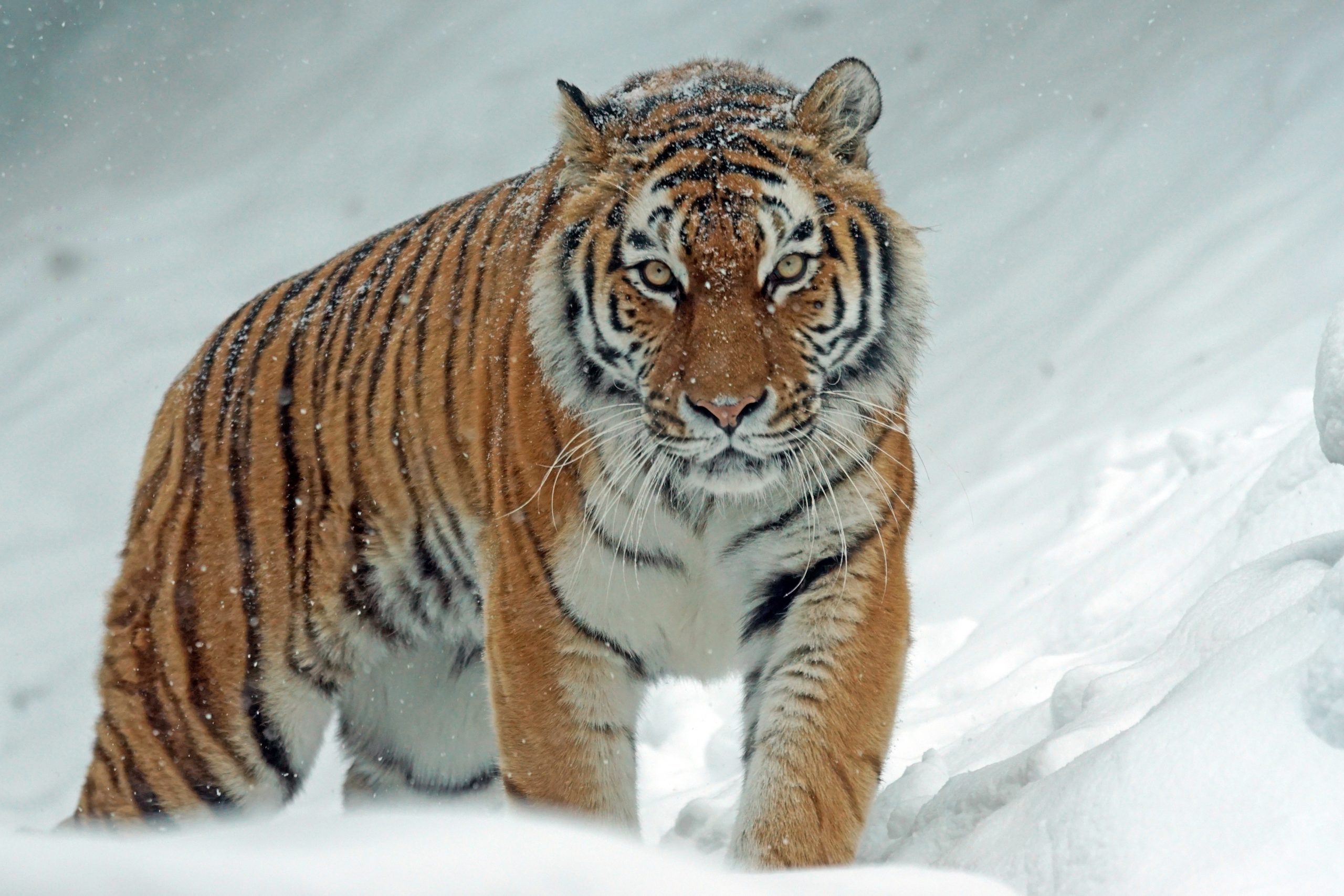 The road to Vladivostok

What the Government of China says and does matters to wild tigers across their range. In May this year, China will host the second part of the 15th Conference of the Parties to the Convention on Biological Diversity, a moment for world leaders to set a new course to address the interconnected global crises of biodiversity loss, climate change and zoonoses (diseases arising from wildlife). It is a real opportunity for President Xi to become a champion for the species in the Year of the Tiger, setting the stage for the 2nd International Tiger Summit which is due to be hosted in Vladivostok this September.

I participated in several preparatory meetings and the first International Tiger Summit 12 years ago, in the last Year of the Tiger. When the Global Tiger Recovery Programme and the St Petersburg Declaration – endorsed by the leaders of Bangladesh, Bhutan, Cambodia, China, India, Indonesia, Laos, Malaysia, Myanmar, Nepal, Russia, Thailand and Vietnam – were launched, there were an estimated 3,200 tigers left in the wild.

The overarching theme and ambition was to double the world’s wild tiger population by 2022 but it is a tale of two halves – since the last Year of the Tiger, tigers have recovered in some parts of their Asian range but have disappeared from others.

The issue of demand was hotly debated in the development of the St Petersburg Declaration, with officials from the Government of China insisting on the phrase “illicit demand” in the context of “Working collaboratively to eradicate poaching, smuggling and illegal trade of tigers, their parts and derivatives through … long-term national and global programmes to create awareness of the value of wild tigers and their ecosystems and thus eliminate the illicit demand for tigers and their parts.”

A senior law enforcement official from India challenged this at the time and was supported by other TRC delegates and NGOs, arguing that it should simply say “demand” or it could be interpreted as leaving the door open to legal trade.

The concern voiced by participants was that a parallel legal trade runs contrary to CITES Decisions, sends a confusing message to consumers and undermines enforcement. The argument was lost that time and it may seem trivial, but I believe the lack of conviction and commitment back then has led us and the tiger to where we are now.

In this Year of the Tiger, on the road to Vladivostok, I hope all governments are prepared to pull in the same direction towards zero demand. This is President Xi’s chance to ensure China is on the right side of history and of the tiger’s future. 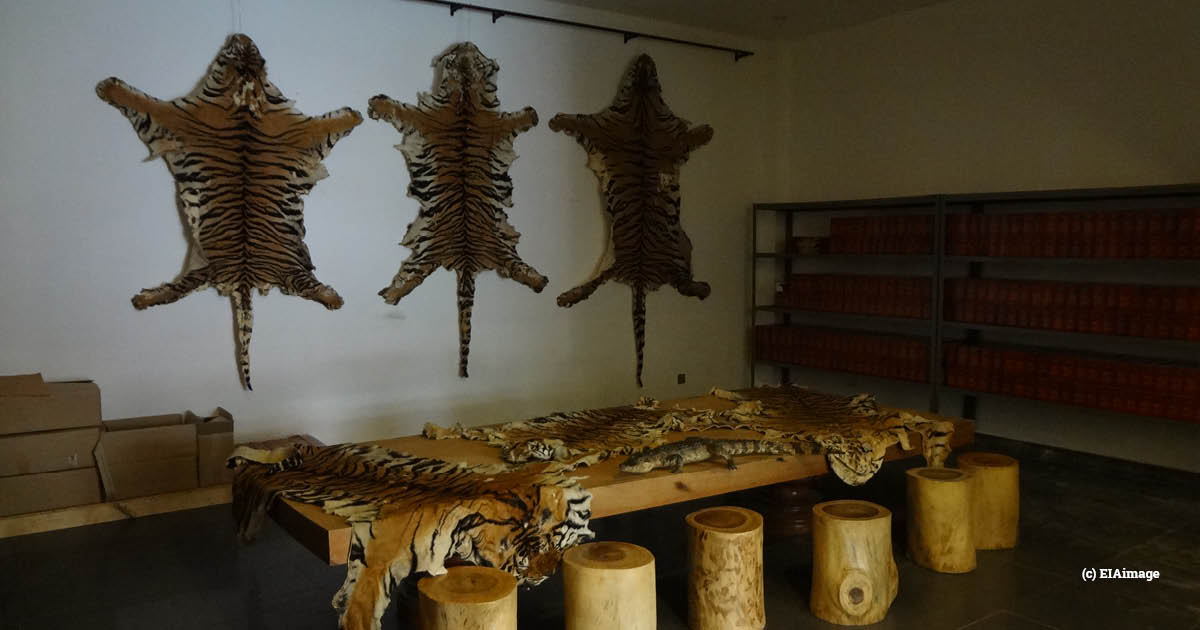 A brief reflection on how we got to this point

Before collective conservation amnesia sets in and stories of inspirational but isolated wild tiger population recoveries dominate the year ahead, let’s make sure we don’t lose sight of the value of high-level political leadership.

There are about 4,000 tigers clinging on to survival in the wild, down from an estimated 100,000 some 120 years ago. Habitat and prey decline are constant threats to wild tiger populations, but it is the direct killing of tigers that has been catastrophic, leading to local extinctions. Between the 1900s and 1970s, colonial and elite society sport-hunting and the global fashion industry devastated populations in south Asia and south-east Asia.

Meanwhile, under Chairman Mao Zedong in the 1950s, China’s ‘King of Beasts’ was declared an agricultural pest with a bounty on its head; thousands of tigers were killed and, along with hunting of tigers for their bones used in traditional Chinese medicine, China’s own wild tiger population was reduced to just a handful by the 1980s. 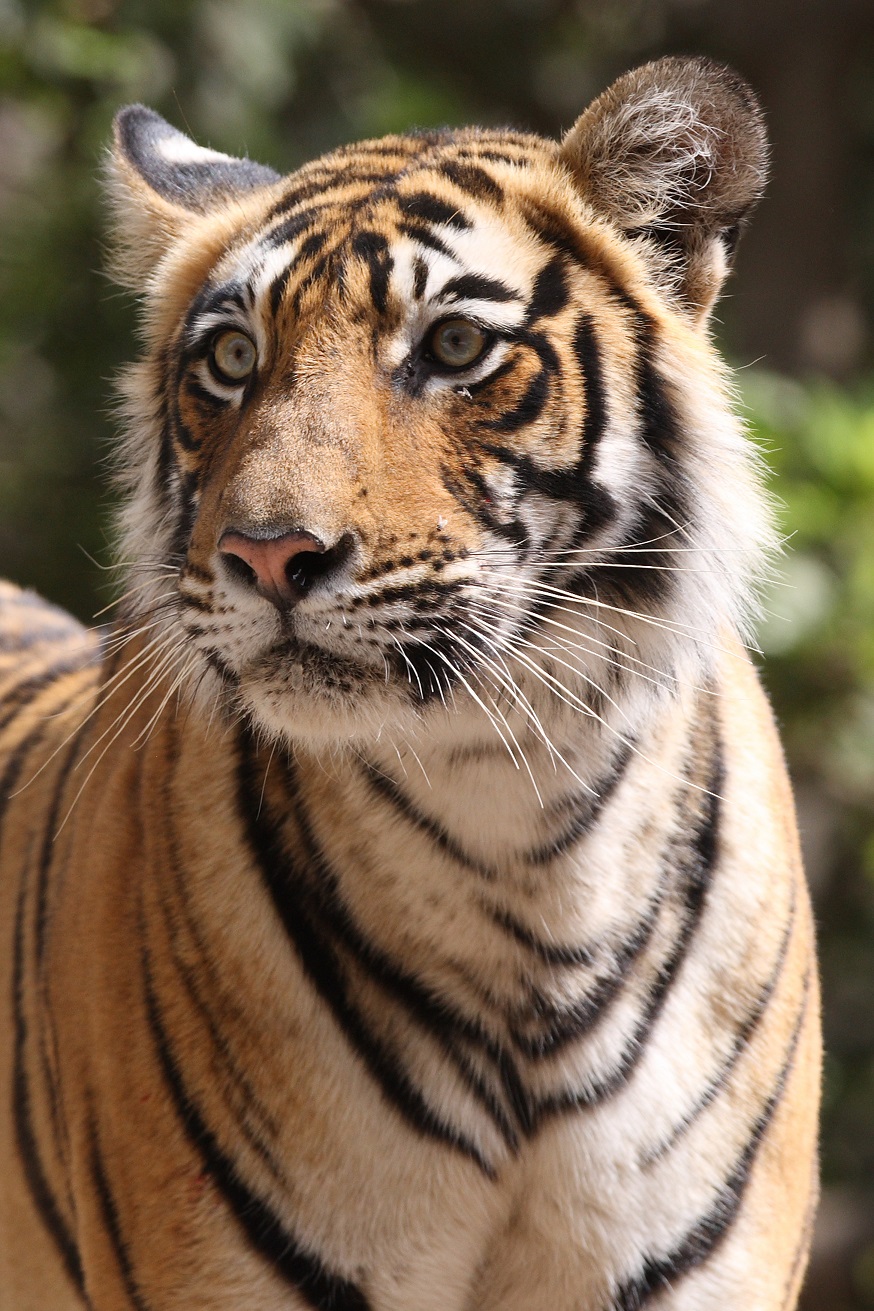 In the 1970s, India led efforts to protect tigers and prohibit trade. Combined with an ancient reverence and a remarkable tolerance among those living with tigers, India is today home to more than 70 per cent of the world’s remaining tigers. Conversely, political leaders in China took a different approach, continuing to commodify the tiger’s body parts – with the result that the high demand in China led to poaching crises in neighbouring countries, not just for bones but also for tiger skins, which have become a status symbol among China’s elites as luxury home décor.

The Government of China established the first tiger farm in the late 1980s and now there are more than 6,000 tigers in captivity in a country where permits are issued for the use of skins from farmed tigers. As a commercial enterprise it has excelled, but contrary to initial intentions and proponents’ beliefs, it has not relieved pressure on wild tigers, not in China and not across the wild tiger’s range.

While there was much celebration in 1993 when China’s State Council banned the use of tiger bone (not explicitly including farmed tiger) in medicines, it was not a complete ban on the use of all body parts and did not include a ban on the use of captive tiger parts. The tiger bone ban, such as it was, was repealed in 2018 and replaced with a new State Council Order, the only valid one at this point, which ostensibly allows the use of captive-bred tiger bone for medicinal purposes. Following a domestic and international backlash, implementation of the 2018 State Council Order is awaiting the development of new regulations. In the meantime, a State Council spokesperson has stated that ‘three strict bans” are in place, but there is nothing in the law to reinforce this. In fact, the Government of China report to CITES in 2019 confirms that trade in captive-bred tiger skins can still continue under the permit system.

In the absence of a leadership statement and with a national law that allows permits to be issued for the use of captive-bred specimens of threatened species such as tigers for ornamental and medicinal purposes, the Government of China has created a state of ambiguity in which business and demand flourish. 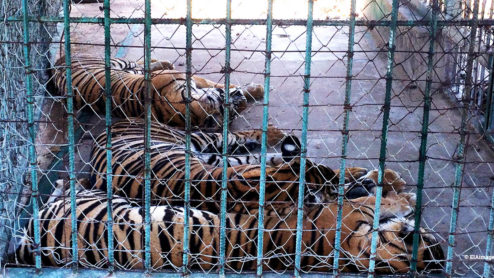