Even meticulous planning and careful rehearsal of cover stories aren’t always enough to ensure an undercover investigation goes smoothly. On very rare occasions, things can go wrong. In today’s Investigator Week blog, one of our senior undercover investigators recalls his first-hand experience of such an incident …

My scariest moment happened more than a decade ago, while on a timber investigation in Asia, when the covert device we were using was detected by a trader.

We had entered a log yard and begun quizzing the owners about their company and the origins of the timber they were selling. All seemed to be going well but when we asked one too many questions one of the owners became suspicious and began to scrutinise us and our belongings. It was at that point that he made us open our bags to show him what was inside and, of course, he spotted some of our covert equipment. 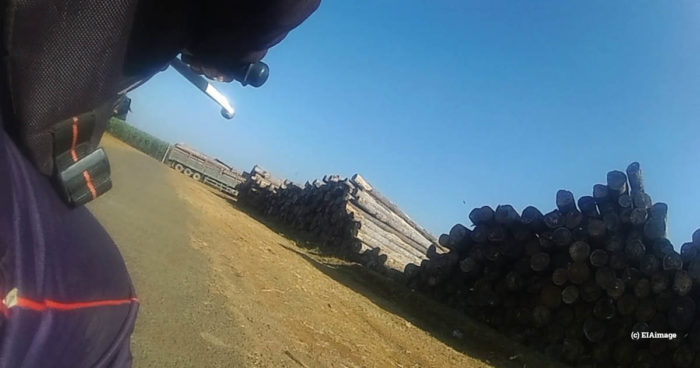 With the collusion of crooked cops in the region who had close ties to the timber traders we were meeting, this discovery led to our arrest and temporary imprisonment.

My colleague and I were locked up for three days, during which time the EIA security team worked tirelessly for our release. The lawyer we engaged argued for our case and that eventually led to our release. The case was later dropped.

This episode affected me for a few weeks afterwards. During that time, there was a lot of self-questioning about my suitability for this sort of work and, ultimately, whether my endeavours to uncover these illegal activities was worth putting my life at risk. I also knew that if I didn’t get back into the field again soon, the fear would consume me and affect my ability to do the work.

Thankfully, I managed to return to the field a few weeks later and overcome that fear. Nothing comparable has happened since.

Going undercover is always a heightened, nerve-wracking experience but we can’t allow ourselves to be overcome by fear as this would negatively affect our performance during meetings; fear or hesitation may well be detected by our subjects and that in turn could pose a security risk, not only to ourselves but for the entire team.

The key lesson I took away from this experience was to more fully understand the risks involved in the work. Often, there is a danger that we can become complacent and work under an illusion that the risk is not so very real and that even if the threats become a reality we can somehow always turn off a switch and return to the comforts of our home. Clearly this is not the case, but the episode was a timely reminder with, fortunately, minimal consequences.