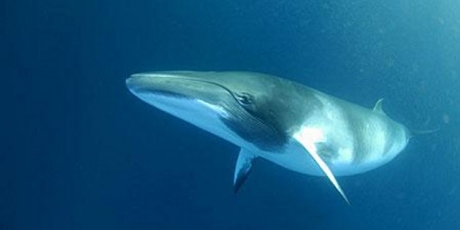 .In many respects, Iceland is a remarkably attractive country – breath-taking landscapes, plenty of space for its small population, universal health care and tertiary education for its citizens, and a general standard of living that led to the United Nations’ Human Development Index to rank it as the 13th most-developed country in the world in 2013. 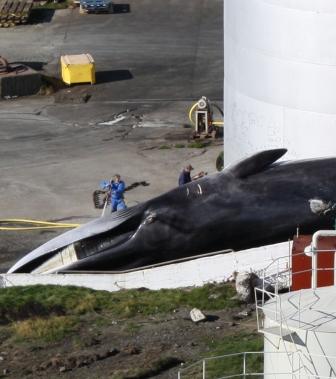 Sadly, 2013 was also the year in which multi-millionaire whaling kingpin Kristján Loftsson and his company Hvalur caught, slaughtered and processed 134 endangered fin whales, one of the fastest and second-largest cetacean on the planet.

What is it that makes Iceland so entirely out of step with most of the modern world and the majority of its European neighbours in this regard?

There’s no market in Iceland for the fin whales Loftsson kills with such abandon; in April, June and July of last year, he exported 386 tonnes of whale meat to Japan, largely through a Japanese import company which he helped establish with his own money in a bid to create a market for fin whale as a specialist food.

The new Japan market demand Loftsson has helped to stimulate, kick-started with artificially low prices, was exposed in the EIA report Renegade Whaling. 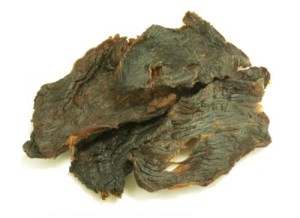 Whale jerky, on sale in Japan until EIA’s alert spurred the manufacturer to cease production

But it doesn’t end there. Some of the fin whale meat exported was used to manufacture ‘dried jerky’ pet treats – one of the most magnificent mammals on the planet transformed into dog waste on Japanese pavements.

Loftsson went one step further into the realm of grotesque irony when he revealed his small whaling fleet was running on a ‘biofuel’ comprising 80 per cent diesel and 20 per cent whale oil, using a by-product of the whales he slaughters to go out and slaughter yet more of them.

And earlier this month, in a new twist which sounded more like a blackly comic parody of Loftsson’s desperate attempts to commercialise his bloody catch, it was announced that a new beer brewed with dead whale was due to go on sale. The Steðji brewery, which developed the product with Hvalur, pitched it as bestowing on its drinkers the status of “true Vikings”. 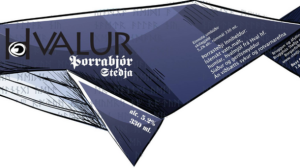 Thankfully, it was banned by the West Iceland Health Authorities before it could do any business on the grounds that the whale meal – intestines, bones and other body parts – used in the production was illegal to use in food for human consumption or as feed for other animals destined for the dinner table.

With the European Union and the majority of other world nations firmly anti-whaling, it begs the question as to why Iceland’s ever more incongruous activities have gone largely unchallenged, particularly when they are so clearly engineered by just one rather wealthy man who seems to have a vendetta against whales.

Despite Loftsson’s sensationalist cheap stunts intended to infuriate and provoke environmental campaigners, the fact remains that Iceland is a rogue whaling nation which is arguably doing more than any other country to undermine both the International Whaling Commission and the Convention on International Trade in Endangered Species, which protect all great whales from hunting and international trade. And yet it seems to be falling under the radar of most governments, which are failing to take diplomatic action to stop Loftsson.

Perhaps it was deemed a diplomatic necessity to keep a non-confrontational profile while Iceland’s accession to European Union membership was in progress (although if Iceland did join the EU it would likely be forced to give up whaling as a condition of entry)?

But with Iceland walking away from the EU membership process last summer, such a restraint to criticism is no longer valid.

This is happening right on our doorstep, in a small country which may or may not ultimately join the EU but which still professes itself to be European (Keflavik International Airport, the main airport in Iceland, is covered with ‘best in Europe’ signs).

It is deeply disturbing that the UK and other EU member states are not diplomatically blasting Iceland for breaking two international treaties. Cetaceans are completely protected in European waters.

In September 2011, US President Barack Obama stated that Iceland’s whaling and trade in the meat threatens the conservation status of an endangered species and undermines multilateral efforts to ensure greater worldwide protection for whales. Stopping short of targeted trade sanctions, he nevertheless announced diplomatic measures aiming to push Iceland to halt the trade.

Loftsson and, by extension, Iceland are thumbing their noses at the international community, happily plundering a supposedly protected species and disregarding international treaties with impunity.

That’s just not good enough, not for Iceland’s reputation, not for the political credibility of the international community and certainly not for whales.

It’s past time, and then some, for the UK, European Union, the USA and all other countries that value the richness of our collective ocean heritage to let Iceland feel the undiluted sharp edge of their anger.