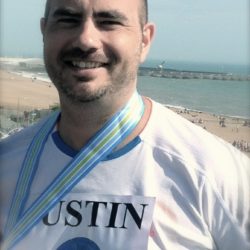 It’s just a few days until I run Brighton Marathon and the nerves are building. It’s not the first time I’ve run the distance of 26.2 miles (42km) but that doesn’t make it any easier – I know what’s coming and its hard not to think about the pain to come. 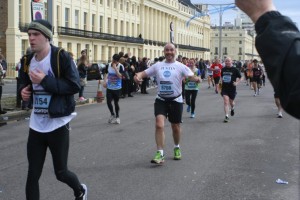 This will be the third time I’ve run Brighton. The previous two years I was joined by EIA’s very own marathoners, tiger team leader Debbie Banks and campaigner and analyst Charlotte Davies. This year sees EIA campaigner Jill Thomson and supporter Adam Lee  taking the challenge for Team EIA.

I’m very proud to be running for the Environmental Investigation Agency. We go back a long way together, but EIA continues to be one of the most effective environmental campaigning organisations on the planet – quite something for a relatively small team. But it’s that size that gives EIA its might – enabling it to adapt to constantly changing situations and operate with modest budgets and less internal wrangling than bigger groups.

The funds I raise will support EIA’s Elephant Campaign. Thousands of elephants continue to be slaughtered for their ivory, despite a ban that came into force 25 years ago. Unbelievably, many legal markets still exist around the world and EIA’s investigators have found clear evidence that these markets are a laundry for ivory taken from poached elephants in Africa.

EIA is demanding the end to all trade in ivory, along with destruction of stockpiles, the closure of legal markets and more effective law enforcement to target not just poachers but the organised criminals controlling the trade.

I want to support those efforts, and believe they’re important – not just for elephants but also for people. That’s why I’m running Brighton Marathon on April 6.

If you would like to help EIA, please consider sponsoring me. Your donation will help take the pain away. Thank-you.