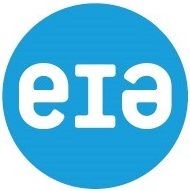 Today is International Women’s Day and to mark the occasion we’ve asked some of our campaigners and staff to talk about the women who have inspired them.

The woman who inspired me to be who I am today is my grandmother. She lost her first husband to the French war and her second husband to the American war. A short time later, she lost her two baby daughters to illness. Her life was full of pain, but incredibly she was always a positive and kind woman.

She smiled and said: ‘’Life is fair. I lost others, but I still have your mom, your aunt, your uncles and all grandchildren, including you, as gifts. So, let’s always look at what we have to balance the emotions for what we lost or what we do not have. We’ll be happy that way.’’.

My grandmother passed away a couple of years ago and I couldn’t be there on her last days. It’s hard to lose her, but I know she will be always with me in spirit.

I first met Samantha in 2016 when I was volunteering at LSx. For 13 years, Samantha led the LSx team and delivered many successful projects and programmes that impacted various London communities. Her passion for sustainability and her determination to get things done despite all the challenges will always be inspiring to me. I learned a lot working with her and I am truly grateful to have met her.

Over the years, Samantha has been described as “inspirational”, “a force of nature”, “a passionate character”, “driven”, “irrepressible” and “an impressive woman when it came down to getting the attention of our politicians and generally getting things done”.

Valerie Taylor is a conservationist, photographer and filmmaker. She may best be known for filming all the real shark footage in Jaws and that it was from there that I first became aware of her when I was about five-years-old.

Aside from Jaws, her work actually shows the true nature of sharks and she got me totally obsessed with them. It was amazing to see her entirely at peace with them in the water, combined with a such a genuine passion for the marine environment as a whole.

She has literally inspired me to do what I do – working in the realm of sharks, conservation, design and film.

Dr Loretta Ross! A human rights activist who has fought against hate groups and is one of the founding members of the black female lead SisterSong Collective.

They advocate for reproductive justice for women globally, including amplifying the voices of indigenous and immigrant women who are often marginalised and ignored by mainstream campaigns.

The reproductive justice framework challenges structures that perpetuate inequalities for women when it comes to autonomy over their bodies and their choice.

Dr Loretta Ross emphasises that the power to change these is exerted collectively and has been successful in raising awareness of these challenges over the past few decades.

There are too many inspirational women to count!

However, if I had to pick one woman to nominate it would be my Gran, Isabelle Potter. She overcame many adversities in her life, had an incredibly deep knowledge of the natural world and made all those around her feel very loved. And she could make anyone laugh!

When I was diagnosed with breast cancer and worrying that I wouldn’t come out the other side, I found a light at the end of the tunnel. Pema Chodron is a Buddhist nun and teacher whose many teachings have helped me understand the power emotions have over all of us. “You are the sky. Everything else – it’s just the weather”.

Understanding emotions as weather helps me see their transient nature and gives me time to respond to a situation and really try to listen rather than react from a place of emotion.

Pema inspires me to explore who I am and understand my relationships with others better. I can’t you how invaluable this has been over the past few weeks of lockdown and home-schooling!

I had a line manager at the Foreign Office called Sarah Robinson (now in the British Consulate in Hong Kong). Sarah was a fantastic line manager and mentor who brought the best out in me and was probably the best line manager of my career.

She really cared about doing the right thing; she worked with me to get the best out of me – trusting me and empowering me to do a good job. She was compassionate, kind and sensitive; excellent under pressure and at making tough decisions.

Sarah made me want to do my job better. She was also a mother of three and was open about her struggles with being a mum and holding down a senior role. A role model for a leader and one I was pleased to learn from.