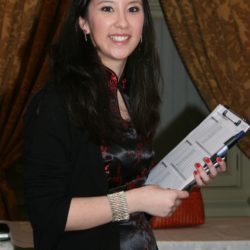 Other good news from Indonesia in the past month relates to timber legality and trade. On the 1st September, Indonesia’s SVLK (Timber Legality Verification System) came into force, having been passed by a Minister of Forestry Regulation in 2009 (No P.38/Menhut-II/2009). Telapak have been centrally involved in the development of this standard over the years, with our joint exposes of illegal logging and timber smuggling helping develop the political and commercial space required to enact it.

While the SVLK is mandatory for all timber producers and traders in Indonesia, it is also the basis of a timber licensing system that will be a central plank of a Voluntary Partnership Agreement (VPA) between Indonesia and the European Union, which is now expected to be signed by the end of this year. VPAs are key elements of the European Commission’s Forest Law Enforcement, Governance and Trade (FLEGT) initiative, the EU’s core policy on illegal logging and trade.

This follows the passage of the European Illegal Timber Regulation in June this year, which will prohibit the placement of illegal timber from countries such as Indonesia on the EU market. The EU law explicitly exempts VPA-licensed timber from the Due Diligence requirements of the regulation, presenting clear incentives for Indonesia and other countries to agree a VPA.

Such developments have been key strategic goals of EIA’s forests campaign, and are testament to the role EIA and Telapak have played in this important issue for over a decade.

But we can’t rest on our laurels.

Next week, EIA and Telapak are organising and hosting a National Indonesian Civil Society Conference on the new legality standard, in Jakarta, where we hope to facilitate the establishment a network of local and national NGOs and community groups to monitor the implementation of the standard – just in case the authorities don’t do so properly themselves.

Why not trust the authorities? One reason is that one of the recently government accredited “auditors” set to certify supply chains for compliance with the legality standard, PT Sucofindo, featured in our latest timber smuggling expose – Rogue Traders – after staff were found to have accepted bribes to allow logs to be smuggled out of the country in containers. Sometime you have to watch the watchmen, and audit the auditors…

Faith Doherty will be updating you on how the conference goes in the not too distant future, so watch this space…