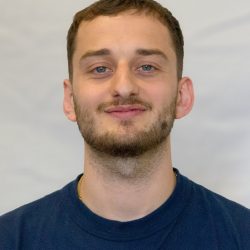 Negotiations have begun this week in Punta del Este, Uruguay, to hammer out the language for a new Global Plastics Treaty.

EIA Ocean campaigners are on the ground at the first meeting of the first Intergovernmental Negotiating Committee (INC-1) to push for an ambitious outcome for the treaty to address the fast-rising threat of plastics pollution around the world and here they share the news and behind-the-scenes detail from the talks. 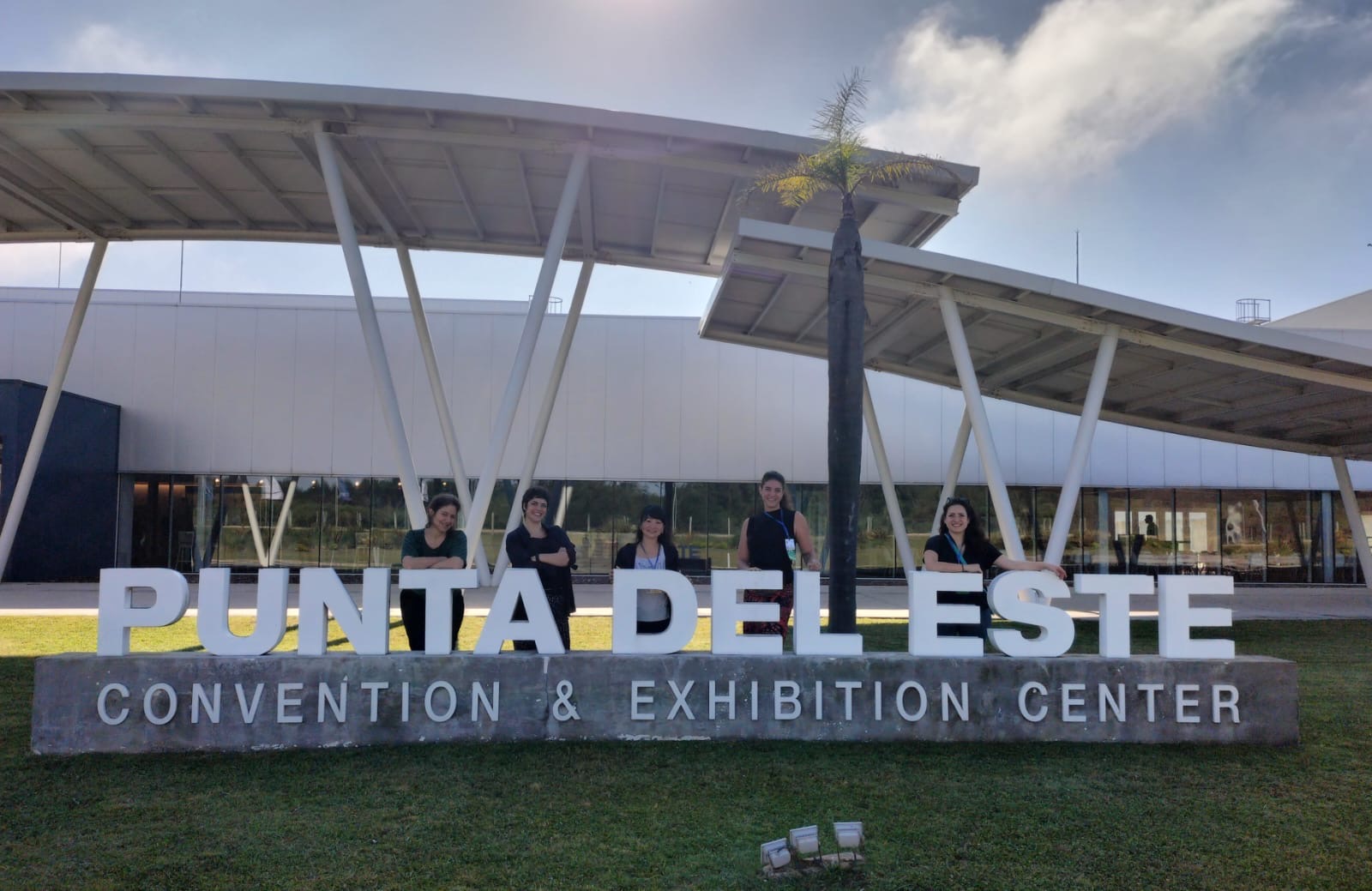 The anticipation and excitement of the first day of negotiations have passed, but the energy certainly hasn’t.

After the negotiating committee could not agree upon the rules of procedure in the plenary hall yesterday, countries are still deliberating on Rule 37, which concerns how member states vote on decisions.

Staying engaged on the rules is crucial as they can really hamper progress. Treaties which, for example, come to decisions by consensus rather than voting, when necessary, can be seriously pegged back in ambition.

The deliberations roll on, don’t take your eyes off this one yet!

Back in plenary hall 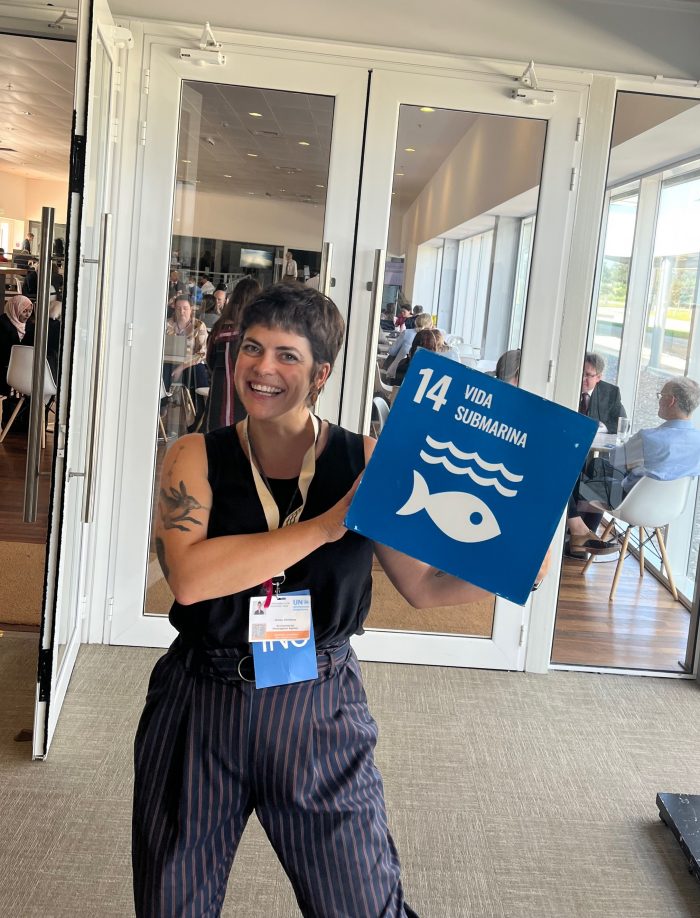 In the morning, those member states, major groups, stakeholders and other observers who hadn’t given their statements yesterday were given the opportunity to do so now. We heard from a broad range of voices with, predictably, broad ranges of ambition.

In the afternoon, plenary was suspended for a multi-stakeholder dialogue on the plastics treaty. Panellists ranged from member states, academia, civil society and even the producers and chemical companies who perpetuate the problem. Interventions from the floor were also welcomed.

Those following the dialogue heard key reflections that the treaty will need to address the over-production of plastics, how chemicals in plastics mean there are currently no safe recycling technologies and the importance of independent scientific input into the negotiations and the treaty itself.

Once again, the profound interventions from members from the Pacific Islands hit home as to why we are here. The representative from the Marshall Islands told the story of her home, an island where the highest point naturally is just two meters above sea level but which now has an unnatural mountain of trash that have washed up from unknown origins.

The representative asked that the world come together to secure a treaty that will mean her two young sons don’t grow up in an island drowning in waste. 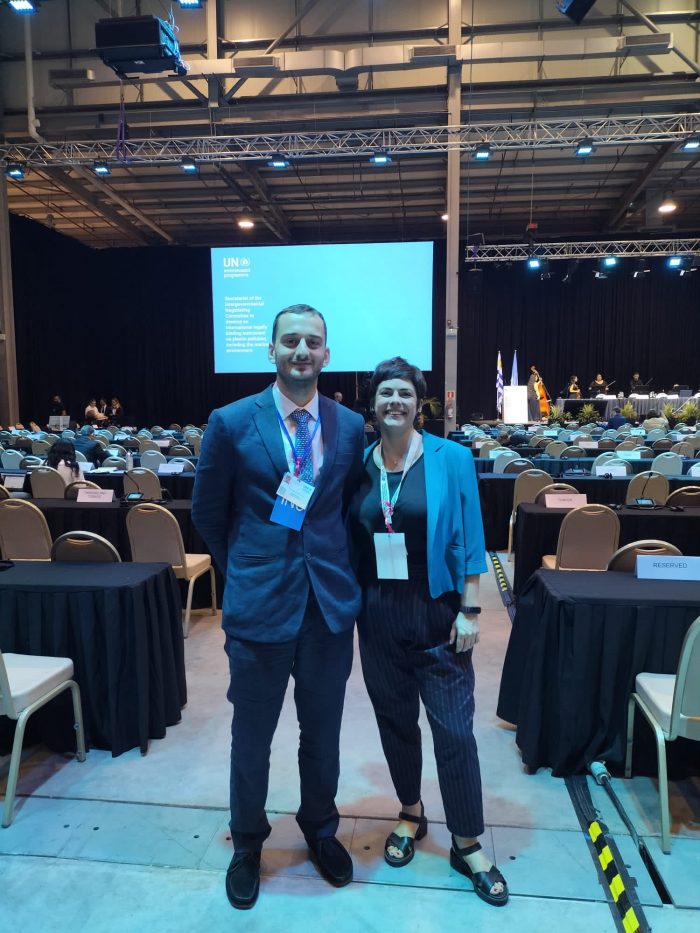 EIA campaigners Jacob Kean-Hammerson and Christina Dixon at the negotiations

Touchdown in Uruguay and it’s the first day of negotiations for a new global treaty on plastics. There is a palpable sense of anticipation and excitement in the air – it’s like Christmas morning for policy nerds.

The first items on the agenda are procedural, but crucial nonetheless, and will be key in shaping the process to come.

Election of the bureau and the Chair of the Committee

After being welcomed by a string quartet, dancing and speeches, the meeting turned to electing the bureau and Chair of the Negotiating Committee. This is an important step, as they will guide the negotiations and programme of work to come.

A strong chair is essential, because they can ensure the agenda continues to progress and doesn’t get bogged down by those wishing to delay. With such a tight negotiating time frame, there’s no time to waste.

There appeared to have been some wrangling behind the scenes as to who might chair the Committee, but it was announced by the group of Latin American and Caribbean countries (GRULAC) that a compromise was reached and Peru and Ecuador would share the role.

Ambassador Meza Cuadra of Peru will chair the first three Negotiating Committee meetings, after which Vice Minister Luis Vayas of Ecuador will chair the final two and the Diplomatic Conference of the Plenipotentiaries, where any eventual treaty will be opened to signature

On deciding the members of the bureau, sadly the Eastern European regional group couldn’t agree on its representatives. Georgia, Estonia, Russia and Ukraine all threw their hats in the ring and no consensus was found, so the election of the bureau was postponed.

This will be one to watch throughout the week and could impact the progress of work. Meanwhile, Ecuador, Peru, the USA, Sweden, Antigua & Barbuda, Jordan, Japan, Senegal and Rwanda were approved by their regions, but will have to wait for now.

Not everyone gets their kicks from rules of procedure, but they are absolutely critical. This will define how states come to decisions, how stakeholders engage and a whole host of other key issues.

Earlier this year, a working group all but agreed the rules of procedure, bar Rule 37 which defined how countries and regional economic groups such as the EU vote.

This could not be agreed and was pushed to the end of the week. A shaky start, but we’re still rolling here at INC-1.

Next, regional groups and member states were given the opportunity to make opening remarks and flag up their expectations for negotiations to come.

This inevitably took some time, with some important highlights. The JUSCANZ (Japan, the US, Canada, Australia and New Zealand) plus Norway, Switzerland, Iceland, Monaco and the UK chose to use their time to condemn the war in Ukraine and didn’t discuss plastics pollution, while GRULAC and the Africa region laid out what ambition looks like, calling for a comprehensive legally binding treaty across the full lifecycle of plastics with controls on production.

The Pacific Islands raised concerns that plastics pollution threatens their very existence, shaking up what was becoming a long afternoon. 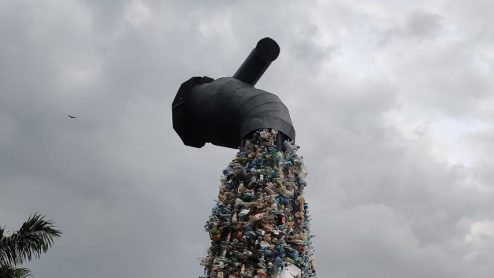 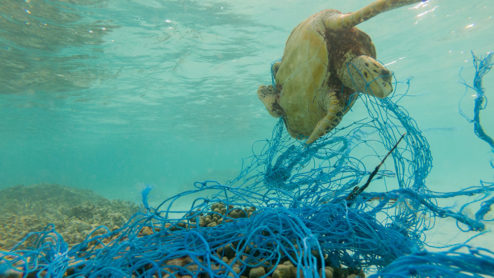