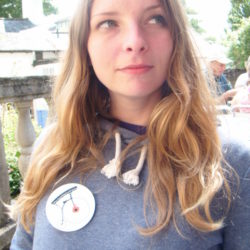 Illegal trade in ivory, rhino horn and tiger products receives a relatively high international profile, far more so than that in pangolins for their meat and scales – and yet in just a few short years, this quiet mammal has become the world’s most trafficked creature. Whenever EIA shares updates about the pangolin via social media and our website, we receive requests for more information – so here, EIA Crime Analyst Charlotte Davies talks pangolins and the threats they face.. 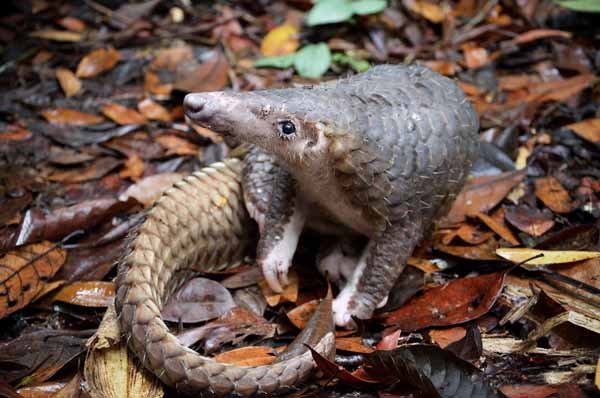 I first came across pangolins while working here at EIA. I learned that they are solitary nocturnal mammals, ranging from about 1.5 to 40 kg in weight, are covered in scales and are found in Africa and Asia. Diggers and climbers, they are natural pest controllers and consume huge volumes of insects a year. The good thing is they can fend off predators such as lions. The bad thing is that they can’t fend off humans.

Pangolins are threatened by pesticides, habitat loss and international trade in their meat for food. Not only that, they are used in traditional medicine and their scales are carved for decorations. They have a low reproductive rate, which makes threatened populations especially precarious.

And by the way – a recent article states that over a million have been killed in a decade. In fact, it was this massive trade which drew my attention in the first place.

A few years later, I was fortunate to actually meet live pangolins at Cuc Phuong National Park in Vietnam, a rehabilitation centre for pangolins rescued from wildlife trade. It was a delight to encounter pangolins face to face, and to see the intricacies of rehabilitation in action.

At Cuc Phuong, I met seven individual pangolins. In just one week in 2008 in Vietnam’s port city of Hai Phong – also a hub for ivory trafficking – there was a seizure of over 23 tonnes of meat and scales, including at least 2,460 individual creatures. 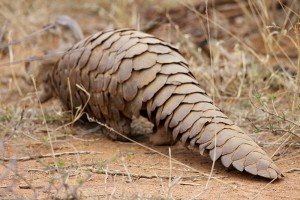 As Asian pangolins decline, African pangolins have become more threatened. Apparently, their scales are of a higher density and therefore preferable for use. The warnings had been voiced for several years and the inevitable impacts are now starkly visible.

In June this year, Hong Kong Customs seized over two tonnes of scales from Africa. African pangolins are both the biggest and the smallest so vary by weight, but a very rough estimate for scales puts that at about 800 individual pangolins.[i] The tonne-plus consignments keep on coming. Imagine the logistics involved to consolidate such numbers.

As with tigers and elephants, pangolins are also threatened by a domestic legal trade which stimulates demand for their parts and products. For example, China’s domestic regulations allow pangolin scales to be sold to designated hospitals and medicine manufacturers through Government quotas for clinical and medicinal use. Since 2008, the Government has issued a quota of over 108,534kg of scales[ii] ostensibly from legal stockpiles. This is the same wildlife utilisation scheme that EIA revealed in the report Hidden in Plain Sight and which threatens tigers. 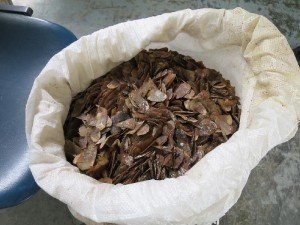 Some of the pangolin scales seized in Hong Kong in June 2014, via customs.gov.hk

CNN calls the pangolin “the most trafficked mammal you’ve never heard of”: with snakes, turtles and a host of other creatures, I hope pangolins won’t solely be remembered for how we witnessed the rapid extinction of an entire species.

Thanks to dedicated and tenacious NGOs working on these issues on the ground, media, specialist groups and concerned individuals, the world is now talking about this trade, and not a moment too soon.

Pangolin crime needs addressing because they are one more victim of a wider crisis which needs urgent action. African elephants and African pangolins are only two of the many species targeted by the massive poaching wave hitting the continent. Some people are making a lot of money from decimating these animals, and undermining governance and communities in the process. I imagine they are doing so quite happily. In the final market place, pangolin scales and ivory are ‘products’ dripping with corruption and violence.

With international networks trafficking huge amounts half way around the globe, and prolific syndicates trafficking pangolins along with ivory, tiger products and rhino horn, it sounds like organised crime to me, and the African pangolin is sadly now the focus.

Effective measures to combat wildlife crime will and should work for pangolin crime too. Reform towards better wildlife crime justice can help to stop the people most responsible for trade. That means identifying and targeting major criminals and disrupting their networks.

A shipping container of pangolins or ivory is a crime scene like any other. Countries could and should work together to track shipments from Africa to Asia and identify who handles them along the way. Countries can and should identify their own prolific and priority offenders and target them. Such criminals may even double as tiger or ivory traders – the Wildlife Protection Society of India recently stated that in India, “in some areas professional tiger poaching gangs are now focusing on the lucrative pangolin trade.”

What can others do? Donors can support effective projects which protect pangolins and the people living around them; promote pangolin rescue and rehabilitation best practice; and support wider and tangible governance and transparency reform.

And what can you do? Well, ask your government to prioritise wildlife crime with the resources it deserves; urge it to ask questions about stockpiles and legal trade schemes which stimulate demand for wildlife including pangolins, tigers and elephant ivory; support those groups working in-country – including voices within China and Vietnam who need support. And tell your friends and family, because word of mouth builds momentum and now is the time for action.

[i] @AlexHofford twitter, 16/06/2014. Experts are working on guidelines to show conversions from scales to quantify trade in individuals.