Traditional medicine is integral to many cultures and plays an essential role in healthcare in Africa.

The Chinese Government has been ramping up its expansion of traditional Chinese medicine (TCM) in Africa as a key part of its controversial Belt and Road Initiative (BRI). Major TCM companies and countless clinics have already been established across Africa, with further plans to construct full supply chains from sourcing to sales.

A wider range of TCM products has never been more easily accessible in Africa, with pharmaceutical companies setting their sights on an emerging African market and consumer base, as well as seeing the continent as a potential source of TCM ingredients.

Unfettered growth of TCM, however, poses a serious threat to biodiversity in Africa, all in the name of short-term profit. Any utilisation of threatened species in TCM could stimulate further demand, incentivise wildlife crime and ultimately lead to overexploitation. High-level meetings such as the triennial Forum on China-Africa Cooperation (FOCAC) summit, expected to take place in late 2021, are important opportunities to address these concerns. 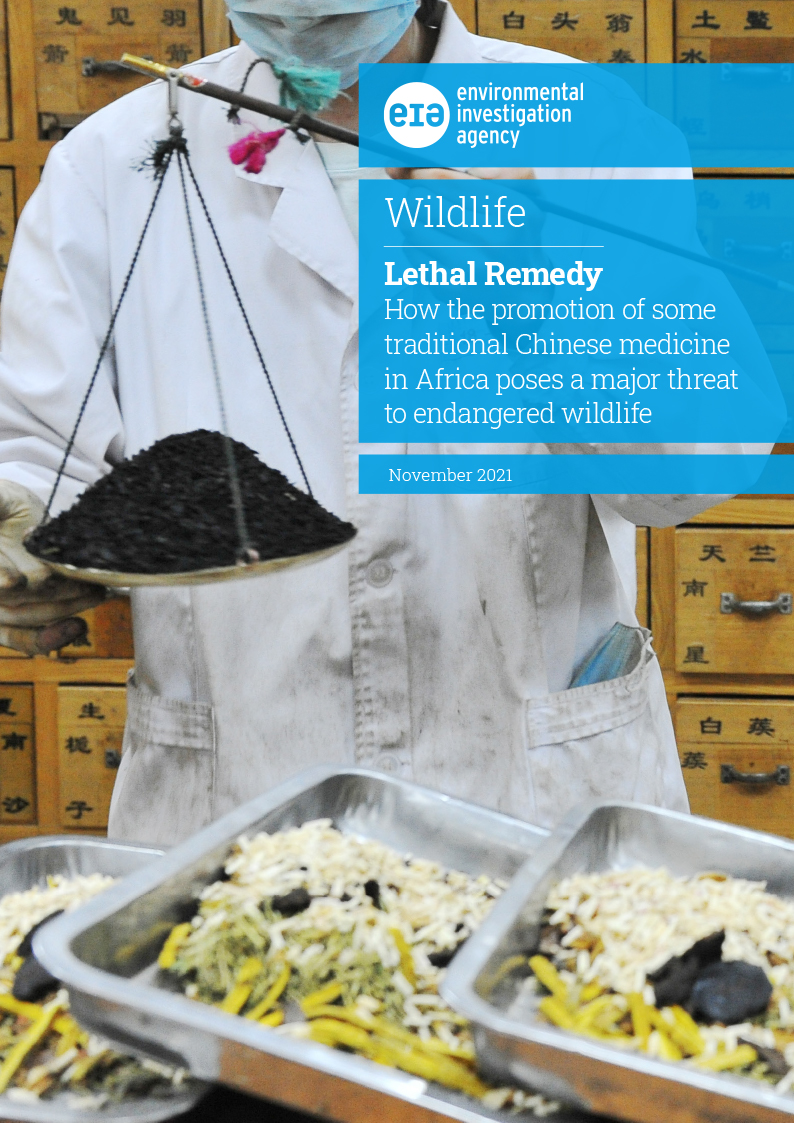