A briefing to the Bangkok climate change conference, August/September 2012.

Two separate proposals to amend the Montreal Protocol to regulate production and use of hydrofluorocarbons (HFCs) have been tabled every year since 2009 by Micronesia, and by Canada, Mexico and the United States.

Since that time, and despite the formal support of over half the Parties for action to regulate HFCs, progress on the Amendment Proposals has been repeatedly blocked. 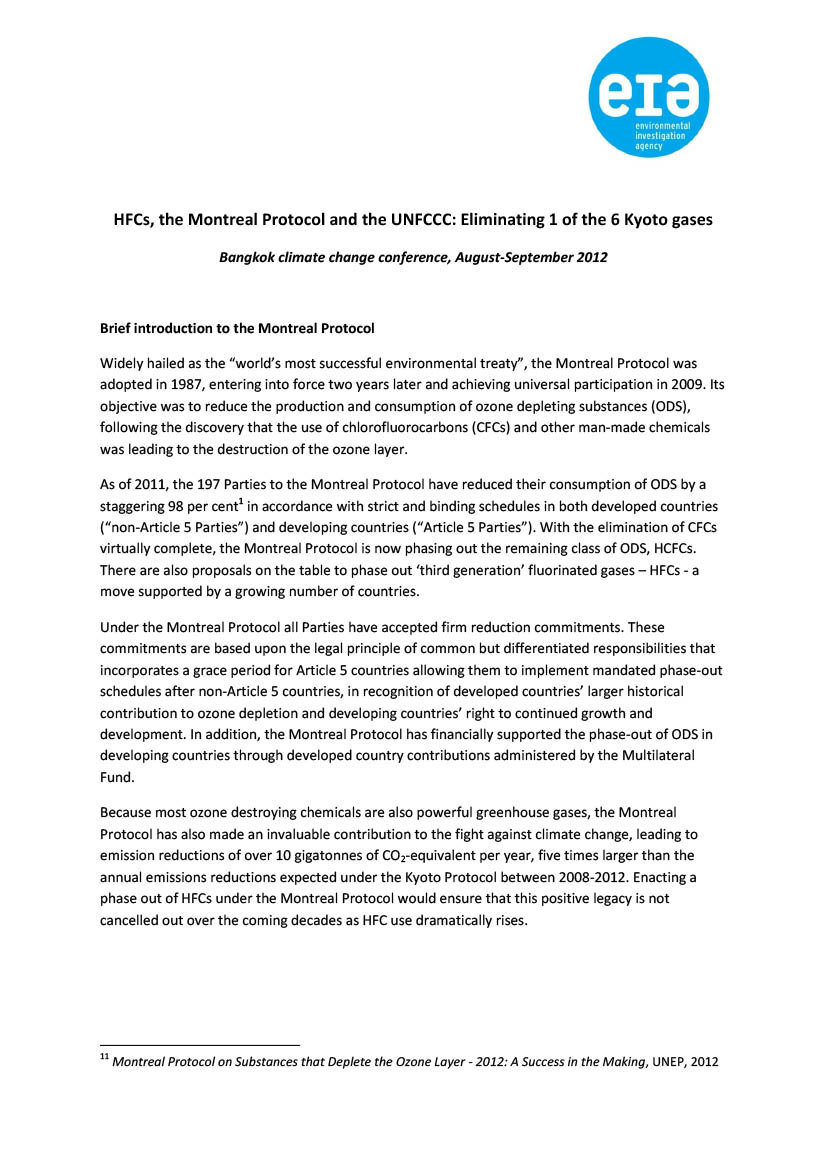