On 27 February 2013, we submitted comments on the 6th draft of the Vietnamese Timber and Timber Product Legality Definition, highlighting concerns that the Legality Definition fails to provide assurances that timber imported into Vietnam has been legally harvested and traded in the countries of origin.

Our comments were sent to the Vietnamese Ministry of Agriculture and Rural Development (MARD), and VNFOREST, as well as to the European Commission and related agencies. They have also been shared with Vietnamese civil society representatives within the VNGO-FLEGT Network.

Such “Legality Definitions” form the basis of Timber Legality Assurance Systems (TLAS), which are core elements of any Licensing System set up under Voluntary Partnership Agreements (VPAs). Vietnam is currently negotiating a VPA with the European Union. 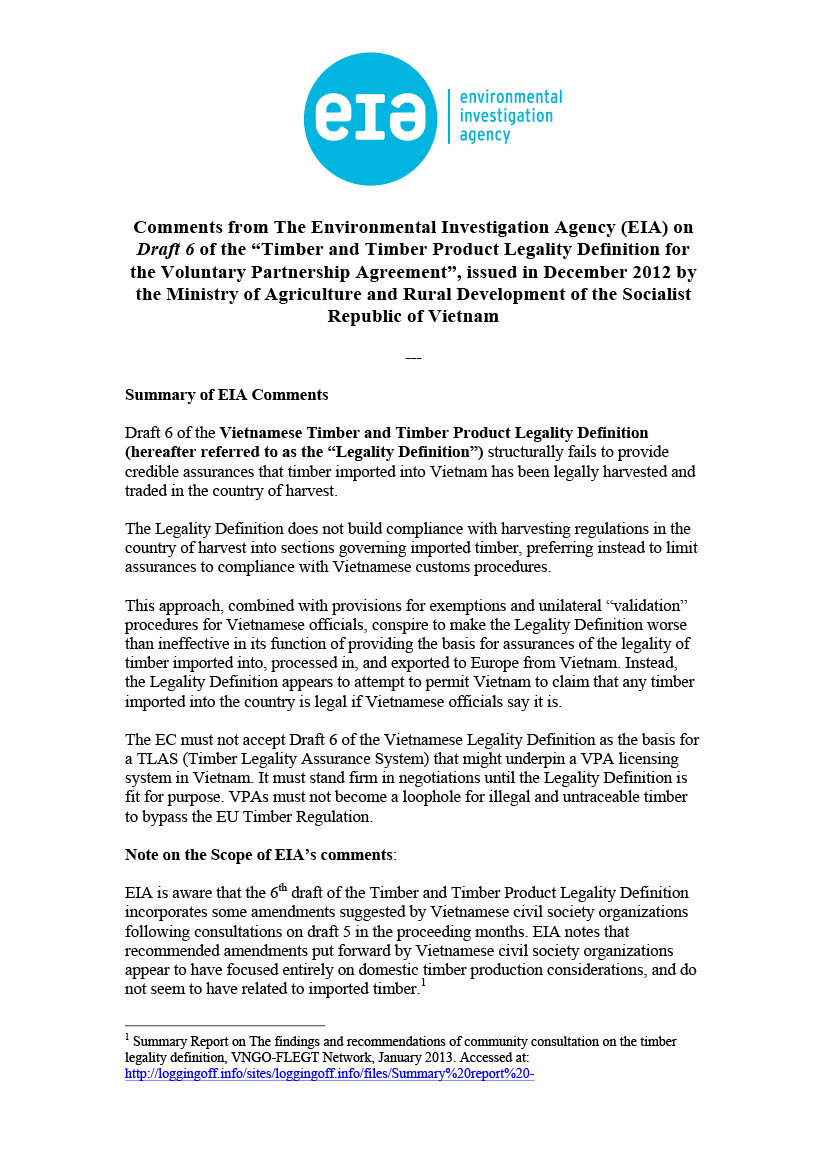