In February 2021, Myanmar’s democratically elected ruling party, the National League for Democracy, was overthrown by the Myanmar military in a coup d’état.

In the months since the coup, the people of Myanmar (formerly Burma) have been subjected to a continued escalation of conflict and brutal human rights atrocities. To maintain its illegal regime and crush dissent, the military is dependent on a continual flow of hard currency. As for the previous regimes, natural resources provide a source of profit for the military, whereby the forests of Myanmar are defined by their monetary value and have been part of the military and economic elites’ profits and, in some cases, survival for decades. 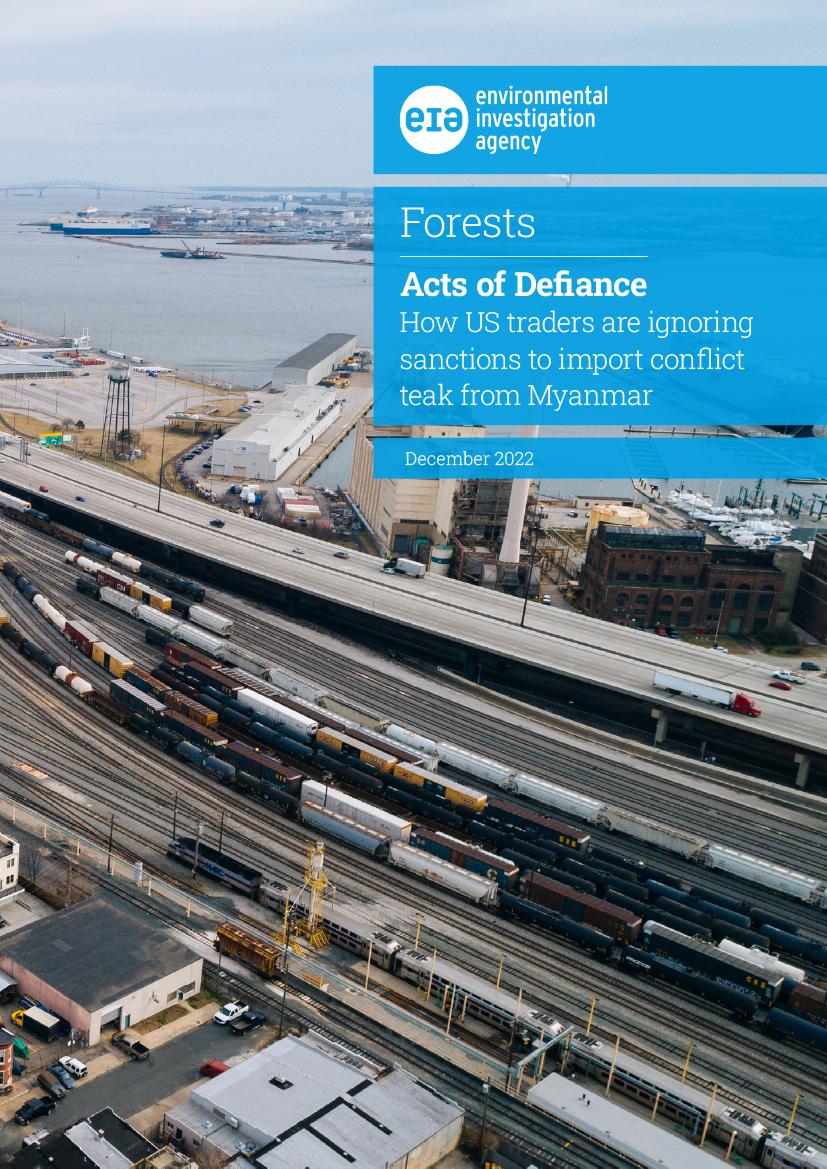