BANGKOK: As members of the Roundtable on Sustainable Palm Oil (RSPO), the world’s largest palm oil certification system, meet in Bangkok for their 17th annual meeting, the world is in the midst of a climate, biodiversity and human rights emergency.

Global citizens have watched in horror and outrage over the past months as some of the largest remaining forested areas on the planet – from the Amazon to Indonesia – have been on fire.

And the role of palm oil companies and consumer brands — including many RSPO members — in this crisis is no secret.

Last year, RSPO members approved a new set of Principles and Criteria that align with the global ‘No Deforestation, No Peat and No Exploitation’ policies of many of its members.

But the RSPO’s new standard will only be meaningful if it is upheld in a thorough, comprehensive and competent way. The new report Who Watches the Watchmen? 2’, released by the Environmental Investigation Agency (EIA) and Grassroots this week, exposes the RSPO’s inability to assure consumers and the public that its members can uphold its standard.

A coalition of 15 NGOs released the following statement as the RSPO meeting entered its final day:

“As the world faces a climate, deforestation and human rights crisis, we call on the RSPO and its members to fulfill their promise of sustainability and commitment to ending deforestation, peatland destruction and violation of human rights in the production and procurement of palm oil among its member companies.

“Violations of the RSPO’s standard and procedures remain systemic and widespread and there is little evidence that RSPO members are truly implementing the Principles & Criteria. To the contrary, research has shown no significant difference between certified and non-certified plantations and fire, peatland loss and human and labour rights violations have been repeatedly exposed on RSPO-certified plantations.

“The planet, affected communities, workers and global citizens can no longer afford to wait for the RSPO to slowly nudge member companies in the right direction, while allowing them to do continual harm both to the environment and people.

“To remain relevant in today’s world, the RSPO must urgently strengthen its assurance systems and make the entire process – certification, monitoring, audits, complaints and enforcement – credible and robust.

“We call on all RSPO members to take up this call to action with the necessary urgency.” 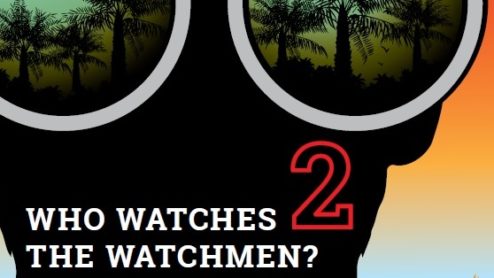