Consumers around the world are still being conned about the sustainability of the palm oil contained in the products they buy from cosmetics and foodstuffs to biofuels.

The Roundtable on Sustainable Palm Oil (RSPO) is a voluntary certification watchdog, created in 2004 to reassure shoppers and manufacturers who buy palm oil that anything bearing the RSPO label is not connected to the destruction of precious rainforests, including the habitats of endangered species such as orangutans, as well as human rights abuses and contributing to the climate crisis. 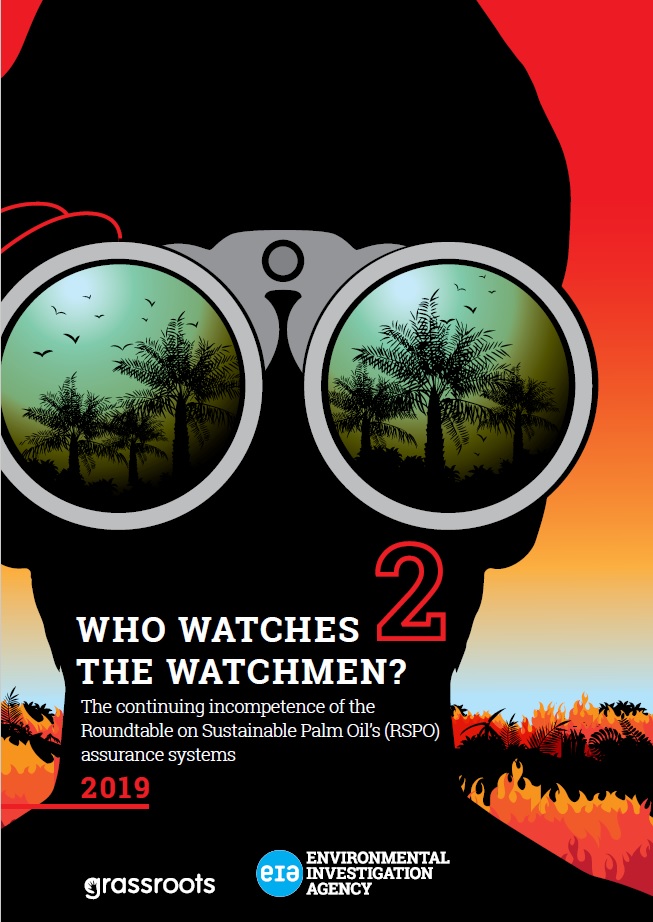 But instead, the organisation – which has more than 4,000 members in 93 countries and operates under the slogan “Transforming markets to make sustainable palm oil the norm“ – is still effectively giving false environmental credibility to its products, commonly known as ‘greenwashing’. This is despite these same major concerns about the credibility of the RSPO being raised by EIA in 2015.

Our latest investigations, featured in the report Who Watches the Watchmen? 2, have established a catalogue of shortcomings, including fraudulent auditing of oil palm plantations, primary forests being felled and community land rights violated.

Siobhan Pearce, Forests Campaigner, said: “If the RSPO is not upholding any of its own rules and if its palm oil isn’t what it says it is on the tin, then that’s a major problem for the industry.

“Consumers should also be worried because they’re buying this certified palm oil on the understanding that it does not cause harm to the environment, that it’s not destroying wildlife or forests and that it’s not exploiting local people.

“You have to wonder whether the RSPO has any credibility at all – to a certain extent, we’re all being conned because the RSPO is not keeping to its own rules and procedures and it’s a form of greenwashing.”

Palm oil is a cheap, mass-produced vegetable oil worth an estimated $70 billion a year. A total of 93 per cent of the world’s RSPO-certified palm oil is produced in Indonesia (51 per cent) and Malaysia (42 per cent).

In 2015, EIA’s report Who Watches the Watchmen?, produced with Malaysian partner Grassroots, took the RSPO to task over major failures in its system of scrutiny intended to underpin the sustainability guarantee. 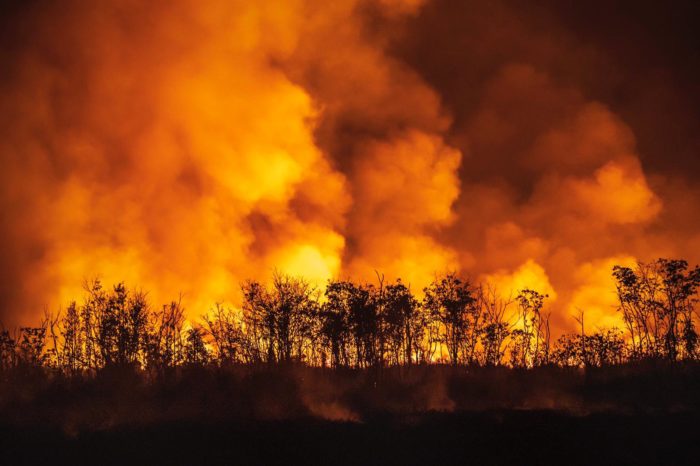 But four years later, as RSPO members gather in Bangkok, Thailand, for their annual meeting from 3-6 November, Who Watches the Watchmen? 2 reveals the organisation has failed to make meaningful progress on its promises to clean up its act.

RSPO failures identified by the new EIA/Grassroots report include:

Pearce added: “This is a scandalous state of affairs because we raised all these issues with the RSPO four years ago and it set up a special task force which was meant to develop a comprehensive work programme to deal with them, but it hasn’t delivered.

“The world is in the midst of a climate and natural emergency and can no longer afford to wait for the RSPO to slowly nudge companies in the right direction while still allowing them to do continual harm to the environment and people.” 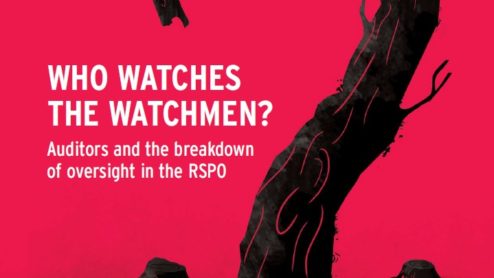