Saturday, February 18 is World Pangolin Day and EIA has updated its interactive map of known pangolin seizures to both mark the occasion and as a reminder of the many threats this unique creature faces.. 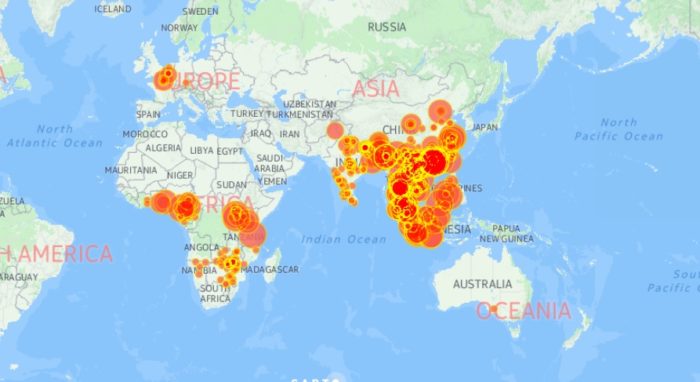 .Despite increased international awareness about the plight of pangolins, exemplified by the recent CITES uplisting to Appendix I for all eight species, there seems to have been little to no let-up in the extent and scale of the trade in their meat and scales.

Our updated map shows the sheer scale of pangolins illegally trafficked around the world in the past 16 years, highlighting seizure incidents from 2000-17 including recent multi-tonne pangolin scale seizures and the general increase in seizures of pangolin scales originating from Africa and key border crossings, ports and countries where there has been a significant reporting of trade in pangolins.

In 2007, large-scale ivory consignments (500kg or more) were cited by TRAFFIC as indicative of the involvement of organised crime operations. The level of coordination required to procure and consolidate poached pangolins for bulk, rapid export suggests organised criminal activity is dominant within pangolin trade flows, including potential links between traffickers based in western and eastern Africa and with groups in Asia.

Please take a moment to explore EIA’s interactive pangolin seizures map and see for yourself the extent of the illegal trade in this amazing but threatened animal.