In the wake of startling evidence of unexplained emissions of the ozone-destroying chemical CFC-11 in the atmosphere, we have found compelling evidence that illegal production and use of CFC-11 in China is the cause.

In our new report Blowing It, we reveal how we obtained evidence from 18 different companies in 10 Chinese provinces, confirming their use of CFC-11 as a blowing agent for the manufacture of foams utilised to insulate buildings and appliances.

And it’s clear these are not isolated incidents but common practice throughout the industry. 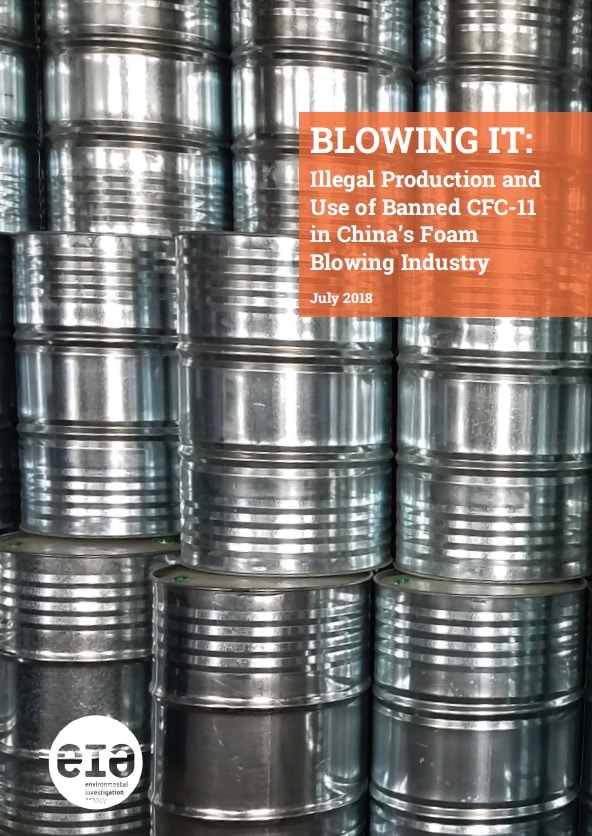 In May 2018, scientists revealed that atmospheric levels of CFC-11 – banned under the Montreal Protocol since 2010 – were significantly higher than expected, leading them to conclude that new illegal production and use of CFC-11 was occurring in East Asia.

Information we obtained conclusively demonstrates that the use of CFC-11 in China’s rigid polyurethane foam insulation sector, in particular in the building and construction subsector, is widespread and pervasive.

CFC-11 is used as a foam blowing agent for the manufacture of moulded foam panels and spray foam used for insulation purposes.

Climate Campaign Leader Clare Perry said: “This is an environmental crime on a massive scale. How the Montreal Protocol addresses this issue will determine whether it continues to merit its reputation as the world’s most effective environmental treaty.”

Blowing It is released ahead of the Open-Ended Working Group of the Montreal Protocol meeting in Vienna from 11-14 July, where the issue of the rogue CFC-11 emissions is likely to be high on the agenda.

We strongly urge the Government of China and Parties to the Montreal Protocol to acknowledge the huge scale of this environmental crime and take immediate action to investigate further, implement legislative reform and ensure effective intelligence-led enforcement.