We are horrified to learn that South Africa is to nearly double the number of captive lion skeletons to be exported, from 800 to 1,500 a year..

There have been significant shipments of lion parts in the past 10 years to South-East Asia and China where they are marketed as tiger, further exacerbating demand for the world’s most endangered big cats.

There are fewer than 4,000 tigers left in the wild and they are still being targeted by consumers who want ‘the real thing’. Despite the availability and accessibility of farmed tiger parts, and the massive influx of legal lion body parts into the market, wild tigers and other big cats are poached for the growing unchecked and unchallenged demand in China, Chinese consumers in South-East Asia and among Vietnamese for big cat parts and products.

Lion bone, teeth and claws are not sold as cheap legal substitutes for tiger, they are supplementary. Court cases across China reveal several examples of “tiger” parts that have been seized but, upon testing, have turned out to be lion. 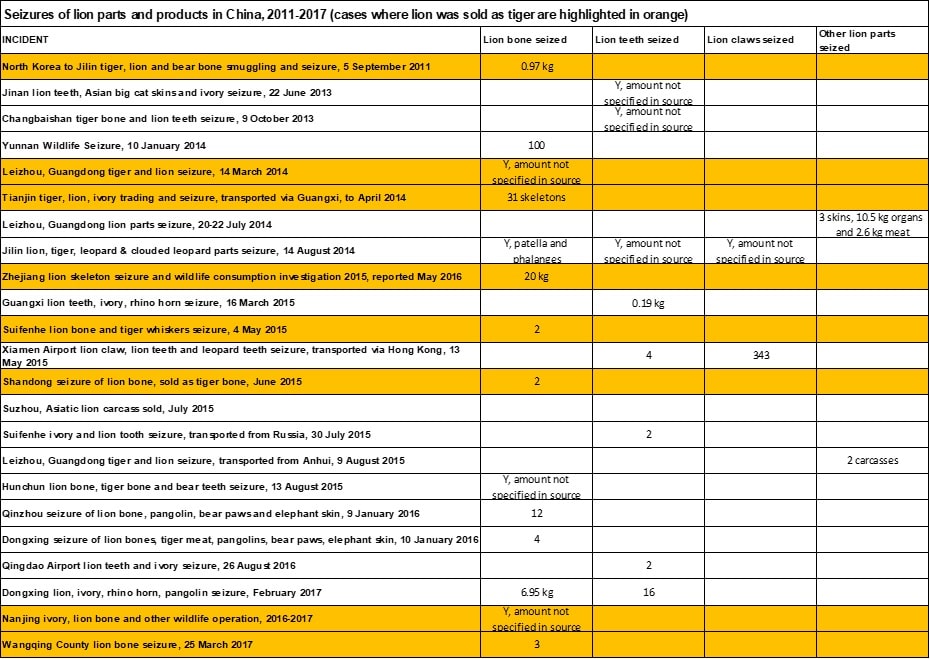 Court records also reveal that at the point of sale, just one step away from an end consumer, lion bone was being sold for up to three times the price of wild tiger. This indicates what traders and consumers towards the end of the trade chain are prepared to pay for “tiger” and is one of the reasons criminal networks dealing in wild tiger parts are still motivated to continue poaching and trafficking. 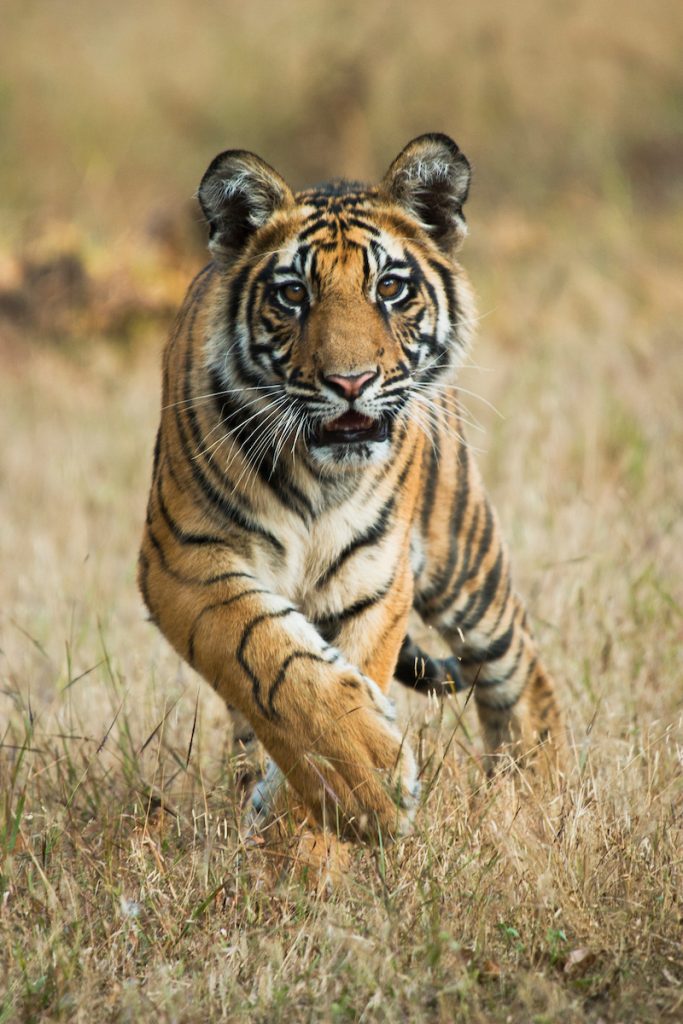 Teeth and claws, high in value and easy to conceal, have always featured in the big cat trade.

Today, the open sale and use of big cat teeth and claws, advertised as tiger, across social media in South-East Asia and China is indicative of a seeming acceptability but inexplicable tolerance of the trade. Trade observations significantly outweigh seizure records.

There is just far too little investment in enforcement and demand-reduction in China and South-East Asia to end the big cat trade and wild tigers, leopards, snow leopards, clouded leopards and even Latin America’s jaguar are paying the price. The sale of lion teeth and claws as tiger is contributing to this demand.

The export of lion skeletons is fuelling the business of these criminal enterprises and South Africa should be held to account for propping them up.

There is also significant risk that the parts of farmed tigers in South Africa are being laundered alongside lion bones.

We have been urging the Convention on International Trade in Endangered Species (CITES) Secretariat to subject South Africa and its tiger farms to a Mission under the current process to investigate non-compliance with the CITES Resolution and Decisions relating to tigers.

Our campaigners are at CITES Animals Committee this week advocating a zero quota in the commercial trade of any lion parts and derivatives.