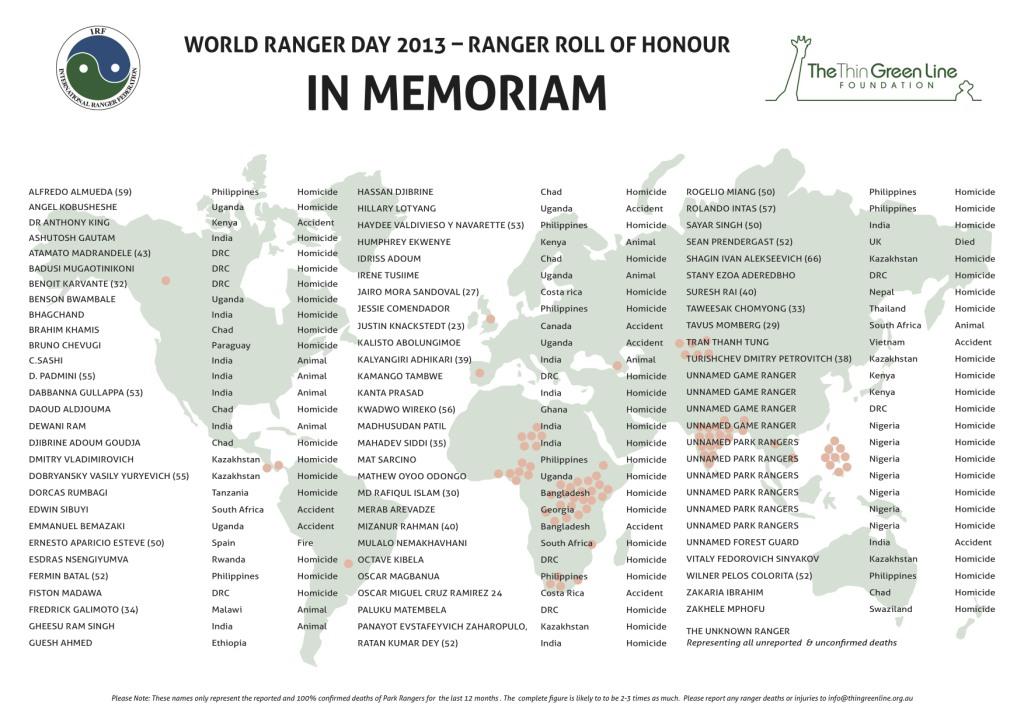 Too often, and too commonly, environmental crime is seen as a ‘victimless’ crime, a ‘softer, fluffier’ crime than, say, human trafficking, arms smuggling or the drugs trade. 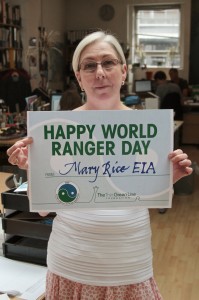 But the grim reality is that alongside the terrible toll taken on endangered species such as tigers, elephants and rhinos, the activities of highly organised transnational wildlife crime syndicates also exact a huge price in human life.

The Thin Green Line Foundation has recorded the deaths of approximately 1,000 rangers in the past decade; it estimates that the real figure may be as high as 5,000 for the period.

Rangers work at the sharp end of the fight against environmental crime, often in isolation and with inadequate equipment. Some of them are killed by animal attacks and accidents, but by far the majority are all too often murdered by well-armed and well-organised poachers and criminal gangs.

Today (July 31) is World Ranger Day, an opportunity to remember the fallen and what they died for, to pay our respects to the brave individuals who – often underpaid, outnumbered and outgunned – do their utmost to protect wildlife.

It is also an opportunity to pay tribute to the work of The Thin Green Line Foundation which provides vital equipment, training and resources to rangers in the field, frequently in high value conservation and conflict zones.

Just as importantly, it doesn’t forget the often unseen victims of wildlife crime – the widows and children of fallen rangers – and provides meaningful and effective support for them.