The fight against transnational environmental crime is ceaseless and largely fought with donations, grants, intelligence and tenacity – but few people can claim to put as much on the line as rangers in the field. 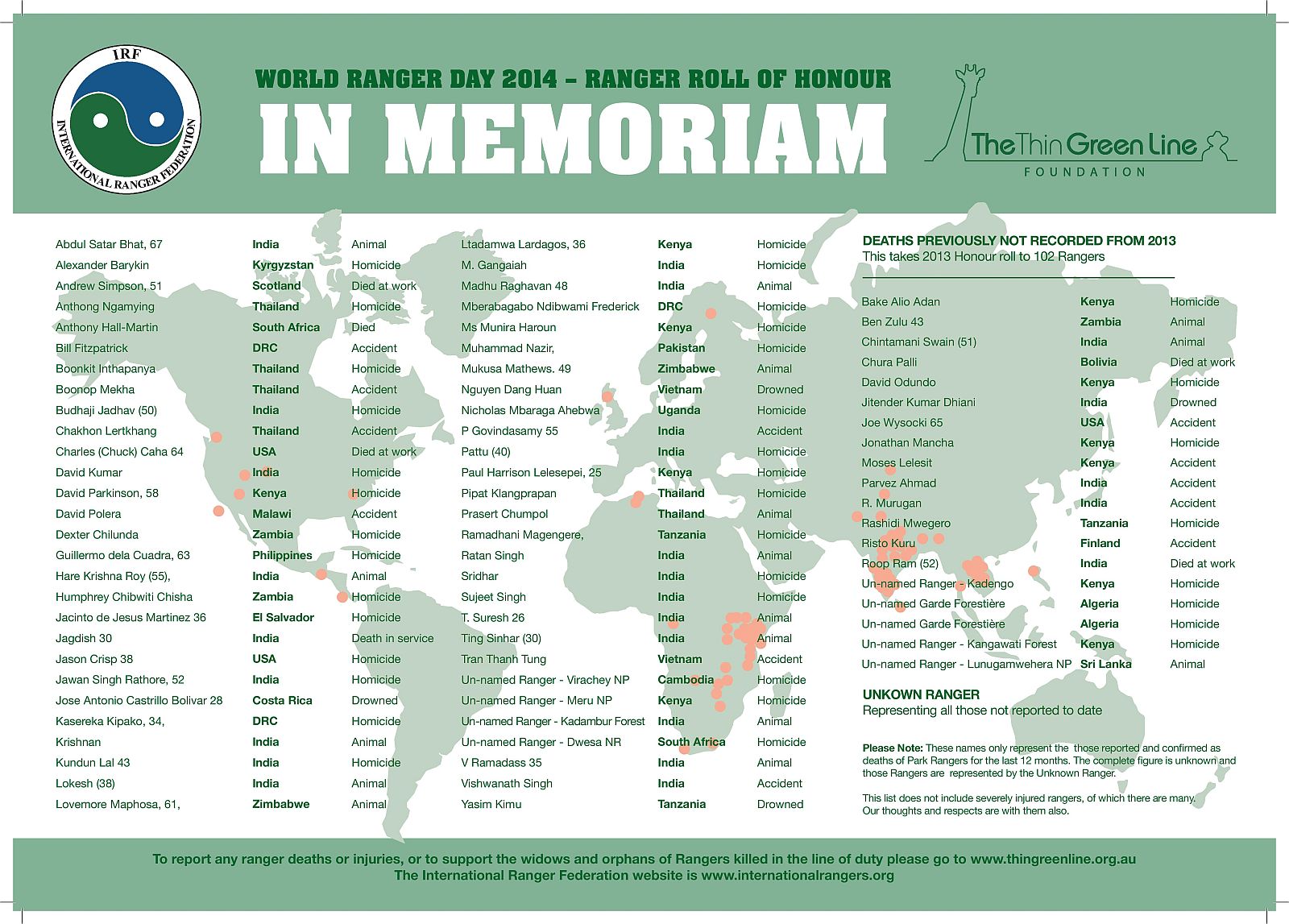 .Today (July 31) is World Ranger Day, an opportunity to pay tribute to the sacrifice of some and the diligence of all.

The Thin Green Line Foundation has recorded the deaths of more than 1,000 rangers in the past decade, but estimates the real figure may be as high as 5,000 due to unreported or undiscovered incidents.

The activities of highly organised transnational wildlife crime syndicates take a terrible toll in human life and 53 individuals have lost their lives so far in 2014, working on the frontline to protect wildlife and forests.

For example – in recent years, areas along Thailand’s border with Cambodia have seemed more like war zones as enforcement personnel take a stand against armed illegal loggers stealing a fortune in precious rosewood.

Julian Newman, EIA Campaigns Director, said: “Every day, rangers are out there at the sharp end of the fight against wildlife poachers and illegal loggers. Today we recognise their bravery and dedication.”

Rangers often work alone and with inadequate equipment. Some die in animal attacks and accidents, but many more are murdered by poachers and criminal gangs.

World Ranger Day is also a chance to pay tribute to the work of The Thin Green Line Foundation, which provides equipment, training and resources to rangers in the field, as well as providing support to the widows and children of fallen rangers.

Sean Willmore, founder of The Thin Green Line Foundation and President of the International Ranger Federation, said: “Many park rangers around the globe overcome and deal with the realities of extreme violence in their anti-poaching efforts, little support in terms of equipment and training, and hard living conditions with low wages and often remote living.

“Thankfully we are seeing a growing chorus of voices publically acknowledging and calling for greater support of the critical work park rangers undertake.”