In February of this year, EIA published a report on the illegal smuggling of timber from Mozambique to China entitled First Class Connections: Log Smuggling, Illegal Logging and Corruption in Mozambique, highlighting the role of Chinese traders in facilitating the illegal flow of stolen timber. 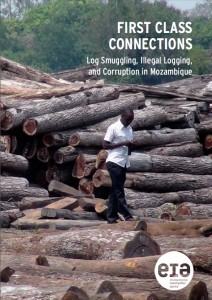 The report identified that 48 per cent of China’s imports of logs and sawn timber from Mozambique were illegal, and that these exceeded Mozambique’s licensed harvest by 154,030 cubic metres, generating an alarming 48 per cent illegal logging rate.

The loss in revenue to this illegal trade for 2012 alone came to almost US$30m in what is the fourth least-developed country in the world. The report also highlighted allegations made about the possible involvement of the current Minister of Agriculture and the ex-Minister of Agriculture in the smuggling of timber.

Since then, a number of interesting developments have occurred.

Following pressure from the international donor community demanding responses from the Government to the allegations made in our report, and in particular from the Finnish Embassy in Mozambique, the Public Prosecutor’s Office announced an official investigation into all of the allegations, claiming that it was going to set up an investigative committee in Maputo with the aim of sending its members to the northern states, where most of our investigation took place, so they could investigate and question the individuals and companies concerned.

While EIA received a positive response from the international donor community, one voice was notable for its silence on this issue – the Chinese Embassy. 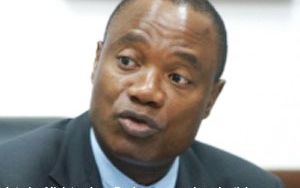 We have also had official responses from the current Minister of Agriculture, Jose Pacheco, and from the ex-Minister of Agriculture, Thomas Mandlate, denying their involvement in this illicit trade. Both of these individuals were implicated in the illegal smuggling of timber from Mozambique to China by Chinese traders (Mofid and Senlian, respectively) who told our undercover investigators that they benefit from the pair’s help.

Renamo opposition party members also brought up the allegations made in our report in a recent congressional session, demanding answers from the current Minister of Agriculture in relation to his involvement and demanding that the Government formally responds. The Minister of Finance, who received these demands, responded by suggesting that the Mozambican Government would respond once it had fully examined our report. 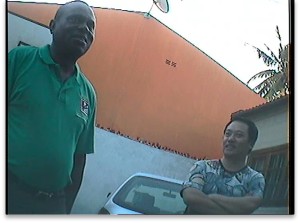 In light of the media attention the report received, EIA campaigners travelled to Mozambique to follow up, and also appeared on a popular political television debate program wherein the report was discussed by a panel of experts and ordinary Mozambicans phoned in to express their opinion on the allegations made.

EIA also met with civil society groups and prominent Mozambican political commentators to discern whether or not any positive reforms or changes could come out of the problems identified in our report and from the investigation announced by the Public Prosecutor. Most of those with whom we met expressed scepticism that the Prosecutor’s investigation would be effective, pointing out how ineffective the Office had been in relation to other high profile corruption cases, and how susceptible the Prosecutor was to political influence. Many civil society groups were also pessimistic about forest sector reforms, pointing out that they had been raising the same issues we highlighted for years.

Nonetheless, in an effort to keep the issue of forest sector reform on the agenda, Mozambican civil society published a press release calling for the investigation to be independent of political influence, and demanding that the Government also addresses the trade discrepancies identified in our report in conjunction with Chinese authorities.

Meanwhile, the problems of the forest sector continue, with the Permanent Secretary of the Ministry of Agriculture, Daniel Clemente, publicly announcing that there are only 500 forest officers tasked with enforcing the forest management system, way below the minimum requirements of what would be necessary to properly enforce the law, of between 2,000-3,000 officers. Considering that Mozambique loses significant amounts of money from the loss of tax revenue derived from the illegal smuggling of timber, a crackdown on this illicit trade would likely triple their enforcement, zoning and inventory budgets by bringing in these lost taxes.

So while problems remain for the forest sector in Mozambique, we are still waiting to see the results from the Prosecutor’s Office as a test of its ability to enforce the law independent of political interference, and are still looking for the Government’s response to the problems highlighted in our report relating to the trade discrepancies.

Finally, another report on illegal logging is due to be published soon by a leading university in Mozambique, once again highlighting the problem of illegal logging in country and emphasizing the need for Mozambique to strengthen its forest law enforcement system.