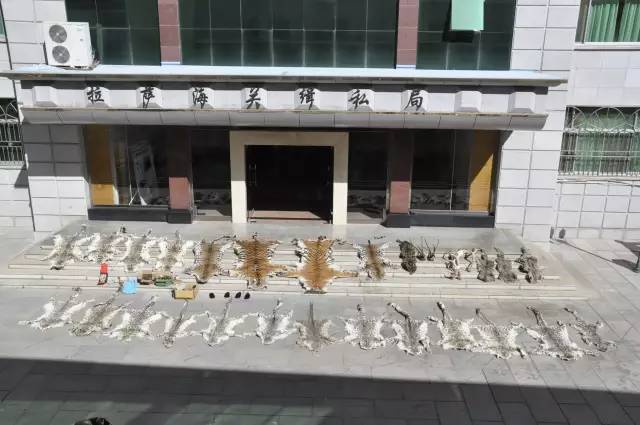 Lhasa has long been a key transit and sales hub for illegal trade in Asian big cat parts and derivatives from animals poached in south Asia and destined for China’s luxury market for cat skin rugs, while bones are used illegally in traditional Chinese medicine.

Poaching and seizure data collected by the Wildlife Protection Society of India, an Indian NGO, indicates that 41 tigers have been killed and/or traded so far this year. That represents an increase compared to the previous two years and a return to the scale of poaching and trade recorded in 1999-2002, 2005 and 2013.

With fewer then 4,000 wild tigers remaining on this planet, this recent seizure is another reminder of how critical it is that governments invest more in tackling the organised criminal networks responsible – India and Nepal have made great strides in national and cross-border enforcement and cooperation, and the same level of cooperation is required from agencies in China.

The trans–Himalayan route has always been used to traffic wildlife and in 2003 the largest ever seizure of big cat skins – 31 tigers and 581 leopards – took place in Sangsang in the TAR, en route to Lhasa. Many of the skins had Delhi newspapers stuck to the back of them, while the couriers had spent two months negotiating with middlemen in India and Nepal to secure the consignment.

Lhasa Customs was commended for the seizure in 2003 but unfortunately information generated by its subsequent investigation was not shared with law enforcement in India and Nepal and an opportunity to investigate the entire network was lost.

Once again, Lhasa Customs should be commended for this recent seizure but EIA hopes that this time critical information which could disrupt a trans-Himalayan network is shared with agencies in Nepal and India in good time. That includes information on the individuals involved and their modus operandi, but also non-sensitive information such as good quality images of the tiger skins seized.

India hosts a database of the stripe pattern profiles of camera-trapped tigers in India, Nepal and Bangladesh. Using ExtractCompare software, it can scan good quality images of seized tigers and determine if there is a match, which can reveal where the tiger originated.

India and Nepal have done this successfully on a number of occasions but China has yet to share any images of tigers seized. A Decision adopted at the 17th Conference of the Parties to the Convention on International Trade in Endangered Species (CITES) a month ago urges countries which make seizures of tiger skins to share such images.