The discovery raises the possibility of a larger scale of climate crime taking place in the EU than was previously estimated. 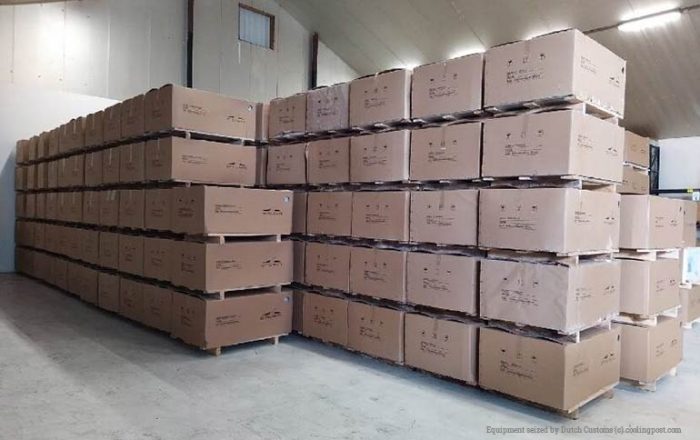 HFCs are a family of synthetic greenhouse gases hundreds to thousands of times more potent than CO2 and commonly used in refrigeration, air-conditioning, heat pumps, aerosols and foams.

They are currently being phased down under the EU F-Gas Regulation and importers of HFCs must be registered in the F-Gas Registry and have an allocated quota to operate legally. This also applies to HFCs imported inside pre-charged equipment (units which are filled with refrigerant gas in the factory).

As HFC supply was restricted under the phase-down, prices rose and illegal imports of these gases proliferated, with criminals taking advantage of an inadequate monitoring, reporting and compliance system put in place to identify and prevent illegal trade.

For our recent report Europe’s Most Chilling Crime, EIA Climate campaigners conducted a detailed assessment of bulk HFC imports into the EU, alongside an investigation which identified Romania as the key entry point for illegal HFCs, sourced primarily from Turkey and Ukraine.

Although the precise size of the illegal HFC trade in bulk containers cannot be accurately determined due to its nature, EIA believes it is significant, likely between 20-30 per cent of the legal trade. No such assessment has been made of the illegal trade in HFCs contained in equipment, which accounts for about 16 per cent of legal HFC imports.

Dutch authorities have now reported and taken action against two unnamed companies illegally importing HFC refrigerants into the EU inside cooling equipment. The two imported more than 8,000 air-conditioners and heat pumps to the Netherlands during the past two years; these were imported from China without the necessary F-gas quota and sold illegally to customers in the EU.

EIA congratulates Dutch Customs for taking action on this climate crime. The Human Environment and Transport Inspectorate (ILT) has imposed a penalty on both companies and the Public Prosecution Service will determine the sanction – for the heat pumps, the penalty could reach a maximum of €345,000 plus up to €500,000 for the air-conditioners.

Furthermore, EIA is advocating bans on the use of high global warming potential HFCs in a number of products, including domestic air-conditioners and heat pumps. An accelerated transition to natural refrigerants in these sectors would reduce HFC demand and in turn reduce illegal trade. 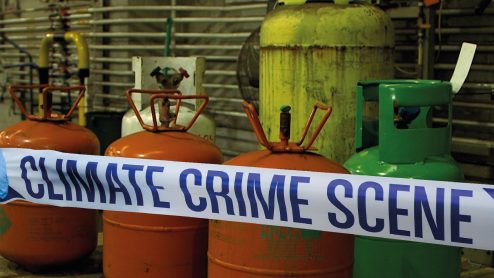 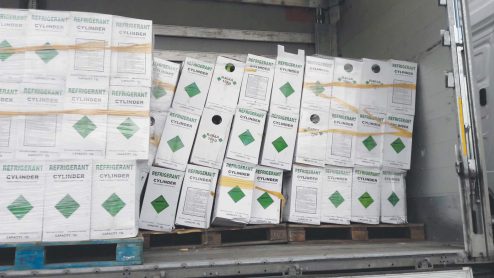