Following the declaration of 2011 as the worst year for elephants since the international trade in ivory was banned in 1989, the issue is to be raised in the UK’s House of Lords today (July 4, 2012) at 3pm. 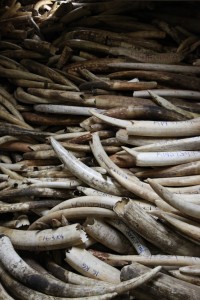 Lord St John of Bletso will “ask Her Majesty’s Government what measures to address the increase in elephant poaching and the illegal sale of ivory to the Far East they plan to support at the Standing Committee meeting of the Convention on International Trade in Endangered Species on 23 July.”

Lord St John has been briefed on the issue by Kenya-based Space for Giants and the Environmental Investigation Agency (EIA), which are both campaigning for clear polices to address the current elephant poaching crisis.

Both organisations oppose any proposals for CITES-sanctioned auctions of stockpiled ivory in 2013. They are also calling for China’s status as an Approved Buyer to be revoked, followed by a thorough review of those holding this status.

To discuss the international ivory trade or for an interview, please contact Space for Giants CEO Max Graham  via max@spaceforgiants.org or +254 722 485 584 or EIA Executive Director Mary Rice via maryrice@eia-international.org or +44 (0) 20 7354 7960.

You can read the EIA briefing Blood Ivory: Exposing the myth of a regulated market here.

For more information about Space for Giants, visit the organisation’s website here.