New whaling quotas for the next five years announced by the Government of Iceland are a big step in the wrong direction..

Despite growing opposition to the country’s rogue whaling from businessmen and politicians concerned about the damage being done to its image as a tourism destination, Fisheries Minister Kristjan Juliusson announced last week an annual quota of 209 protected fin whales and 217 minke whales for the next five years.

The quota could result in the slaughter of up to 2,130 baleen whales during the period.

Clare Perry, our Oceans Campaigns Leader, said: “This is a crushing disappointment and huge step backwards for a country otherwise so often deemed to be progressive.

“Despite calls on the Icelandic Government from ourselves and other NGOs as well as from Icelandic tourist interests, the announcement of these new quotas effectively endorses and shores up the country’s renegade whaling practices.

“We respectfully urge the Government of Iceland to consider the mounting opposition to whaling, in its own country and around the world, and bring Iceland in from the cold by revoking these new quotas with immediate effect.

“Whaling belongs only in the history books – and history, in both the near- and long-term, will judge Iceland harshly for continuing to exploit endangered marine species.”

Iceland’s most high-profile whaling is carried out by multi-millionaire rogue whaler Kristján Loftsson and his company Hvalur hf, which resumed their slaughter of endangered fin whales in defiance of the international ban on commercial whaling last year after a two-year hiatus attributed to difficulties exporting to Japan, the main market for Icelandic whale meat exports.

Fin whale meat is not popular in Iceland and since 2008, more than 8,800 tonnes of whale meat and blubber have been shipped to Japan, despite the ban on international trade in whale meat under the Convention on International Trade in Endangered Species (CITES).

Loftsson announced his plans to plans to resume his hunt last year alongside proposals to market fin whale meat, blubber and bones for iron supplements and other medicinal or food products. 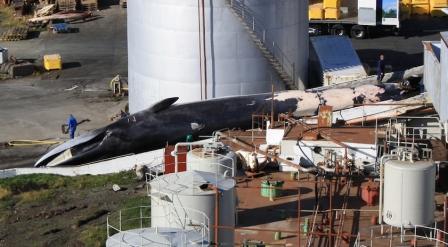 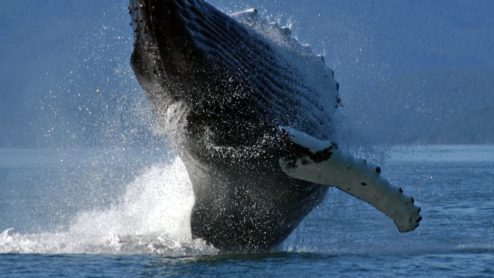