Humans have to date produced a staggering 10 billion tonnes of plastic – of which about six billion tonnes is now plastic waste in landfill sites or polluting the open environment.

In our new report The Truth Behind Trash: The scale and impact of the international trade in plastic waste, EIA’s Ocean team has pulled together and analysed available plastic waste export data to give the most comprehensive picture to date of the world’s mounting plastic waste trade problem. 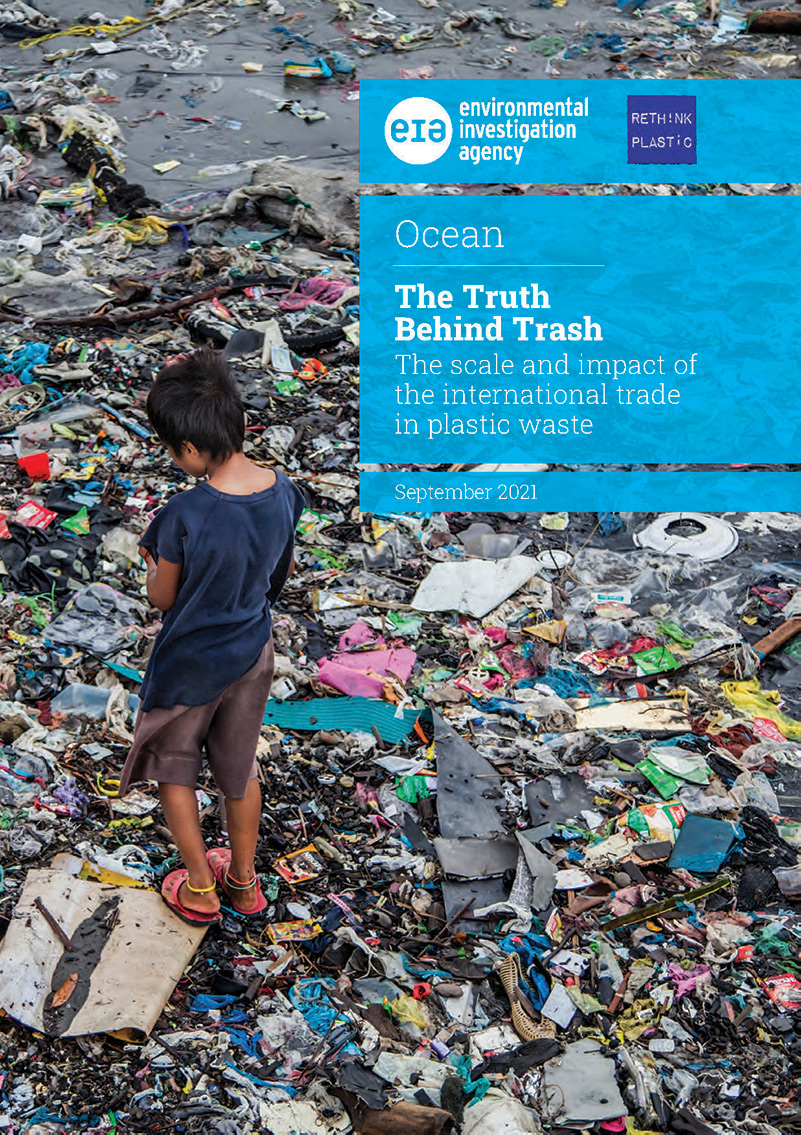 In just 65 years, plastic production on the planet has increased by 18,300 per cent, fuelling a relentless convenience lifestyle that produces enormous and unnecessary quantities of waste. Since plastic waste trade data collation began in 1988, more than a quarter of a billion tonnes of plastic waste has been legally exported around the globe.

Tom Gammage, Ocean Campaigner, said: “There’s no getting away from the fact that the world has an horrendous plastic pollution problem and, with plastics lasting for hundreds to thousands of years, we’re leaving a toxic legacy to our descendants and all other lifeforms on the planet.

“The trade in plastic waste is just a secondary symptom of rampant overproduction and consumption. We urgently need a global plastic treaty to do for plastics what the Montreal Protocol did for harmful gases destroying the ozone layer – radically phase them down.

“In the meantime, we must end plastic waste colonialism, whereby high-consuming wealthier countries simply export their plastic waste – and their problem – to poorer countries which  also lack the infrastructure to deal with it.”

The Truth Behind Trash shows the immense scale and opacity of the plastic waste trade, which not only enables the ever-expanding production of virgin plastic and its unchecked consumption but firmly displaces the duty of treatment onto those countries which are not responsible for it.

Exporting countries – primarily the UK, EU member states, Japan and the US – are overwhelming the plastic waste management infrastructure of destination countries as a result of not being able to manage what they alone produce and consume. EIA believes these countries must take responsibility for their own waste by banning its export and reducing the amount of plastic they consume.

The best estimates suggest as much as 79 per cent of all plastic waste is going into landfill and the natural environment and the plastic waste trade contributes significantly to that.

Plastic pollution is now found in all environmental compartments – it pollutes the most isolated places on land and sea, is in our food and water and in the air we breathe.

The vast majority of plastic waste in trade was previously exported to China, but in 2018 China implemented its National Sword policy to effectively ban the import of most plastic waste to protect its environment and human health; as a result, the trade has been diverted to new destination countries, primarily in South-East Asia, such as Malaysia and Vietnam in addition to Turkey.

In addition, illegal trade in plastic waste has grown significantly in recent years as criminal groups have exploited the massive market disruption caused by China’s ban on plastic waste imports. Countries in Asia and Eastern Europe, especially Malaysia, Thailand and Turkey, have seen significant rises in both total volumes of imported waste and the rates of illegal activity.

This illegal trade is estimated to be worth up to €15 billion in the EU alone, facilitated by a serious lack of transparency and accountability in the sector.

Gammage said: “The plastic waste crisis can only be solved through an holistic strategy that places emphasis on upstream solutions to reduce production and consumption of virgin plastic, alongside a ban on plastic waste exports.

“This will require an ambitious package of binding measures under a new global treaty to significantly reduce plastic waste generation and leakage while promoting resource efficiency and a safe circular economy for plastics.

“In the short to medium term, countries should work to ensure traceability and transparency of any plastic waste in trade and significantly improve inspection and enforcement capacity.” 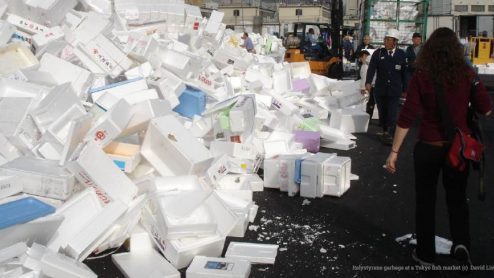