It is a scene that occurs all too often in the forests of Indonesia. Local communities facing intimidation from plantation companies, backed by local government officials, which want to clear forest land to make way for palm oil production. Ambrosius Ruwindrijarto, President of EIA’s Indonesian partner Telapak, describes one community’s struggle to protect its forests in the face of escalating threats. 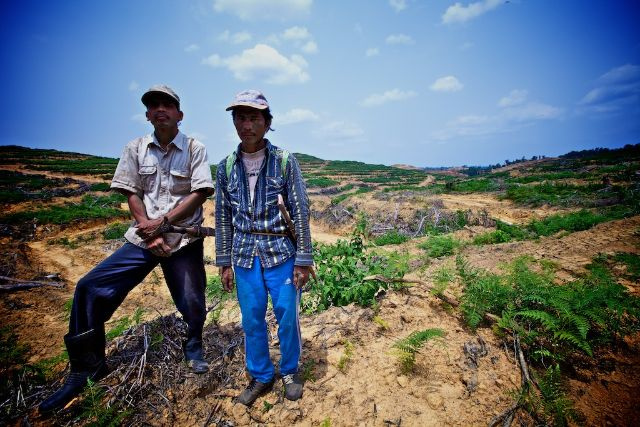 Telapak was first alerted to the fact that something was going seriously wrong when it received an urgent communication in late October: “Mr Petinggi almost beaten. The situation now is getting more tense.”

The information referring to a local community leader came from a contact in Muara Tae, a village in West Kutai, East Kalimantan province. Palm oil company PT Munte Waniq Jaya Perkasa had entered the Muara Tae forest and, backed by the police and military, had started clearing land with bulldozers.

The clearance stopped when local residents objected, but the threat remains and tension has mounted in recent days. 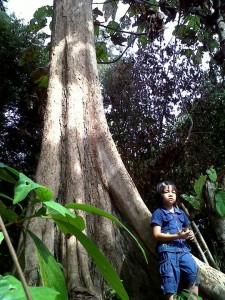 The 638 hectares of forest to which PT Munte Waniq Jaya Perkasa is laying claim is disputed land. The company’s actions have not only damaged the forest but sparked conflict within the local community. One resident of Muara Tae told Telapak: “Our forests are being destroyed. Kinship, agreements and unity have been divided.”

A major cause of the conflict is the failure to recognise traditional ownership of the forest land, which has been used for generations by the Dayak Benuaq people. For the past 10 months, Muara Tae’s residents have tried to protect their ancestral lands by building a guard station, mapping the boundaries and creating a seed nursery for preserving their forests.

Muara Tae is a special place. Much of the forest area around it has already been cleared for palm oil plantations and coal mines. It has effectively become a forest oasis, hemmed in on all sides by natural resource exploitation. And now companies are closing in on Muara Tae’s land. 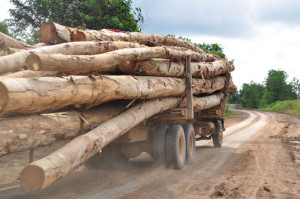 Telapak is supporting the struggle of the local people.  If the local indigenous community does not want to give its land to the company, its right to do so should be recognized, as should its right to safeguard and preserve its last forest.

Telapak will do anything in its power to help these people secure their rights to keep their land. Telapak also invites other individuals, organisations, stakeholders and any other concerned parties to help Muara Tae and by so doing help transform the situation into an example of how such conflict should be handled, while also seeking solutions for the wider environmental problems in Indonesia.

Meanwhile, in Muara Tae the threats and intimidation continue.

• See here for coverage of the story on Mongabay.