One of the biggest events on the international conservation calendar gets under way this week and our campaigners will be there to press for robust action to safeguard threatened species from illegal trade.

The 18th meeting of the Conference of the Parties (CoP18) to the Convention on International Trade in Endangered Species (CITES) and meetings of the CITES Standing Committee take place in Geneva following postponement and relocation from Sri Lanka due to security concerns.

As human actions threaten more species with extinction than ever before, we are calling on all governments participating in CoP18 to put the precautionary principle at the heart of CITES decision-making and to strengthen protections for species which continue to be threatened by trade. 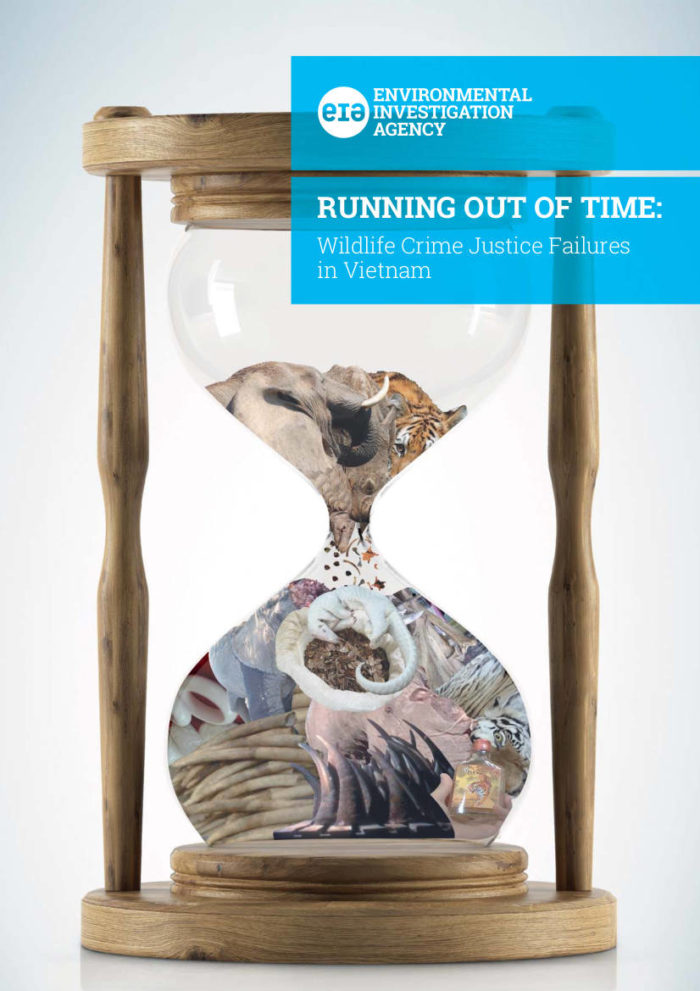 Vietnam has seen the rapid proliferation of organised trafficking networks driving illegal wildlife trade globally – but the response of its Government has been inadequate and disproportionate to the scale of trafficking involving Vietnamese criminal groups.

The country has been implicated in more than 600 seizures linked to illegal trade – including a minimum of 105.72 tonnes of ivory, equivalent to an estimated 15,779 dead elephants; 1.69 tonnes of horn estimated to be sourced from up to 610 rhinos; the skins, bones and other products sourced from a minimum of 228 tigers; and the bodies and scales of 65,510 pangolins. A report commissioned by CITES has concluded that the situation in Vietnam “has worsened considerably” and that it “now functions as the leading destination for illicit ivory, surpassing China (including Hong Kong)” and recommends that the country is treated as a priority under the CITES National Ivory Action Plans process (NIAP).

In the face of this worsening situation, we have researched and prepared a new report for CoP18, Running Out of Time: Wildlife crime justice failures in Vietnam, which includes urgent recommendations for the Government of Vietnam to address its critical role in transnational wildlife trafficking.

We urge CITES Parties to call for the initiation of compliance proceedings to encourage Vietnam to take urgent action to address its key role in illegal wildlife trade.

Laos has previously promised to tackle tiger farms in order to avoid trade suspensions but, despite this, new tiger farms have been established while others have expanded and, instead of acting against them, the Government has sanctioned their conversion into so-called zoos or safari parks.

We previously warned that these would  serve as a front for illegal activities and this has been borne out by farcical attempts to flout the official tiger farm audit and by the seizure of dead tiger cubs in Hanoi from one of the Laos farms.

We are also urging the adoption of proposals to tackle trade in Asian big cats, including specific recommendations put forward by India, home to more wild tigers than any other country. India’s proposals present specific, time-bound actions for key countries to take, including an immediate halt to breeding at captive tiger facilities, sharing images of seized tiger skins with law enforcement and closing domestic markets for big cat products.

In particular, a strong message needs to come out of Geneva from the international community, urging China to end all trade in big cat products. 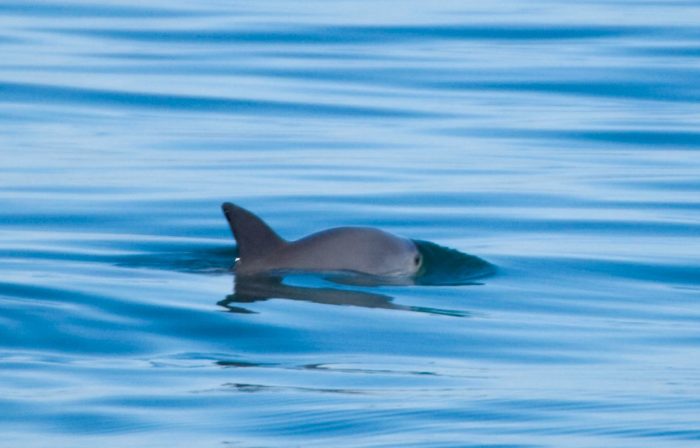 Drawing on the findings of our investigations into the illegal totoaba fish trade in Mexico and China, we have released the new report CITES’s Last Chance: Stop the illegal totoaba trade to save the vaquita urging CITES trade suspensions against Mexico for its failure to protect the critically endangered vaquita porpoise from illegal fishing.

The vaquita, the world’s smallest and most endangered cetacean, is found only in Mexico’s northern Gulf of California and scientists recently announced that as few as 10 are estimated to survive in total – a direct result of rampant and uncontrolled illegal fishing for totoaba, which is poached for its swim bladder or maw. 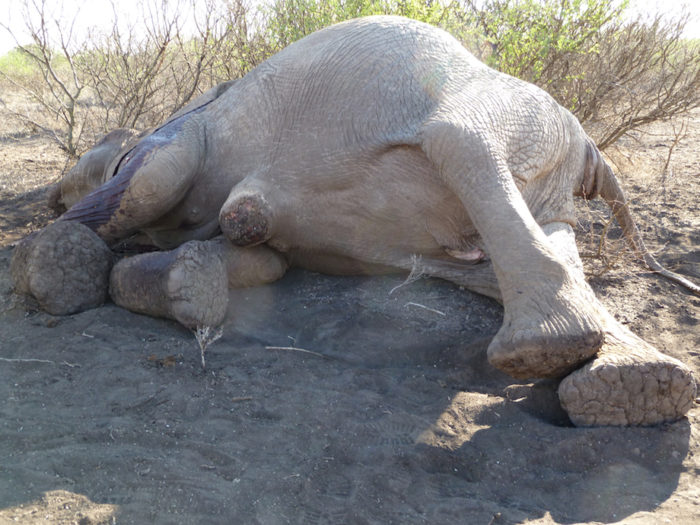 Poaching and ivory trafficking continue to pose a very real threat to elephant populations in southern Africa, despite the current wave of propaganda from pro-trade factions.

Strong measures are needed at CoP18 to ensure the situation does not spiral out of control, especially with  Botswana, Namibia, Zambia and Zimbabwe having submitted two proposals to actually decrease elephant protection and resume the international ivory trade – a practice we had hoped would never be repeated after we saw the repercussions on elephants the last time such a trade took place, in 2008.

Botswana, Namibia and Zimbabwe have submitted a proposal which would allow them and South Africa to sell their stockpiles of ivory while Zambia has submitted a separate proposal to decrease the protection of its elephant population with a view to selling its ivory stockpile.

We call on Parties to roundly reject these proposals and to ensure that decision-making at CoP18 either increases or maintains existing protective measures for elephants. 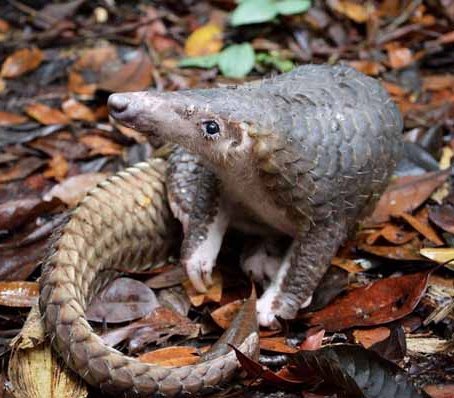 Despite the 2016 uplisting of all eight pangolin species to Appendix I, the transnational illegal trade in their scales and body parts continues on an industrial scale.

Numerous parties are linked to high volumes of illegal pangolin trade, including China, Nigeria, Thailand and Vietnam. We are pressing CITES Parties to call for strengthened enforcement efforts in these countries to disrupt pangolin trafficking networks, including the use of anti-money laundering laws.

China’s domestic market for traditional Chinese medicine products containing pangolin scale is a major driver of the trade and we are proposing that the Secretariat adopts decisions urging China to take steps towards closing its domestic pangolin market and to report on progress.

Previously there has been debate amongst Parties over the trade in Appendix I specimens legally acquired before uplisting from Appendix II. In its report on the issue for CoP18, the Secretariat has concluded that the rules of the Convention should apply at the time when two Parties trade specimens rather than when they were collected from the wild. We are calling on CoP18 to support the Secretariat’s legal analysis on this.

* CITES’s Last Chance: Stop the illegal totoaba trade to save the vaquita .

* Running Out of Time: Wildlife crime justice failures in Vietnam 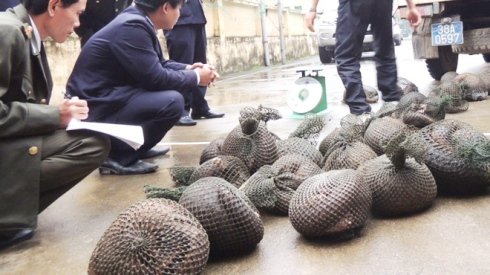 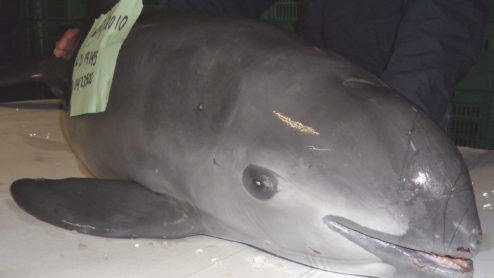