Over the past few years, pangolins have received a considerable amount of media coverage.

But instead of the attention focusing on the remarkable characteristics of these animals, such as their unique scaly morphology or their ecological role, most reports have been on large-scale seizures of their bodies and parts by law enforcement authorities across Asia and Africa.

Since the start of 2019 alone, there have been six separate seizure incidents, each weighing several tonnes. Four of these were destined for either China or Vietnam.

China is recognised as a major pangolin consumer country and shipments destined for it often transit Vietnam. Our research estimates that the six seizures represent approximately 91,000 individual pangolins, all of which were most certainly taken illegally from the wild.

For a species with low reproductive rates and severely reduced wild populations across many parts of its range, this level of exploitation is not at all conducive to their long-term survival. The most significant drivers of the global illegal trade are their consumption for meat, traditional Chinese medicine (TCM) and, increasingly, jewellery.

Attempts to address this global trade have been made, most notably through the up-listing of all pangolins to the Convention on International Trade in Endangered Species of Wild Fauna and Flora (CITES) Appendix I in 2016, which prevents countries from legally trading wild-sourced pangolins with each other. But the effectiveness of CITES is dependent on domestic efforts to protect pangolins, including strong legislation, demand reduction efforts and international inter-agency cooperation to enforce the Appendix I listing.

In many countries across Asia and Africa, pangolins are a protected species and their killing, trade and consumption is illegal.

In Vietnam, for instance, both native and non-native pangolins are afforded legal protection and there are strong penalties for pangolin trafficking, especially when conducted in large volumes and by criminal syndicates. 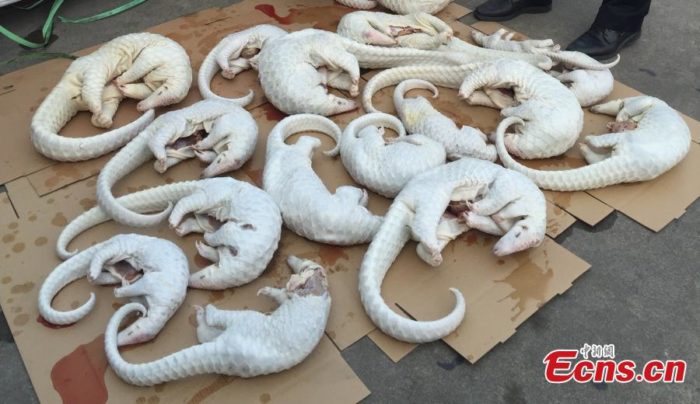 In China, the protection of pangolins is more complicated. Even though the killing and harvesting of pangolins in the wild is illegal, pharmaceutical companies are licensed to produce medications containing pangolin, which can be sold in designated hospitals. Public records from provincial departments of China’s State Forest and Grassland Administration show that between 2008-15, quotas for the sale of 186 tonnes of pangolin scale stockpiles were approved.

The roots of pangolin scale usage in TCM goes back to 16th century Ming dynasty in China. During this time, the Chinese scientific naturalist Li Shizhen consolidated a written text with methods to produce 1,800 medicines using plants and animals. In this, the Chinese pangolin scale was described as a highly valued treatment and a formula for its processing into medicine was described. It is stated that pangolin TCM products can treat inflammation and stimulate blood circulation and lactation.

This medical notion continues to the present day and Chinese pangolin is included in the TCM section of the Chinese Pharmacopeia, a four-volume document complied by the Chinese Ministry of Health. This document is the basis for TCM practice and, for many practitioners the inclusion of pangolin justifies the legitimate use of scales in Chinese medicines.

Traditional Chinese medicine product made with pangolin, via yaozs.com

While pangolins are consumed in many countries, addressing the current global illegal pangolin trade crisis is dependent on a cultural shift away from the use of scales in TCM.

The most progressive solution to achieve this would be for the Chinese Government to take a leadership stance by designating the use of pangolin scales in TCM illegal. On the global stage, this would portray an image of a country that acts in response to serious environmental issues, realising the vision of Ecological Civilisation promoted by President Xi Jinping.

If it fails to do this, future generations will instead remember China for the role it played in the loss of one of the world’s most iconic species.

• Chris Hamley joined EIA in December 2018 as the Senior Pangolin Campaigner after working in international field conservation for six years. He has worked on various protected area management and wildlife monitoring projects targeted at eliminating threats to important wildlife populations in complex contexts. Much of this work has involved working closely with local partners. He has worked for extended periods in Cambodia, South Sudan, Nigeria and Belize. 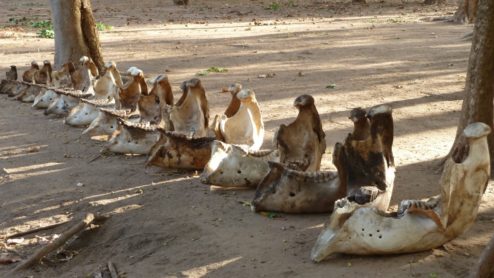