Leopards are Asia’s most trafficked big cat, with more than 4,900 seized from illegal trade in Asia since 2000 – but despite this, new evidence indicates the Government of China is issuing permits to trade and use their bones.

Illegal killing for their body parts is one of the main threats to the survival of leopards in the wild. The number of animals seized from trade most likely represents a mere fraction of the parts being trafficked.

Leopards have been listed on the Convention on International Trade in Endangered Species (CITES) Appendix I since 1975, its highest level of protection. 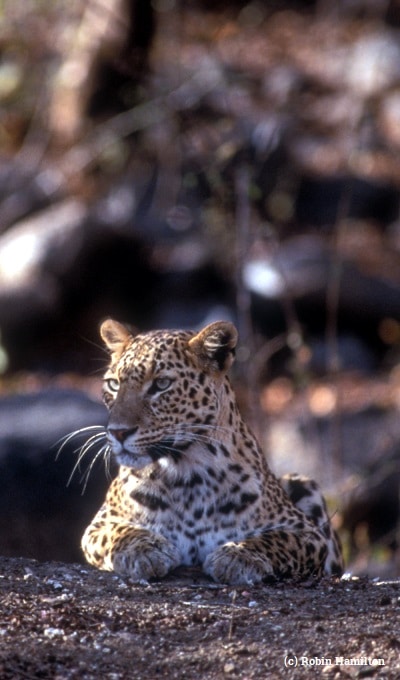 The illegal trade in leopard bones is primarily to meet demand from Chinese consumers; it is used in similar ways to tiger bone, steeped in rice wine to produce health tonics and used to produce traditional ‘medicines’.

Leopard bone has also been used in production of products similar to those which would traditionally have contained tiger.

Despite the dire straits in which the leopard finds itself, a copy of a permit posted online appears to show that, on 16 March 2018, China’s State Forestry Administration (SFA) gave permission for an individual acting on behalf of a pharmaceutical company, Sichuan Qianfang Chinese Medicine Stock Co Ltd, to sell 1,230.5kg of leopard bone to a second company, Inner Mongolia Hongmao Pharmaceutical Co Ltd, to use in production of Chinese medicine products. The authenticity of the permit is confirmed by the SFA’s own website.

Hongmao Pharmaceutical manufactures a widely available ‘tonic’ wine, Hongmao Yaojiu, which includes leopard bone among its ingredients. Figures declared by the company indicate it may be using the bones of 90-130 of leopards every year.

Given the amount of leopard bone involved and the small size of China’s leopard population, it is highly likely the bones in question were sourced illegally from leopards killed outside China.

It has since emerged in Chinese news media that, according to local authorities, the seller declined to provide the necessary proof of legal origin of the leopard bone. Despite this, Government authorities sanctioned the sale.

Hongmao Yaojiu is just one of at least 35 medicinal products which list leopard bone as an ingredient and which appear to be being manufactured and sold in China.

When China revised its Wildlife Protection Law in 2016, we raised serious concerns about loopholes which allowed legal trade in protected species for the purpose of “scientific research, captive breeding, public exhibition or performances, heritage conservation or other special purposes”.

This case appears to demonstrate how the heritage conservation loophole is now being exploited to sanction large-scale, commercial trade in leopard products – a loophole which could just as easily be used for trade in tigers, elephants and rhinos.

By continuing to allow legal trade in their bones, China is helping to maintain and stimulate the demand for leopard parts which is a major factor driving their decline.