As part of its ongoing campaign to tackle wildlife crime by targeting the huge sums of money involved, EIA is calling on financial institutions with a footprint in East Asia to step up efforts to identify and act on transactions linked to the illegal wildlife trade.

Our new briefing Tackling Financial Flows from Illegal Wildlife Trade in East Asia, produced in conjunction with partner NGO Liberty Shared, demonstrates how the main markets for the bulk of illegal wildlife products are to be found in East Asia yet not enough is being done to identify suspicious transaction and to ensure wildlife criminals are excluded from the formal financial system. 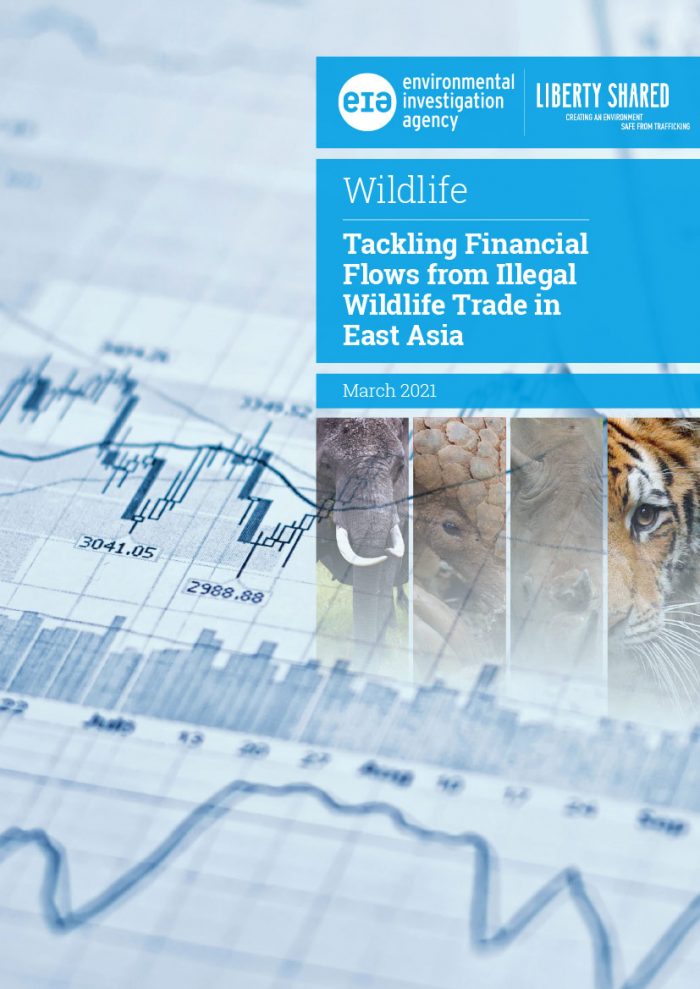 Julian Newman, EIA’s Campaigns Director, said: “The bulk of the profits from the multi-billion dollar illegal wildlife trade are accrued in the major markets of East Asia.

“Our in-depth analysis shows that wildlife criminals are using the formal banking system to launder the proceeds of their crimes and are largely getting away with it undetected.”

On Tuesday, he presented the findings of our report and made the case for action to a gathering of representatives of banks in a webinar organised by Liberty Shared.

A recent report by the UN Office on Drugs and Crime, which analysed global wildlife seizures, found that the top three animal species seized between 2014-18 by value were elephants, pangolins and rhinos – collectively, they accounted for 56 per cent by value of all wildlife during the period.

The main consumer markets for all three of these endangered species are in East Asia.

EIA has produced a series of case studies identifying the financial flows linked to specific forms of illegal wildlife trade and major seizure incidents. In 2017, we exposed the activities of wildlife crime syndicate based in the town of Shuidong, in southern China, which had been trafficking ivory tusks and pangolin scales for a decade. Analysis revealed how syndicate members received payment from buyers into their personal bank accounts and those of family members, confident they would escape detection. 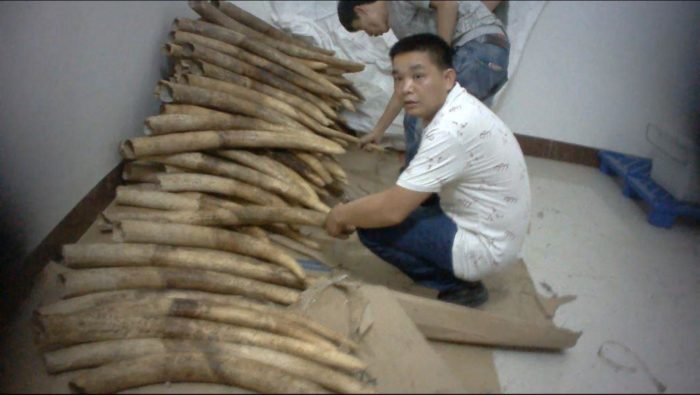 In another case, based on the seizure of 4.8 tonnes of ivory valued at $5.9 million in Tanzania in late 2013, the smugglers used a network of front companies spanning Tanzania, mainland China and Hong Kong to move their money around; in just one day, half a million dollars in cash was transacted through a Tanzanian bank account linked to one of the front companies – but a suspicious transaction report was not made to the authorities by the bank.

The failure is widespread. A report by the Financial Action Task Force (FATF), the global standard-setter for actions against money laundering, found that only 13 out of 45 jurisdictions analysed had received at least one suspicious transaction report related to wildlife crime in the past five years.

There are emerging signs that financial regulators are beginning to take the issue of illegal wildlife trade more seriously. In mid-March, Thailand’s Anti-Money Office seized cash and assets linked to a notorious wildlife trafficker previously arrested for smuggling 14 rhino horns.

Newman added: “Private sector banks have a vital role to play is ensuring that wildlife criminals cannot hide their ill-gotten gains in the financial system.

“They can start by assisting governments to follow the money and reduce the profit incentive behind illegal wildlife trade, helping the authorities to build anti-money laundering cases and to seize of assets.” 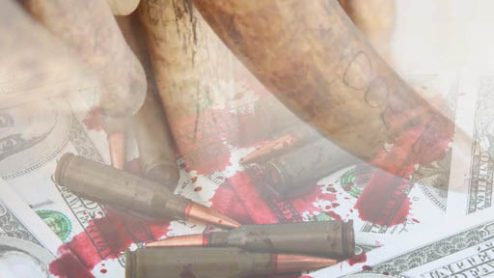