Illegal wildlife trade is one of the most lucrative forms of transnational organised crime, generating billions in profits every year.

This blood money fuels further environmental crime, drives corruption and undermines sustainable development and conservation – but it is all too rarely targeted in criminal investigations. 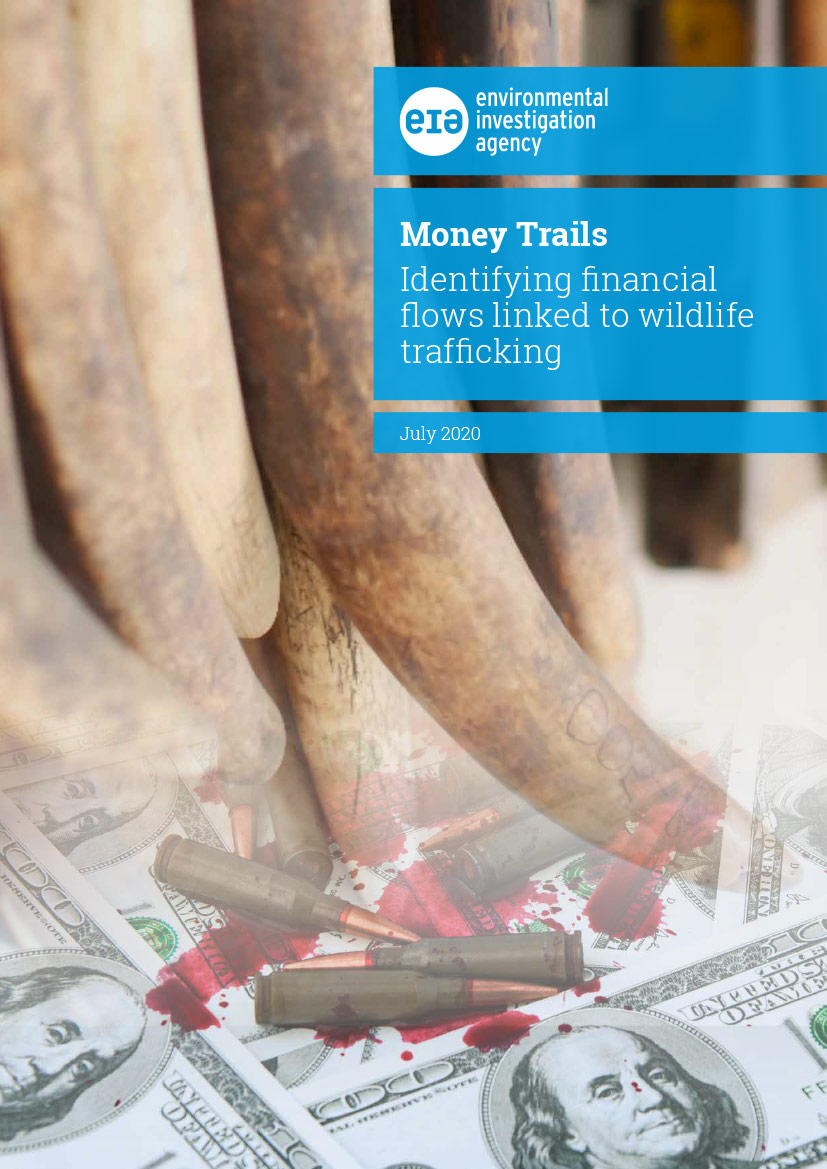 As well as an analysis of the barriers standing in the way of better enforcement, the report also provides case studies of two major EIA investigations which were able to pinpoint and follow the money trails – both the operational funds to facilitate the crimes and where the massive profits went afterwards.

Julian Newman, EIA Campaigns Director and author of the report, said: “For far too long, and until relatively recently, illegal wildlife trade wasn’t seen as a particularly serious form of crime.

“Perhaps as a result of this, a lot of opportunities have been missed; for example, major seizures of wildlife contraband such as elephant ivory or pangolin scales have been used more publicity purposes than for their investigative value in following the evidence to the key players behind the scenes who don’t get their hands dirty – although they do get them on the profits.

“But there are signs this is changing. Last week’s report Money Laundering and the Illegal Wildlife Trade from the Financial Action Task Force, the global standard setter for anti-money laundering measures, gave a lot of useful guidance to countries on measures they can take.

“Hopefully, countries will start thinking more seriously about their exposure to risk from wildlife crime and what they need to do to more effectively combat it – especially in terms of getting financial experts involved in the investigation of wildlife crimes from the very start.”

The EIA case studies also reveal widespread use of the formal financial system by wildlife crime syndicates and the important role banks can play in detecting and reporting suspicious transactions linked to illegal wildlife trade.

Newman added: “The  bosses  of the illegal wildlife trade aren’t untouchable and the tools to go after them are increasingly available – we need to follow their money to put them behind bars.”